RacingJunk News > News > The Return of the Ford Bronco 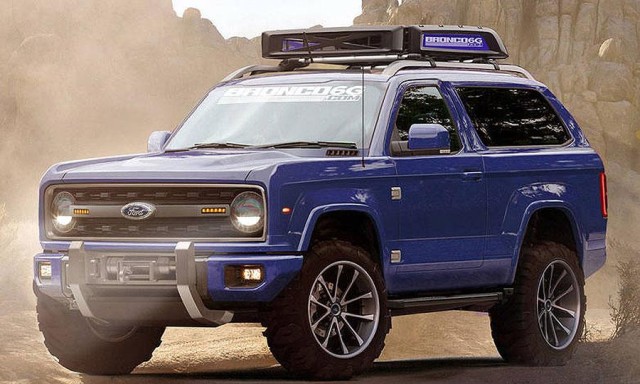 One of the most iconic vehicles ever released by the Blue Oval is getting a reboot for 2017, and we’re waiting with bated breath. Though this car is far from the outlandish, wacky, 2004 concept car, it still retains some of that oddly-proportioned charm – think of a squished F-150. Short, stout, compact, and brickish, the new Bronco is going to appeal to a wide variety of people; mostly those who still have a sentimental attachment to the classic mini-truck.

Along with those classic lines and boxy frame, the new Bronco, built on the Atlas platform, will use two-bar LED lights up front to bring the aging design into the 21st century and improve visibility in adverse conditions. After all, this is a Bronco, and it will likely stray from well-lit boulevards and main drags.  The interior receives the VIP treatment, and benefits from Ford’s new standards on interior amenities. Leather, touchscreens, and SAT-NAV are all there, and the headroom available from the relatively tall vehicle allows for five to sit comfortably. 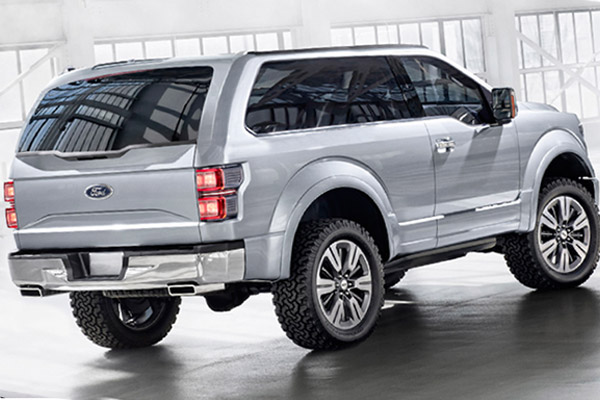 The current EcoBoost turbocharged V6s are likely to make an appearance, and based on the size and the designation of the vehicle, a suitable fit. However, there’s been talk of the Power Stroke helping the mini truck over longer distances, and carry heavy loads if the owner so wishes.

For those who want a little extra gusto, Ford plans to offer their snarling Coyote motor, which with 5.0 liters of displacement chuck out 420 ponies. Yet, there’s even more in store for the hot rodder – though speculated, the 5.8-liter, supercharged motor fresh out of the GT500 could make an appearance, though it’s fair to assume gas prices would have to stay reasonably low to facilitate this fire-breather. For the faster versions of the Bronco, rumors of a six-speed manual have been circulating. 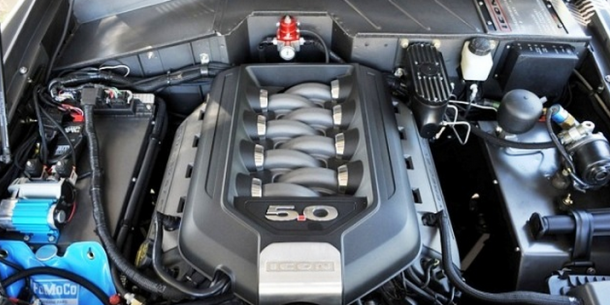 The Bronco will use a 4WD/RWD layout and independent front suspension, while retaining a solid axle at the rear. Thanks to a lightened chassis the result of seven years of weight reduction with the F-150 platform, the car will be able to negotiate tight corners and narrow trails well, though it’s probably not going to be as quite as focused, nor as rugged as a comparable Jeep. However, this means the Bronco will be a more refined car that gets around town slightly better and outside of the realm of off-roading, will likely be the more livable car. 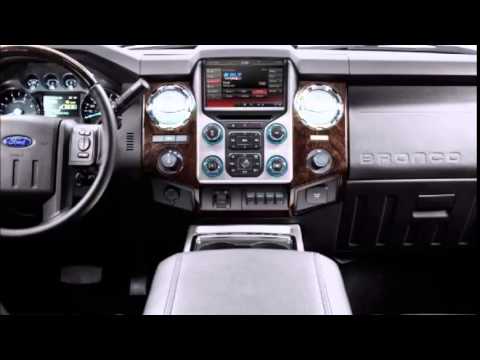 Yes, the Bronco and Bronco II of the 1980s had a certain reputation for flipping in the tighter corners, but rest assured – modern suspension design and weight allocation will keep the shiny side up at all times. At a starting price of roughly $30,000 it should be an attainable item for many, and its versatility and variety will make it an attractive buy for those who can’t quite justify owning a truck that is impossible to park, but would still like ample legroom and a 4×4 layout for that occasional dirt path blast. And the best part – it’s going to be built in Michigan.