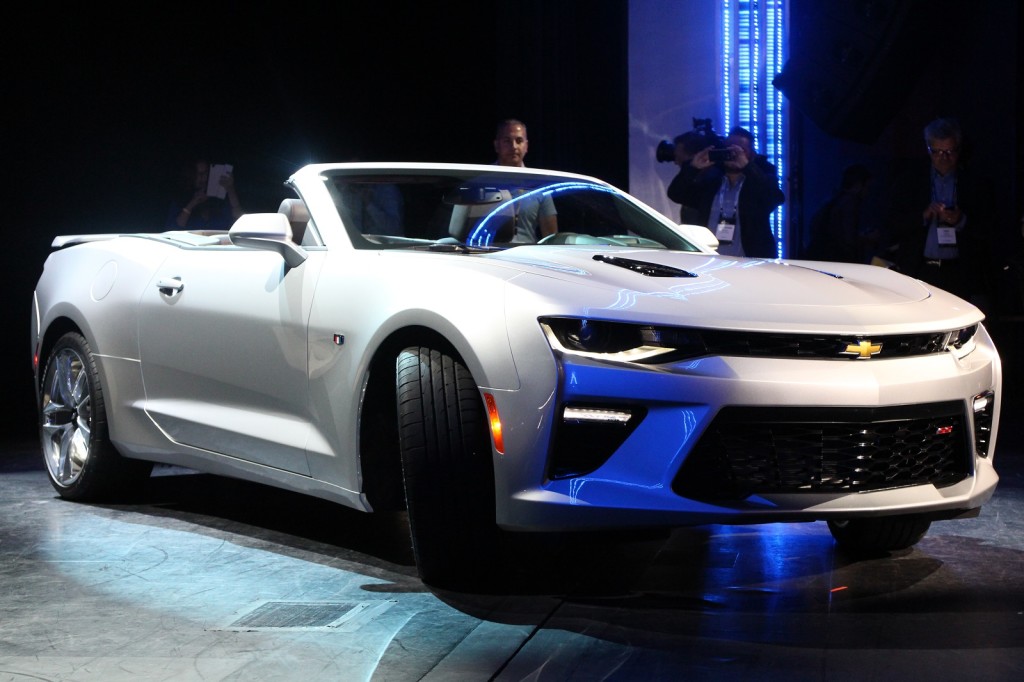 The 6th generation Camaro Coupe released just one month ago was definitely a sight for sore eyes. Now Chevrolet has revealed the Convertible alternative for those who want the face-lift and removable hat. Unlike other convertibles that lose a fair amount of performance by altering the structure this 6th generation example benefits from a stiffer, lighter structure that helps reduce total weight by 200punds compared to the 5th generation Camaro. The base model will come with a 2.0-liter turbo four, rated at 275 horsepower. It will be joined by a 3.6-liter V-6 model with 335 hp, and at the top of the range, for now at least, will be a V-8-powered SS with a 455-hp 6.2-liter LT1 V-8 borrowed from the Corvette Stingray. Transmissions will include six-speed manual and eight-speed automatic units.