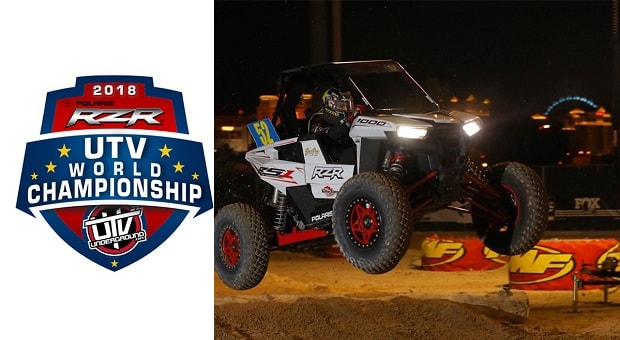 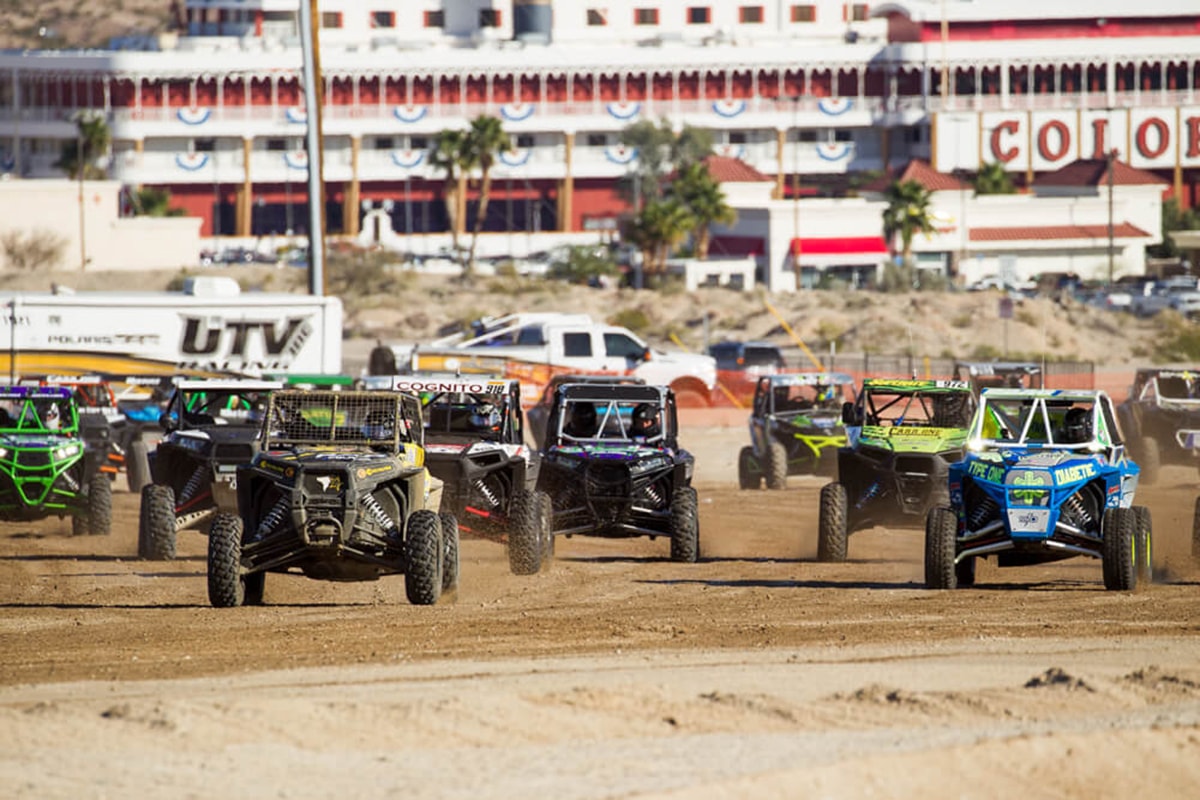 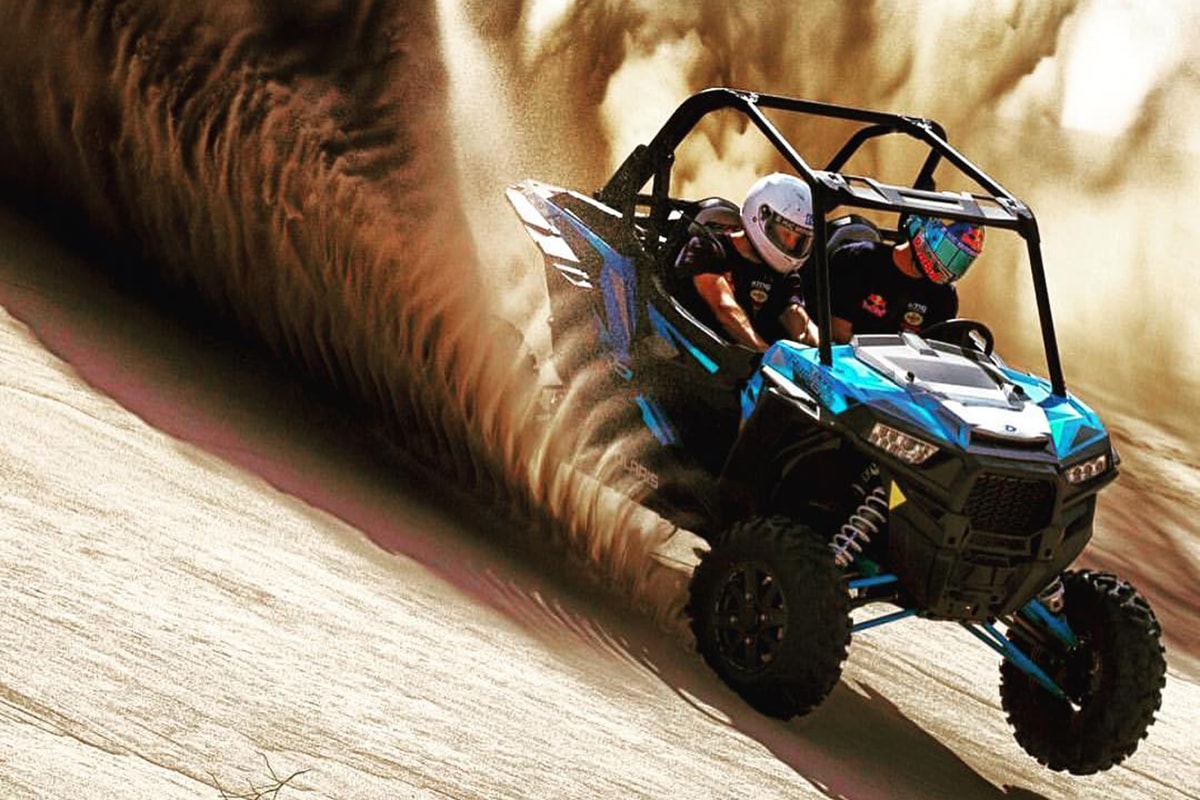 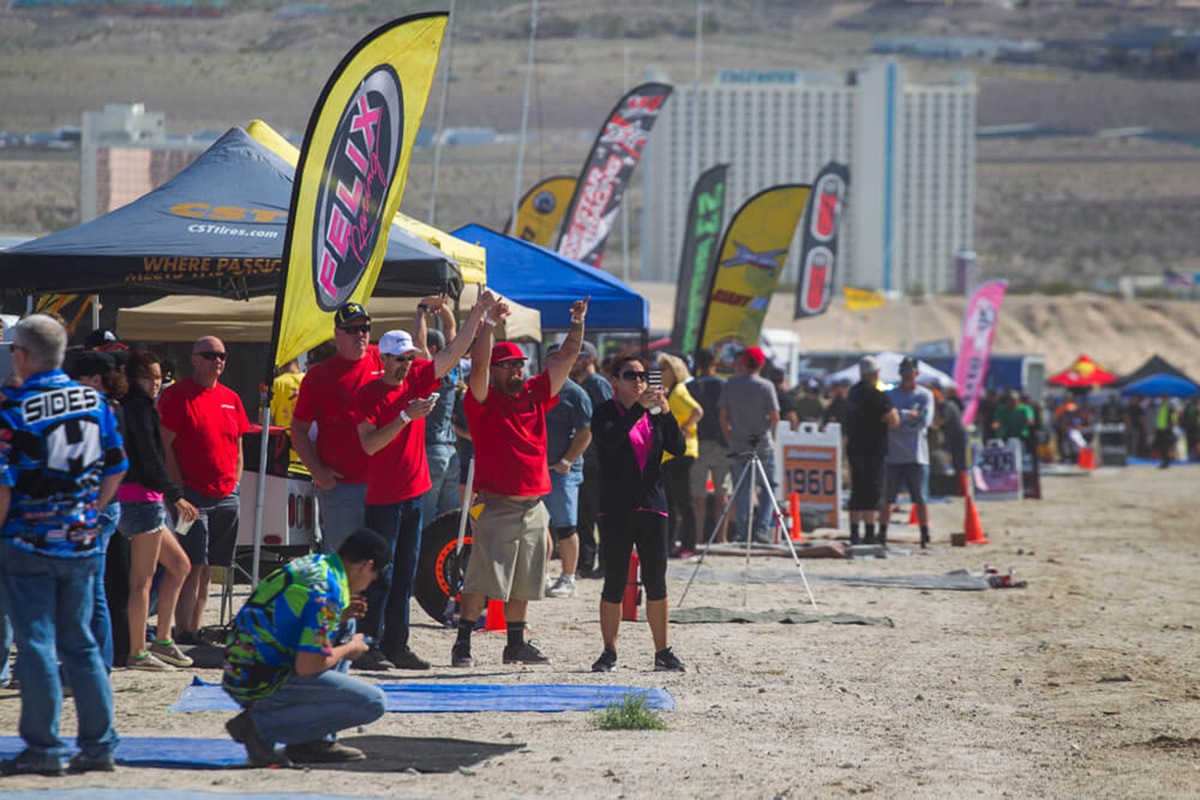 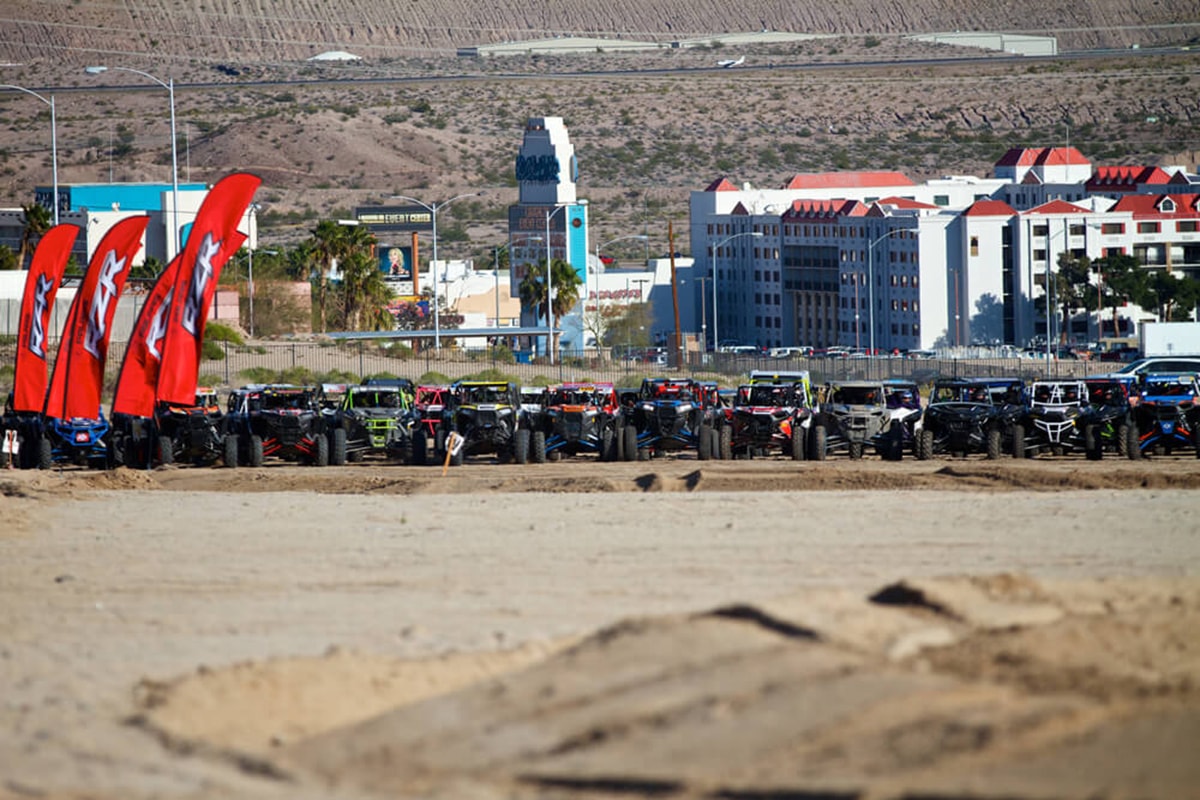 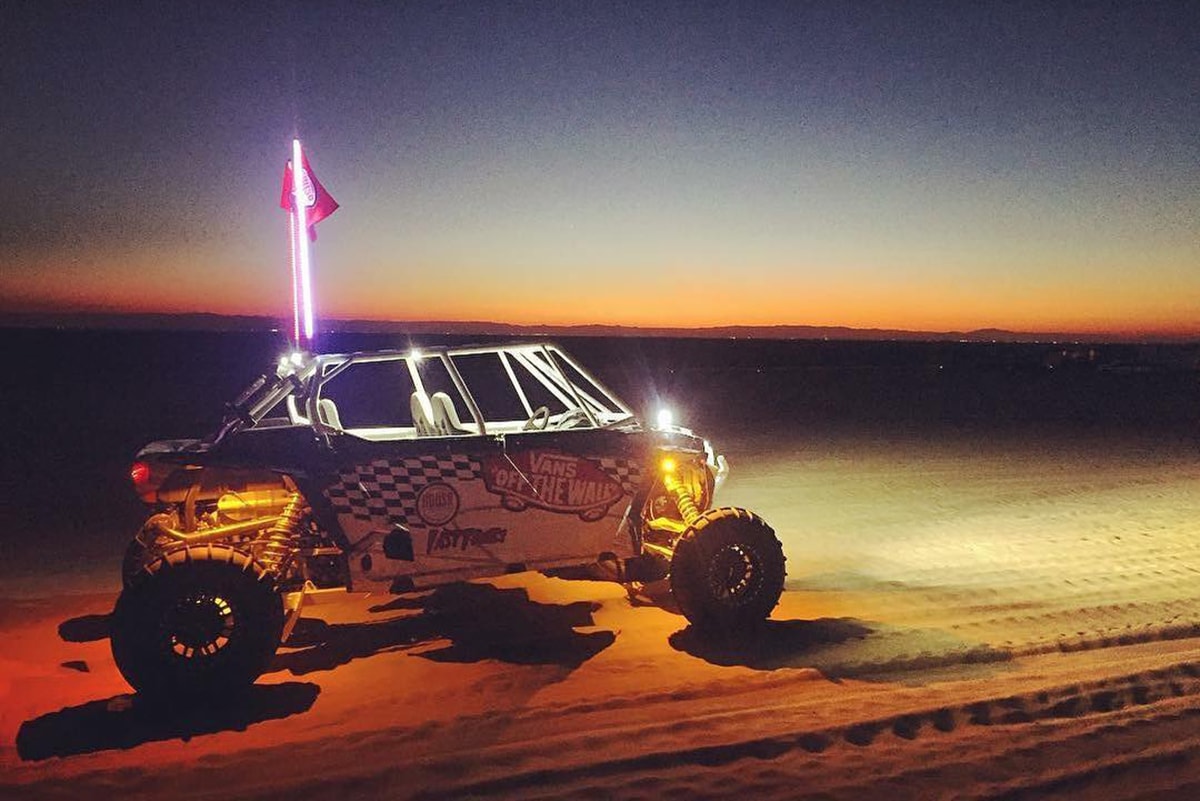 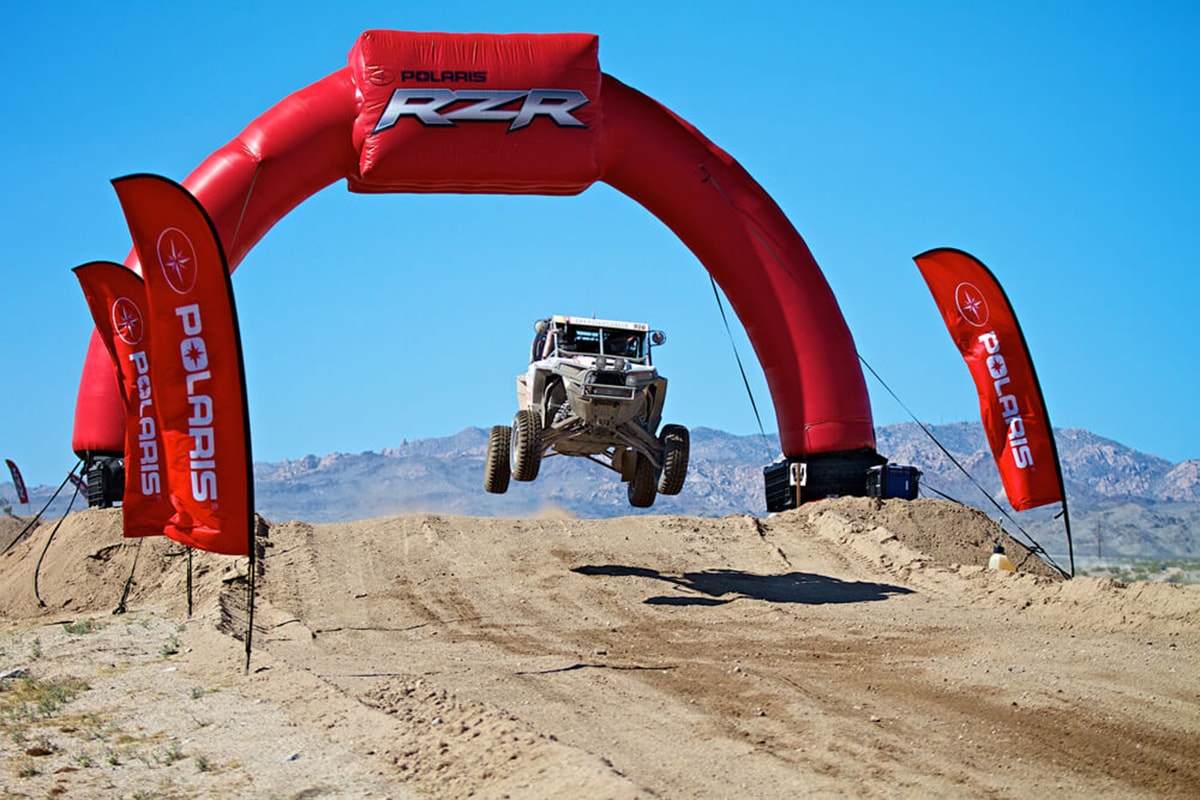 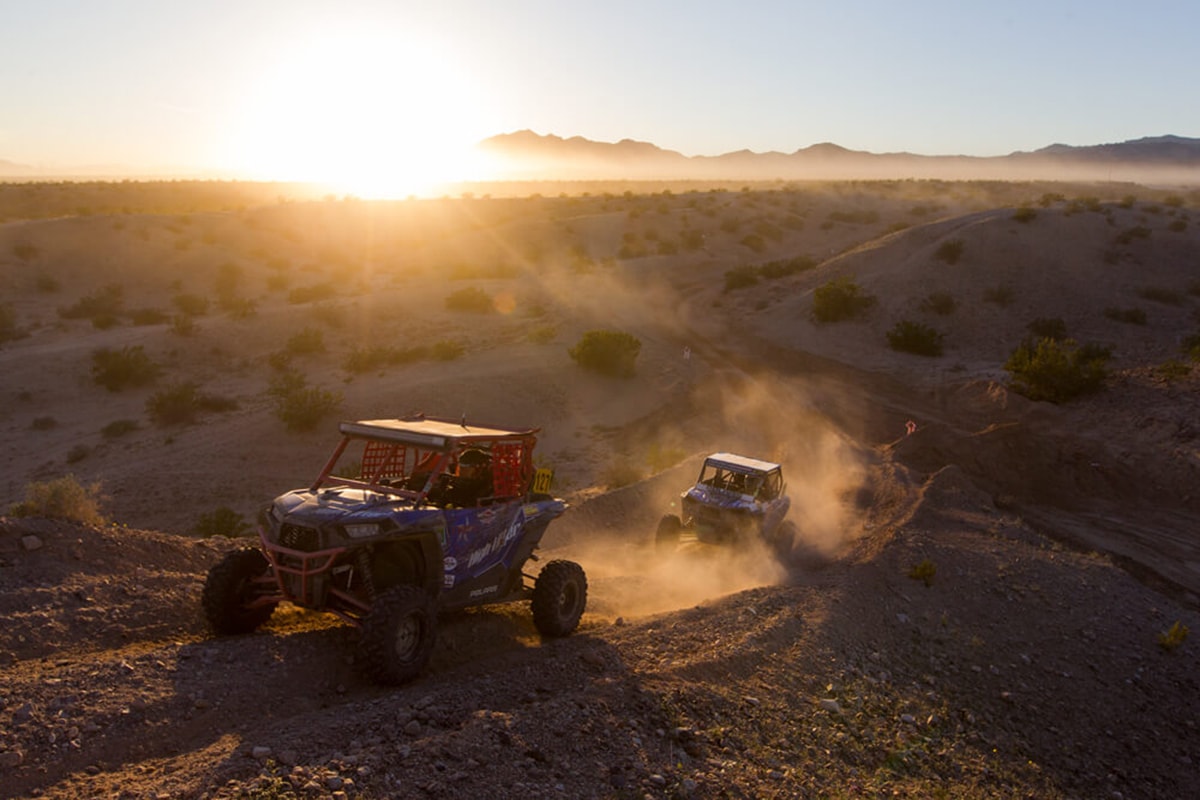 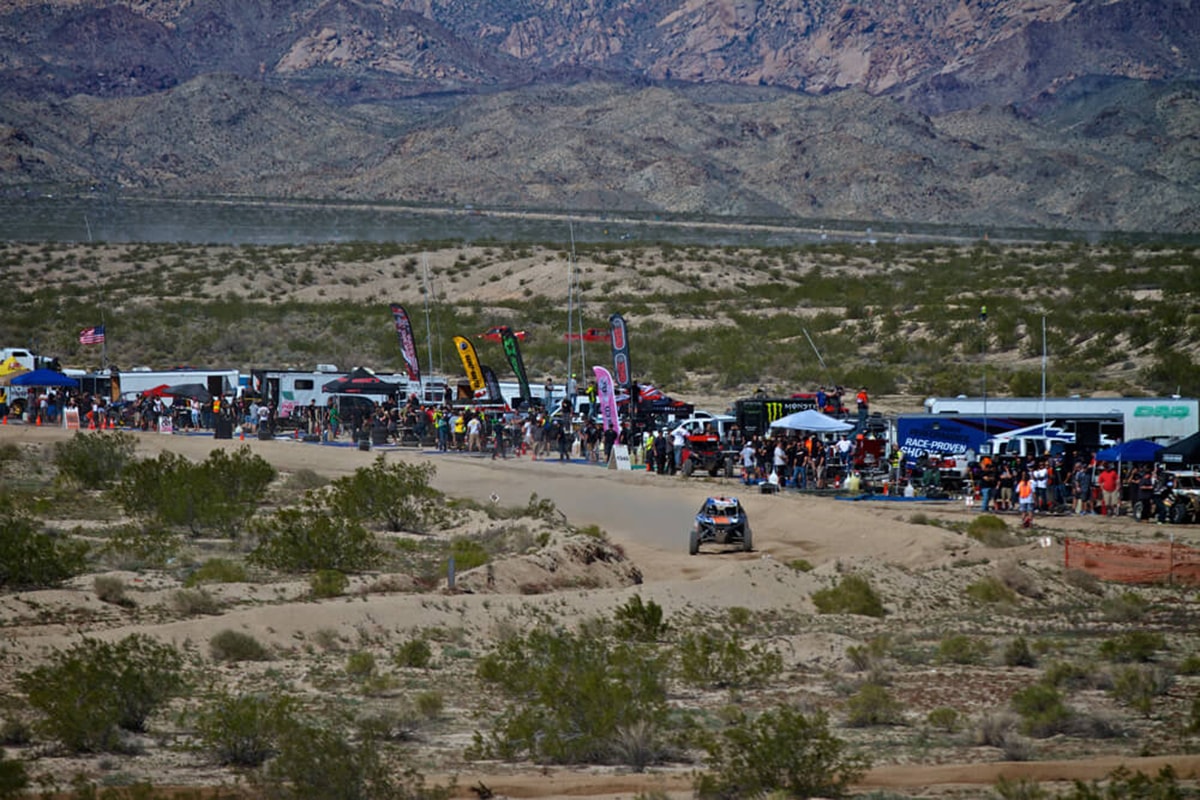 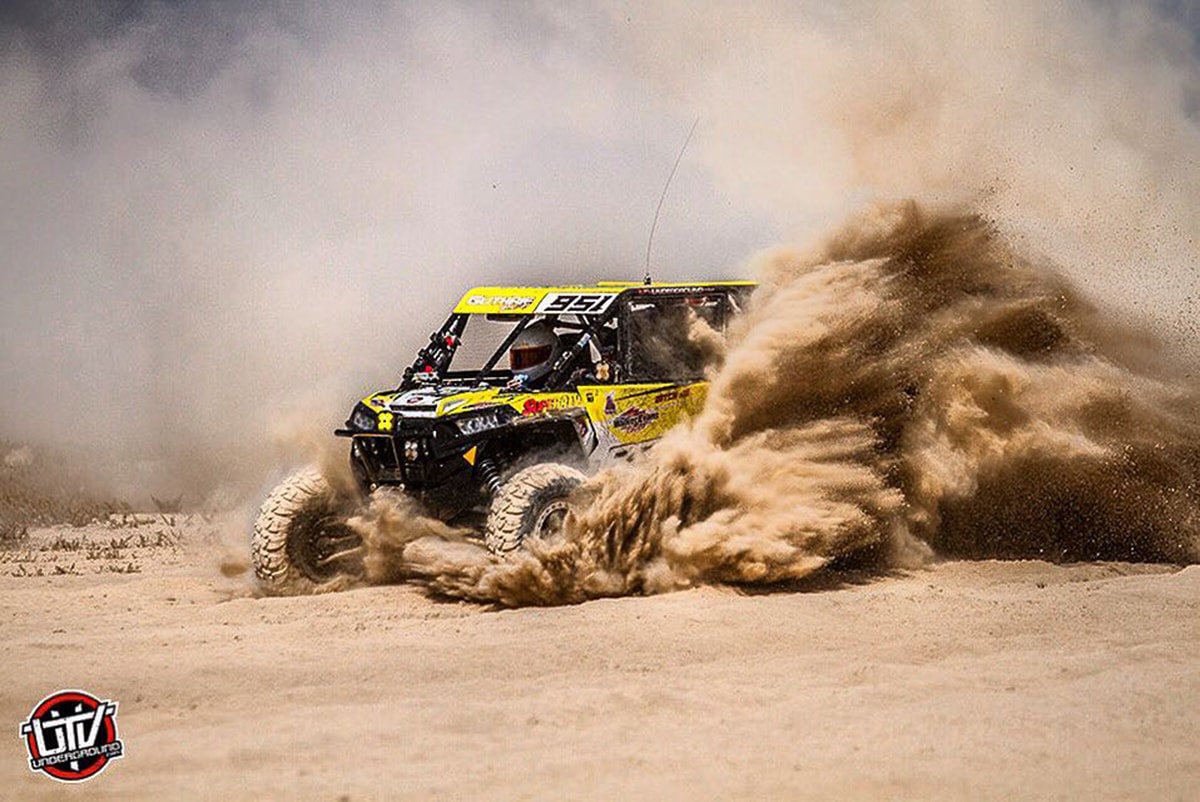 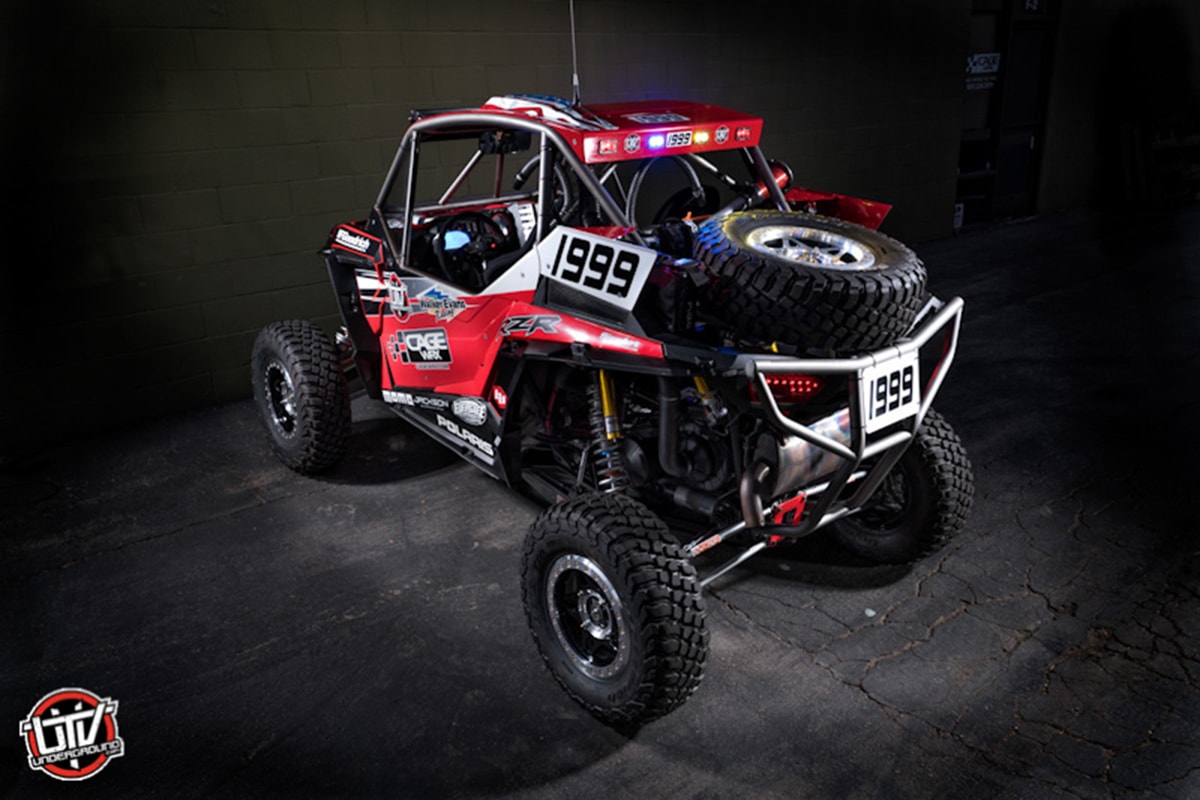 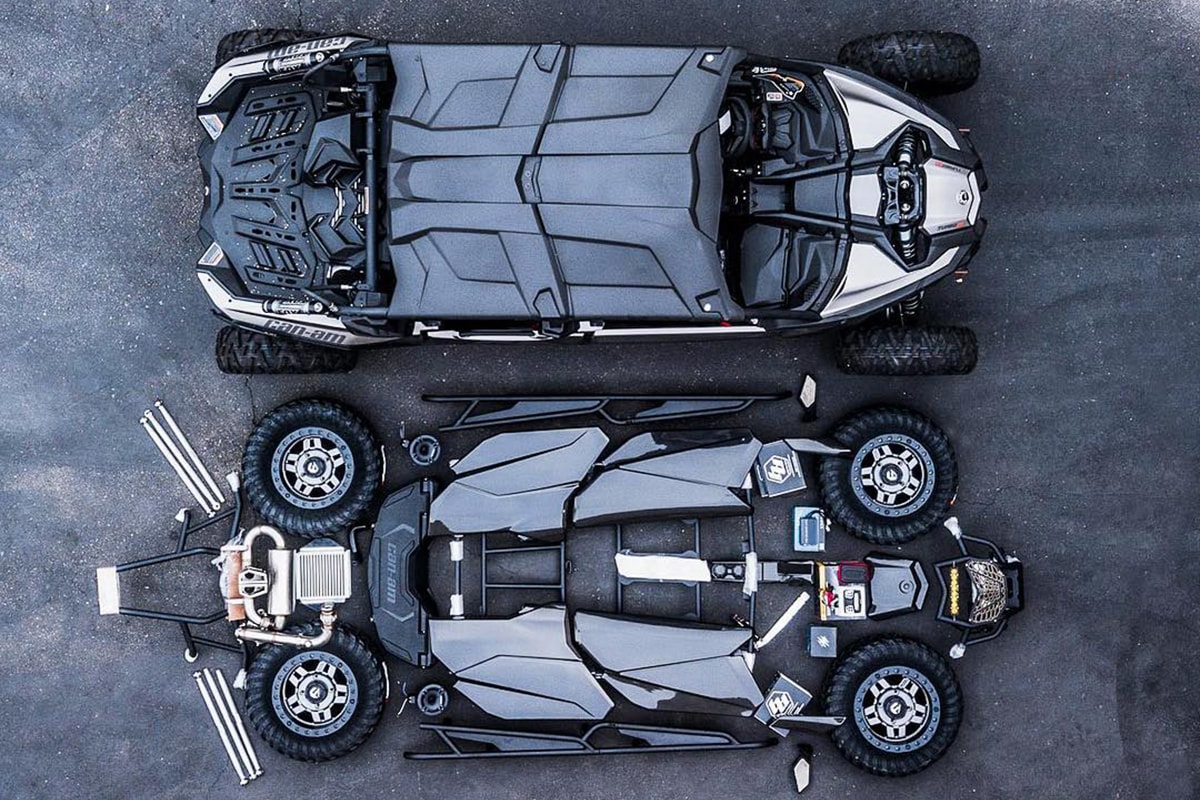 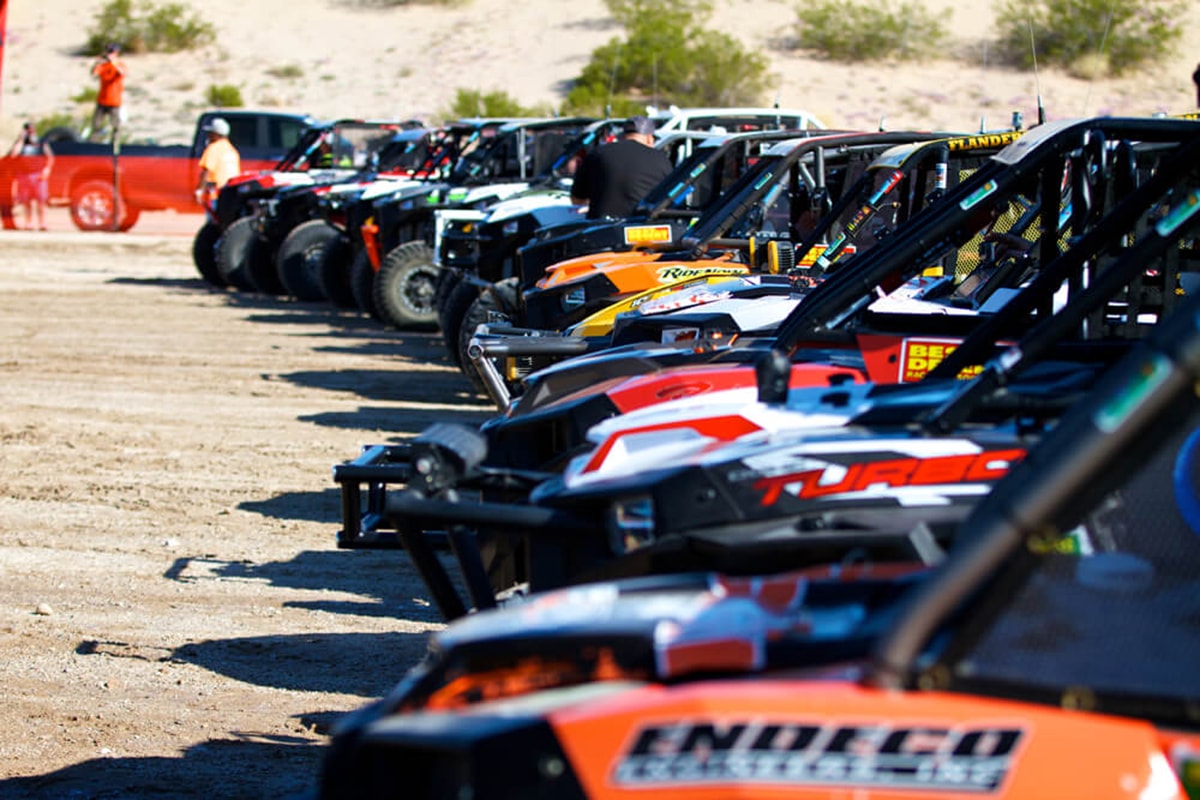 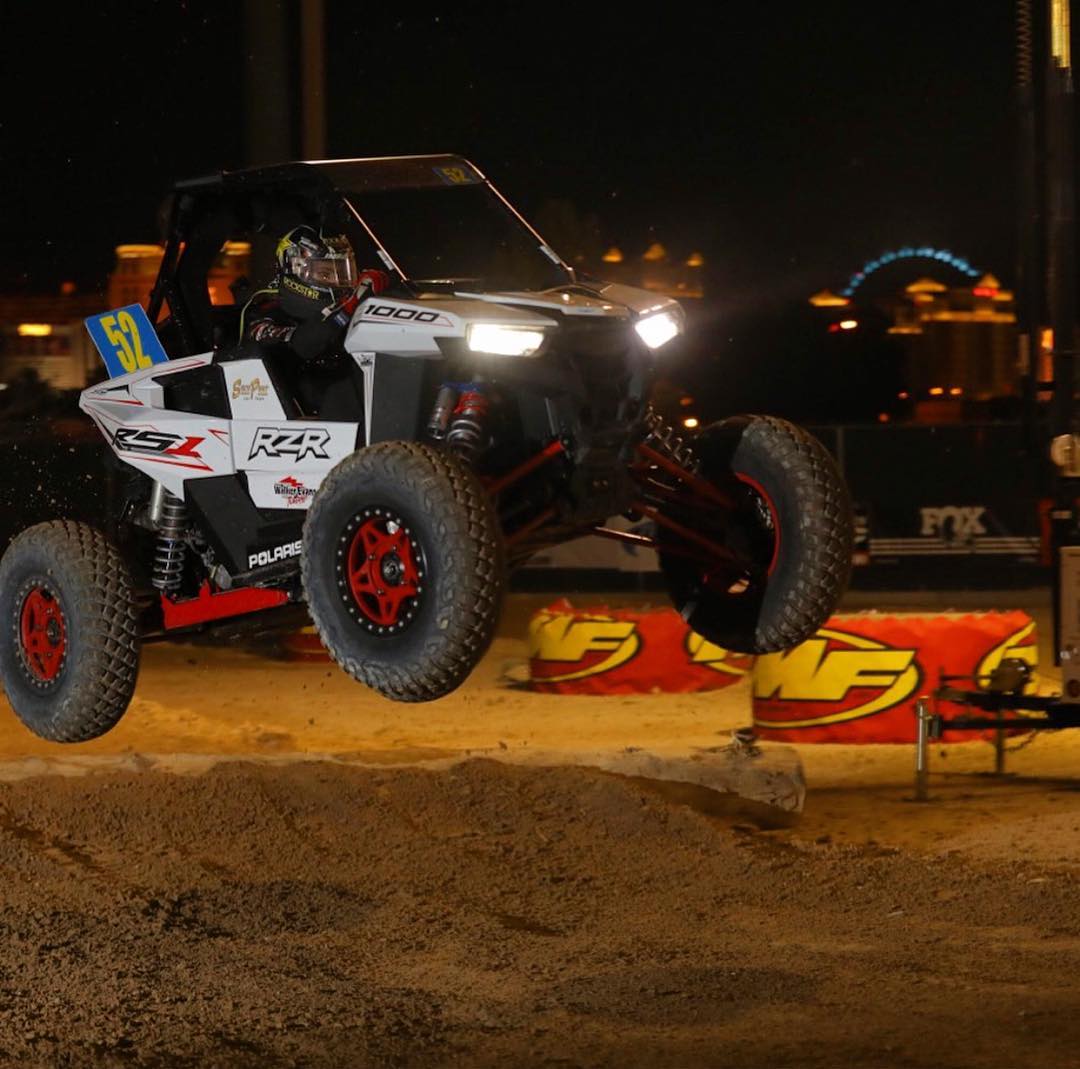 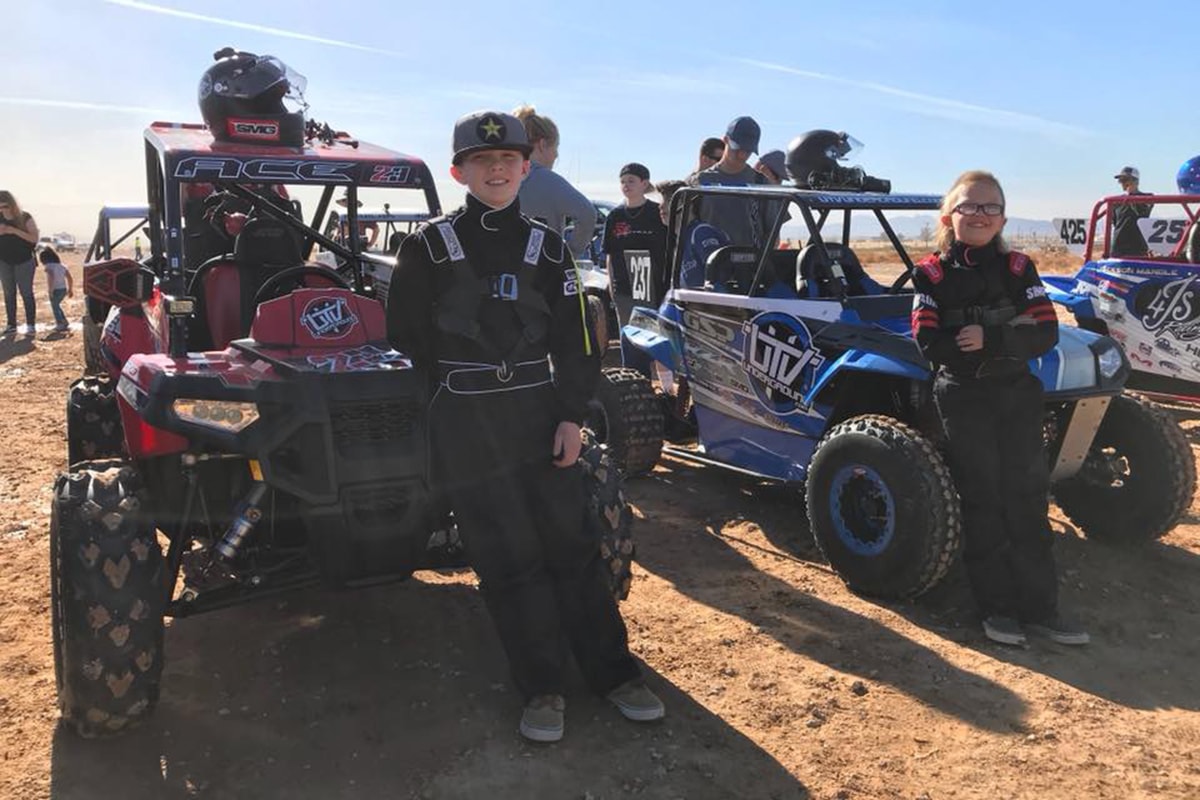 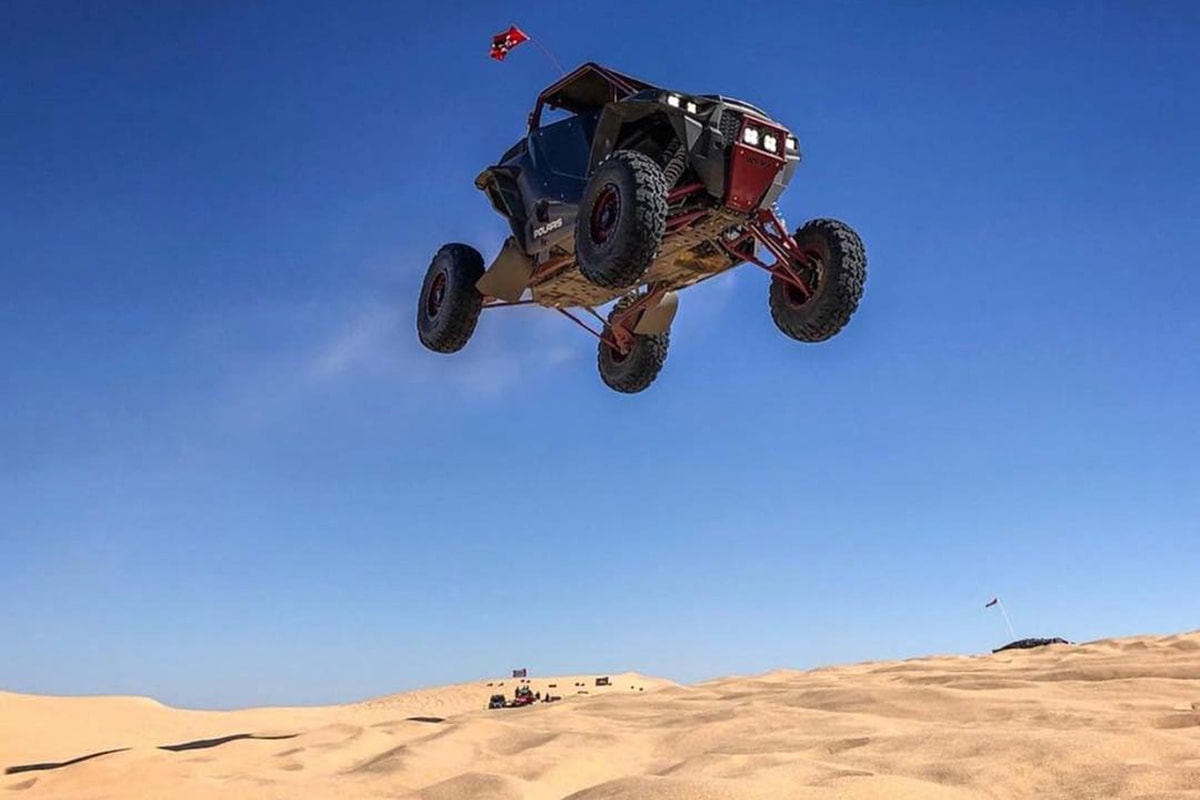 The Polaris RZR UTV World Championship Powered by Monster Energy is returning to Laughlin, Nevada April 5. Last year’s event was awesome and this year promises even more. We spoke with event co-founder Matt Martelli about what fans and spectators can expect to see this year and learned a little about the history of the event. We also spoke with Matt about UTVUnderground.com, the owner of which, Joey DiGiovanni, is the other co-founder of the event.
According to Matt, UTV Underground “is the Skateboard Magazine of UTV culture. Rather than being the typical magazine with just product reviews and basic content, we try and focus more on lifestyle content.” Joey saw a need for a media outlet specializing in just the UTV culture to help grow the sport and the site. He got with Matt and his brother to help with promoting the site and the sport.
They started producing videos showcasing RJ Anderson and his UTV driving talents, as well as what the machines can do. Matt says his involvement started out lukewarm (“I thought it was just an overgrown golf cart!”), but once he got to drive one of the UTVs, he was hooked, and helping build the sport has become a passion of his.
Matt likens Joey to a visionary of the UTV culture. “Joey was an early adapter, starting out with the old Yamaha Rhino and early Kawasaki models.” The first UTV Matt drove was a Wildcat, which he drove at a test in Barstowe, Maine. He was “blown away that you could have a vehicle for under $20,000 and have that type of experience in. It was amazing.”
Matt says that he and Joey sat down one day and had a brainstorming session. They realized that the sport of UTV racing was terribly fragmented; some drivers competed solely in mud racing, some in trail racing, some in short course racing and others in desert racing. The UTV World Championship brings them all together - Short Course with WORCS, desert racing's group Best in the Desert, trail racing and a few other disciplines.
The guys realized they needed to bring all those disciplines together. They also wanted to show how dynamic the vehicle platform was and how essentially all off-road is the same. “As cultural cheerleaders or leaders of off road-road culture, we’re always looking at ‘how do we fix things, and make things better?’ You know for years, we sat on the sidelines and looked at different events and what they do good and what they bad.”
To get the ball rolling, four years ago they pooled their resources and bought The Mint 400. The Mint doesn’t crown a national or world champion, just a race winner. This premier race is considered the best off-road race in the world. With the UTV World Championship, they wanted to do it again. “We wanted to make a race that was approachable to someone that had never raced, but still fun and competitive to the top guys.” Matt stressed that this is one of the few racing events at which it’s completely free to spectate.
Matt says that most competitors in the UTV World Championship will be divvied up between two main classes: the short course race and the desert race. There will also be racing for kids, something that the UTV World Championship was the first to introduce. The kids will be racing 170s and 570s. Matt and Joey both stressed that this is a family friendly sport and you should bring your kids out to race with you.

Next we asked him to tell us what the differences are between the desert race and the short course race. “So, one of the differences is vehicle type, a different vehicle setup, but it just races a shorter length. The short course race has a loop that’s 17 miles long and the desert race has more loops than the short course race.”
The UTV World Championship is billed as more than just a race or two. It’s got something for everyone. As mentioned, there will be the kids’ races and the two big races, the short course in the late morning and the desert race in the afternoon. Before these races there will also be races for bikes and quads.
That’s not all, though. What they call Tech and Contingency is held on Friday. This is where the vehicles are inspected for safety. There’s also a huge midway in the parking lot where dozens of vendors will set up their displays of new and used parts and vehicles. This will also entail a parade of the competitors’ vehicles. There will also be a pit crew challenge on Friday; on the same day, they hold the Poker Run that allows attendees to take their UTVs out on the course on which the racers will compete.
According to Matt, the difference is really just platform. A UTV was born out of a utility vehicle that was meant to do things like haul small logs and hay bales around a farm or ranch and evolved from there. A Jeep or four-wheeler started as a mode of transportation and evolved into a much more capable off-road vehicle that was also a form of entertainment.
“There’s not a ton of difference when you get down to nuts and bolts; it’s just a smaller vehicle platform. The biggest difference is that four-wheelers are also usually still straight axle, whereas UTV suspensions are plunged axles, which is a more evolved technology in terms of four wheel and off-roading. Those early UTVs were designed to not exceed 20 MPH and now we’re seeing competitors going well over 100 miles per hour.”
Mad Media is a creative agency that builds content and creates and runs advertising campaigns for a variety of companies. As stated, they got involved with Joey D and UTV Underground about five years ago when Joey reached out after seeing how they handled some similar campaigns and, as the saying goes, “The rest is history.”
“I get email and Facebook contacts from people around the world, showing me their UTVs and their style of racing, so the sport of UTV is definitely a worldwide thing. Our goal is to expand into more parts of the United States and then the planet and create a common race platform for everybody to get together and, you know, see who is the best.”
We asked Matt how someone qualifies to enter the UTV World Championship, and he told us “Right now we’re not limited to entries. So if you wanted to go race, you could go race tomorrow. We’re also about to announce our new “Stock Rally Class,” which is a slightly modified version of a sport model with really just safety stuff added to it, and you could come race.” He then told us, “I mean, that’s the most important thing about the entire UTV market: It’s for everybody. It’s not a super expensive form of racing. Anyone can come do it at any level of skill.”
Matt wanted to make sure that we tell you, our reader, that this is really a terribly inexpensive, affordable sport in which almost everyone can compete and be competitive. It’s literally a $200 a month payment and about $4000-$5000 in safety equipment, and you’re ready to race.
Back to Post
About Mike Aguilar 388 Articles
Mike's love of cars began in the early 1970's when his father started taking him to his Chevron service station. He's done pretty much everything in the automotive aftermarket from gas station island attendant, parts counter, mechanic, and new and used sales. Mike also has experience in the amateur ranks of many of racing's sanctioning bodies.