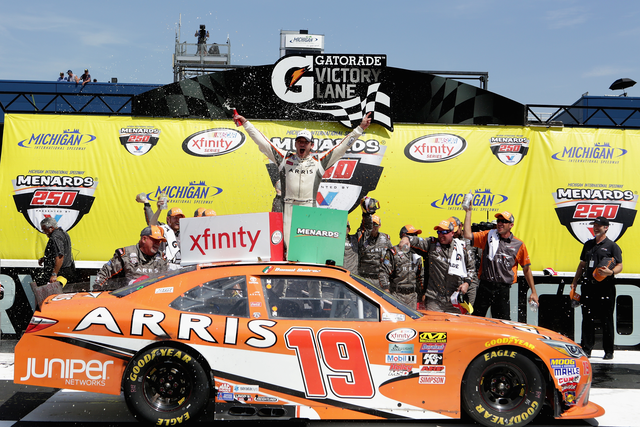 Suarez is a graduate of both the NASCAR Drive for Diversity and NASCAR Next programs and has accrued a long list of accomplishments since joining NASCAR in 2011. He became the first Mexican driver to win the NASCAR Xfinity Series Sunoco Rookie of the Year Award last year, finishing fifth in the championship standings. This season, he became the first foreign-born driver to lead the points in any three of the NASCAR national series, topping the Xfinity Series standings for six consecutive weeks. He is currently the points leader in the Xfinity Series, the series where “Names Are Made”.

The 24 year old has quickly climbed the NASCAR ladder system with full-time stops in the NASCAR Mexico Series and the NASCAR K&N Pro Series East before he joined the Xfinity Series with Joe Gibbs Racing in 2015.

During the four years that he raced in the NASCAR Mexico Series, Suarez earned 10 race wins and finished in the top 10 in championship points in all four seasons, including a runner-up championship finish in 2013.

In the two full-time seasons of the NASCAR K&N Pro Series East, Suarez won three races and finished third in the final standings in 2013.