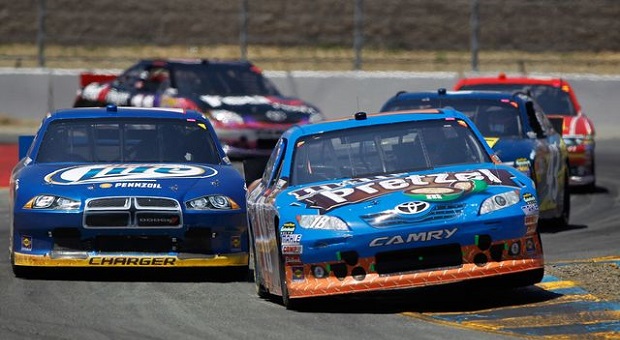 It’s always fascinating to see a heavy, softly-sprung stock car hustling around the few road courses on the NASCAR calendar. They don’t seem to belong, yet they often put on a better show than some of the purpose-built road racers. It seems a lack of chassis refinement makes for a car which slides willingly and can produce some close racing. Additionally, having an excess of power, relatively little grip, an h-pattern gearbox and plenty of engine braking makes these cars quite tricky to manage, and when the speeds are low and the corners tight, a special technique is needed to get the most out of them.

The motors in a stock car can chuck out something in the 800-horsepower vicinity, and with the torque on-hand, it’s not too difficult to overwhelm the rear tires. After all, the motor sits over the front axle. At oval speeds, the rear tires aren’t as traction-limited, but on road courses it takes a delicate touch. At slower tracks like Sonoma, NASCAR drivers have to stay so progressive on the throttle that they’re only able to go flat to the floor at two spots on the track: The start-finish straight and the stretch between Turn Six and Turn Seven. 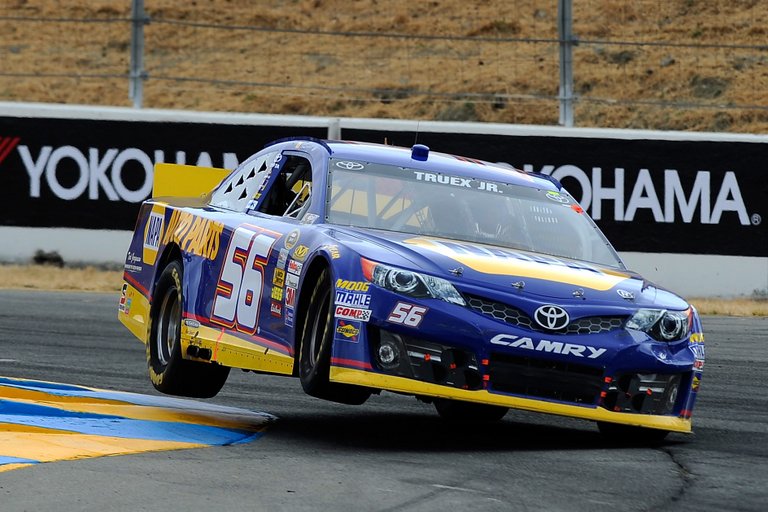 Some drivers, used to machines with more grip and more precision, have a hard time crossing over into stock cars because they require drivers to hustle them around the course without abusing them. In the case of stock cars, it’s the car which is the limiting factor, and the 3,300-pound weight of the car can easily destroy the tires, transmission and brakes if the driver isn’t careful.

A stiff, prototype-style car with downforce rewards a hard initial hit of the brake pedal; the grip from the wings favors this aggressive style of braking. In contrast, the stock car prefers a gentler application of the brakes. Because of the soft suspension the car does pitch and roll significantly more, and so as not to overwhelm the front brakes, the brake pedal is pressed slower so that the car can “take a set.” This means that the weight is shifted to the front axle before the full force of the brakes is exercised, and the pressure is kept on for longer. Otherwise, it’s quite easy to lock and flatspot a tire.

In fact, flatspotting a tire is one way to seriously hamper race performance, and it can be done in ways aside from braking too hard. With the massive, 5.7-liter displacement, there’s an abundance of engine braking involved in downshifting. Since NASCAR still uses a traditional stick-and-clutch setup, the release of the clutch while downshifting must be done with care. If the clutch is sidestepped or even released abruptly, wheel-hopping can occur, and that can ruin a set of rear tires in one corner. Again, being too harsh on the transmission is one way to end a race before it’s over. 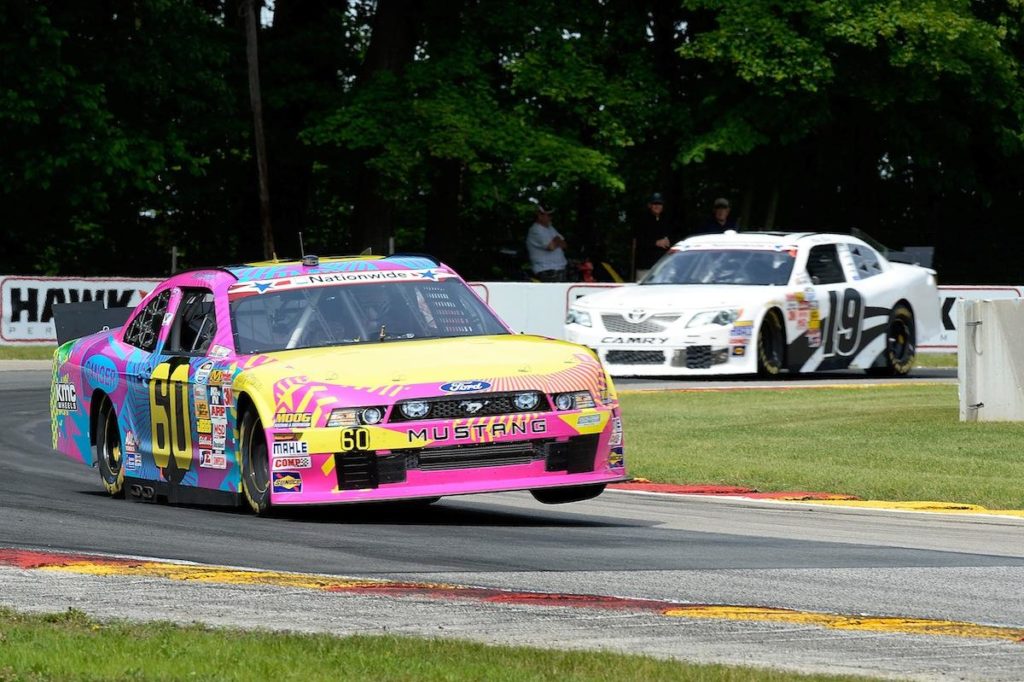 That soft suspension does allow for certain forms of abuse, though. Because the long, heavy cars aren’t the most willing to change direction, sometimes hopping over the curbs can help turn a stock car. The abrupt shock to the suspension can help rotation if the curbs are approached in the right way, and because there’s no significant aerodynamic platform to disrupt, it doesn’t really suffer much from doing it.

And because of the lack of grip, braking distances and cornering speeds are wildly different from those experienced in a modern sports car. A.J. Allmendinger says “In a prototype, you brake past the one (marker), pass the one and downshift twice.” In a Cup Car, you brake past the three marker and you’re sliding around.” The lengthened braking distances are what challenge the drivers the most.

Even guys with experience in sports cars or formula cars have a tough time adjusting to the specific challenge of driving a stock car hard. It takes a unique combination of precision, gentleness, and brutality, and a respect for the equipment. Because the cars are sturdy, plenty of rubbing is allowed, but conversely, the weight of the car is enough to destroy the transmission and consumables. That’s a strange set of abilities, so whenever a heckler laughs at the skill required to drive in NASCAR, you can smirk back in full knowledge; it ain’t easy.