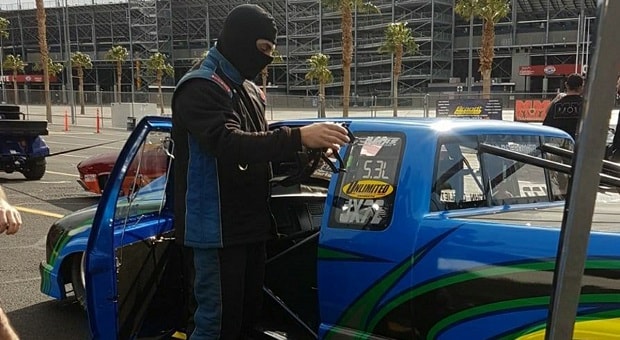 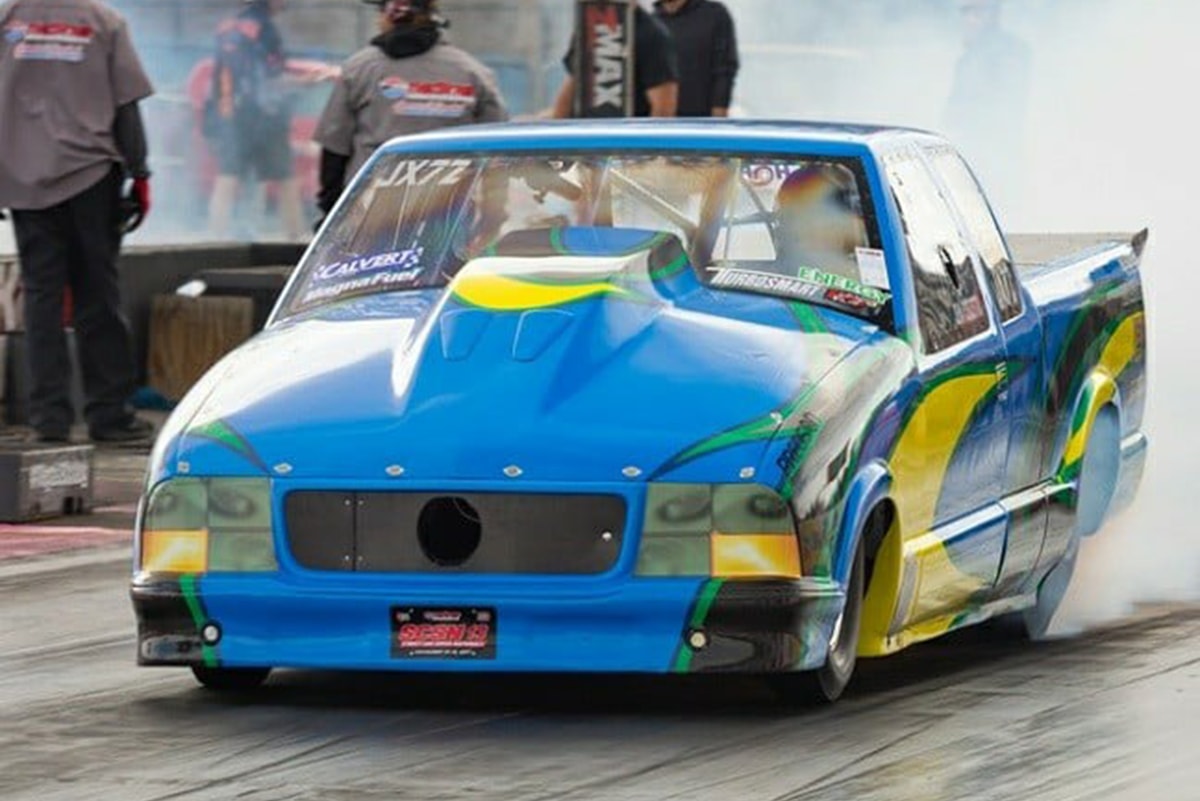 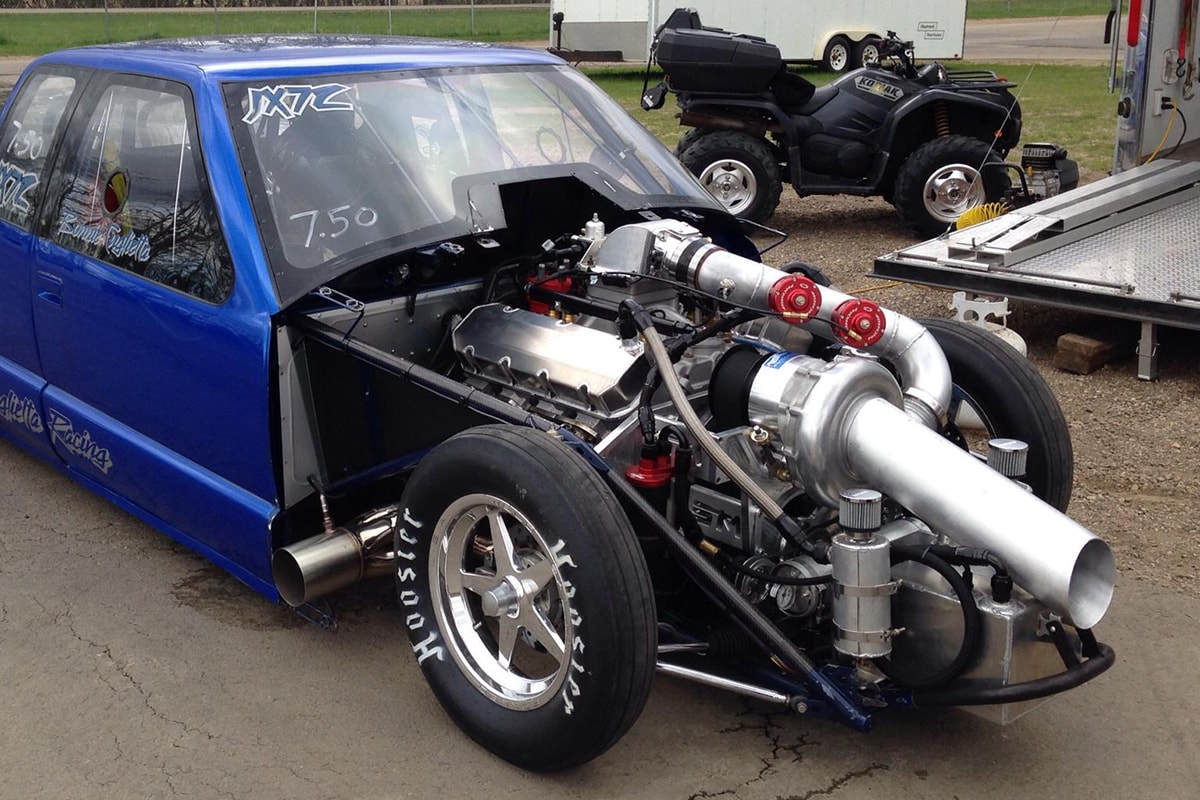 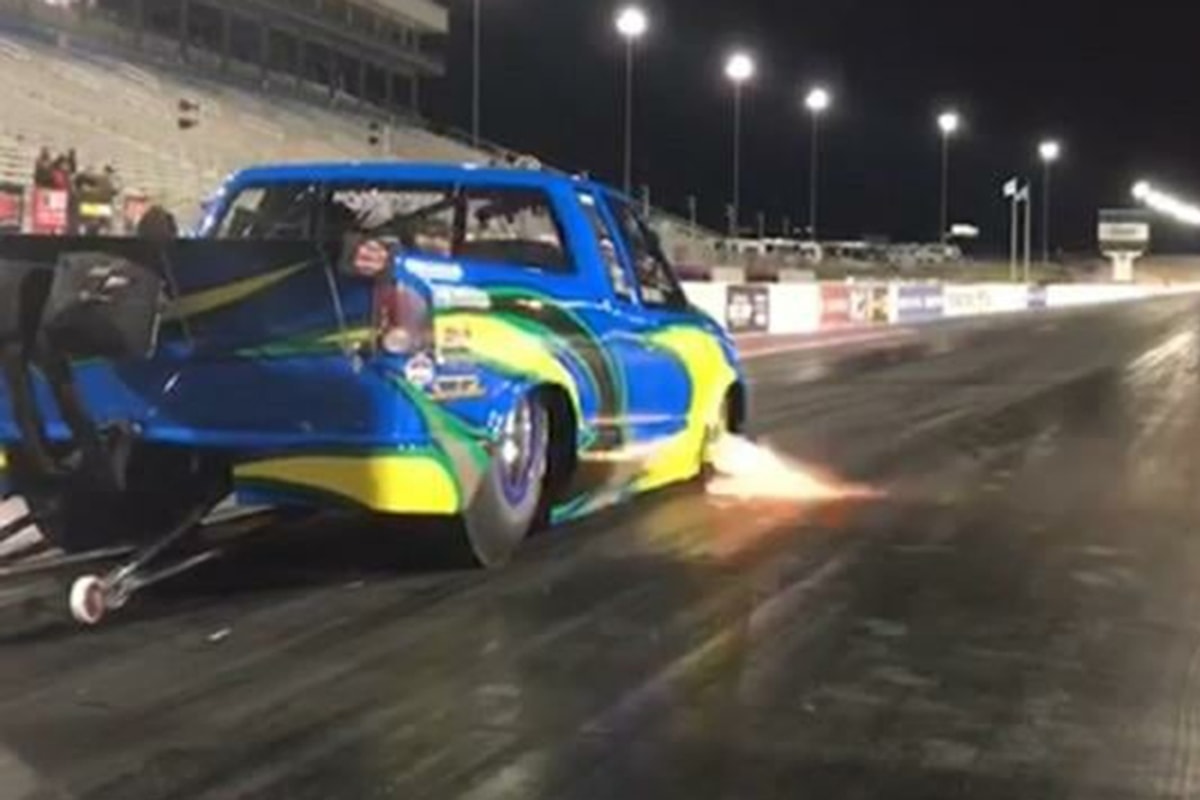 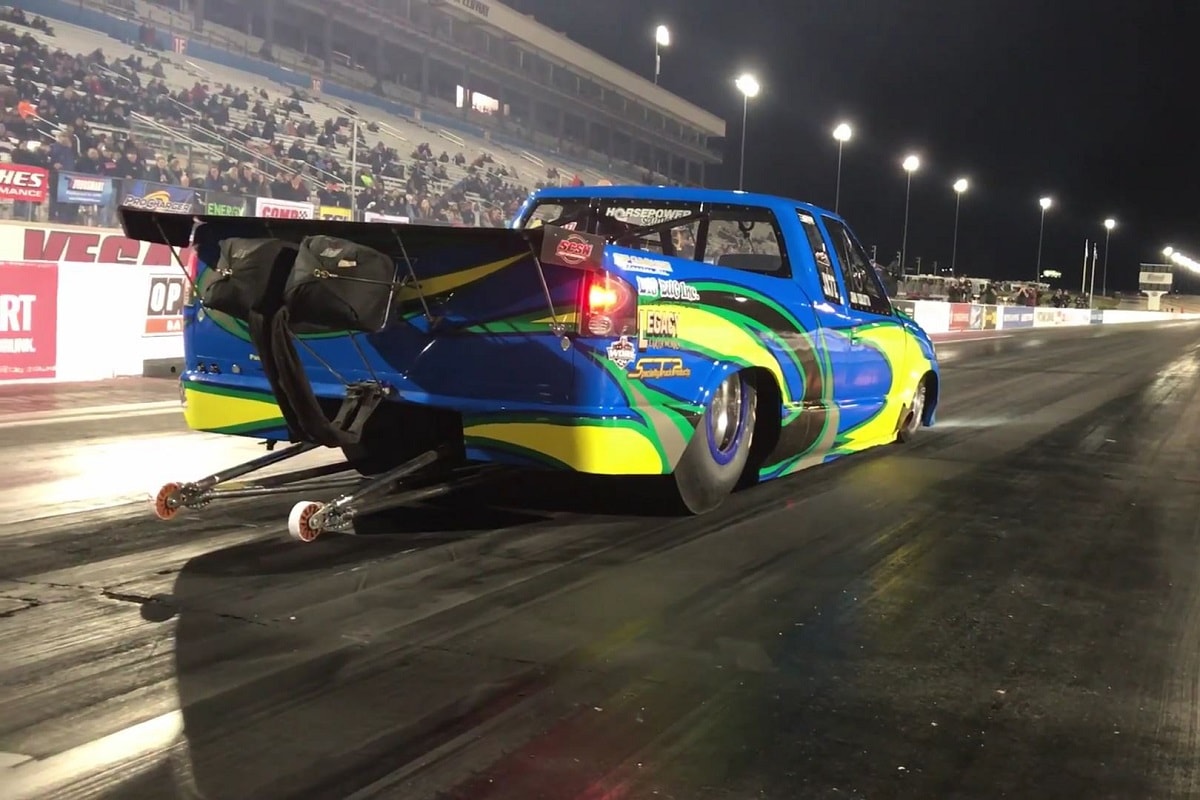 Yes, you read that right. John Cuglietta drove his recently-purchased Pro Stock ’98 GMC truck to a record pass of 7.16 seconds at 190 MPH with a 5.3-liter engine and a bone stock bottom end at the 2018 Street Car Super Nationals in Las Vegas recently. What’s really amazing about this is that John and his friends put it all together in about three weeks after deciding to make the attempt.
Yes. That 91 mm hole in the grille is the turbo intake.

John and his team paid a junkyard $200 for the starting point of the project - a 5.3-liter block with a stock bottom end. The crank, bearings, rods, pistons and rings are all stock. Comp Cams supplied the cam that allows the truck to launch at 4500 RPM and shift at 8500.

John said, “Our buddy Mark Campbell with Comp Cams put some magic into the camshaft to allow it to go to 850 RPM. We appreciate all the help and support everyone involved gave, from labor to money to parts. We couldn’t have done it without them.”
They added a four inch exhaust pipe from a big rig, welded up some mild steel piping they had laying around and slapped on some “799 heads that were on an eight-second street car that destroyed a piston.” They welded and repaired the head without doing any porting and installed stock valves and springs. The truck itself was originally run by John Lingenfelter and was bought out of Kentucky.
The team then installed a Garrett GT55 91 millimeter turbo with a ramped boost curve. For the first record they set, 7.26 at 186, the launch was with 22 pounds of boost. That was ramped up by the Horsepower Solutions tune to 37 PSI at the finish line.
John was running in the Pro Mod class, so he knew he was going to have to be exceedingly lucky to make it past the second run. This meant that if he wanted to improve on the 7.26 ET, he had to pull out all the stops. So, he bumped launch boost up to 25 pounds and had the tune ramp that up to 40 by the time he crossed the line. His record time of 7.16 seconds at 190 MPH was the result. Oh, and earlier in the day he set the record for the 1/8 mile with a stock bottom LS. That pass, only the sixth the engine had ever done, made 4.71 seconds at 150 MPH.
Back to Post
About Mike Aguilar 388 Articles
Mike's love of cars began in the early 1970's when his father started taking him to his Chevron service station. He's done pretty much everything in the automotive aftermarket from gas station island attendant, parts counter, mechanic, and new and used sales. Mike also has experience in the amateur ranks of many of racing's sanctioning bodies.