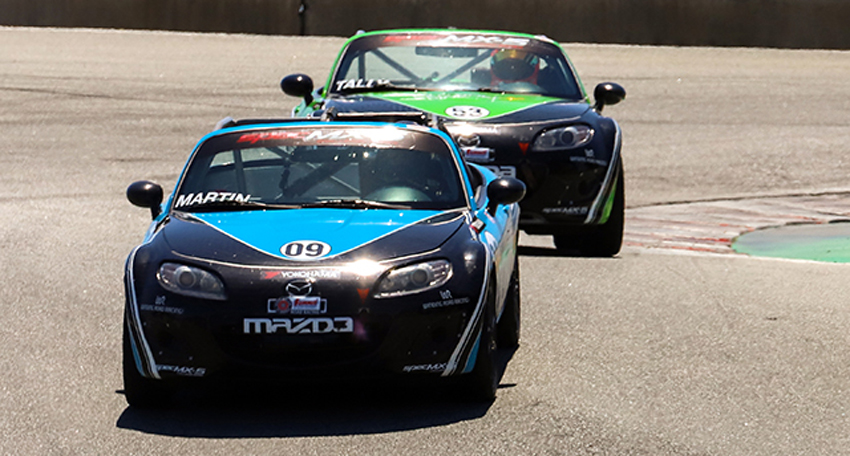 The Spec MX-5 Challenge is a series where third generation Mazda Miata’s duke it out for driver glory, has now opened to Touring 4 cars. Along with that, the series has also created shootouts where drivers can earn a new race car to reward their efforts at the end of the season.

“We have been working with Mazda since November of last year on the rule set, the technologies and the branding,” said Tom Martin, director of the Spec MX-5 Challenge Series. “The whole thing is a coordinated effort.

“There will be some significant changes technically to cars. We will have a new motor with more power. What’s great about that is it allows us to run a NASA class very competitively as opposed to being in a class but not having the right power-to-weight ratio to really fit into that class.”

Martin hopes the changes will spur competition throughout the series.

“Most racers start thinking about running in a new class, but think, ‘OK, I need car….’ So giving an opportunity to rent a car, run one race weekend, potentially win a car, then you have the car you need to run a follow-on season,” Martin said.