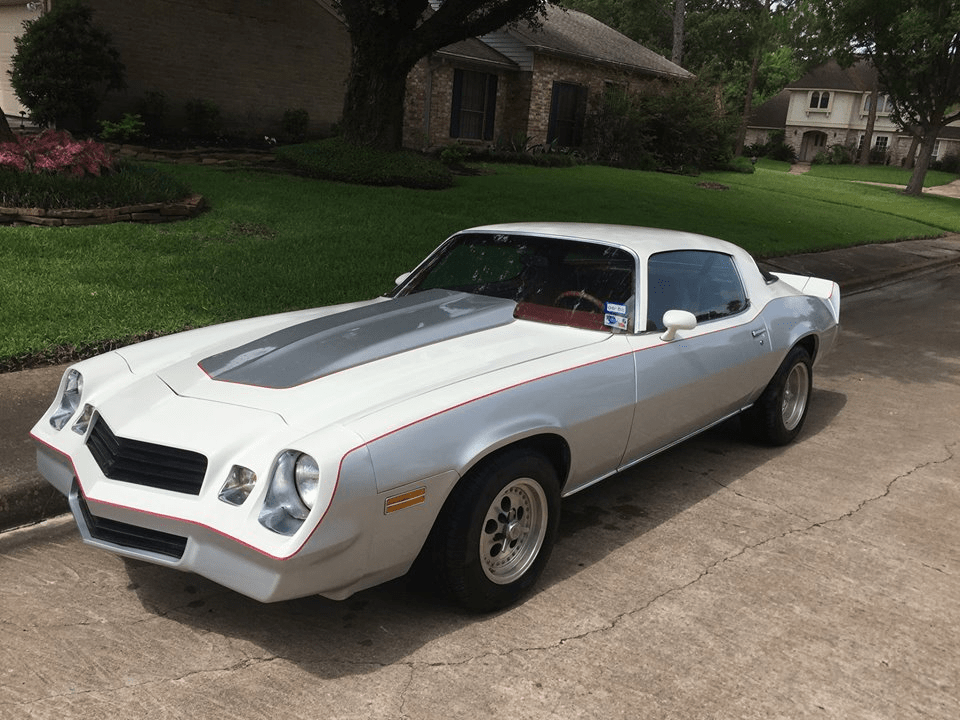 Scott picked up this ‘78 Camaro Type LT for his daughter about 15 years ago, hoping she’d fall in love with the car. Unfortunately, his daughter didn’t quite share the same enthusiasm for the Chevy, and so it sat, collecting dust.

Nevertheless, his daughter wasn’t thrilled whenever he mentioned selling the car. Rather than grow frustrated with the car and the state it was in, Scott decided to modify it to his liking and turn it into a bonafide Pro Tourer.

The first step: a new motor. The 6.0-liter LQ9 had the cam bearing replaced, the crank polished and the cylinders brushed and honed. Then main studs were added, along with new bearings and rings. Next came ported heads, a big cam and a Holley throttle body. A road race-compatible 700r4 sent power back to a floater 9” rear.

While installing the motor, Scott dropped the frame, brushed it clean of thirty years of gunk and then added CPP fully adjustable motor mounts and big block frame standoffs.

Then, with the aid of a friend, he welded the caliper brackets to the floating rear, fitted the Wilwood brakes and installed the SpeedTech suspension with high spring rates. The spring rates encouraged him to discover a way to distribute the load through the entire control arm; plates were added on both sides to travel below the steering arms to interface with the sway bar linkage. After some tweaking, the final mounting tube location was set and it was then welded to the subframe. The final garnishes to the rear: a set of Detroit Speed subframe connectors and mini tubs for wider meats on the blacktop.

Scott then put his metalworking abilities to the test and welded the firewall, trimmed some unnecessary weight off the front bumper, touched up the last bits of bodywork and sorted out the paint issues.

Next, he turned his attentions to the front end, and added a set of JRI shocks. For more adjustability, he opted for an adjustable torsion bar setup instead of the fixed SpeedTech swaybar – a common modification made to aftermarket subframes with rack and pinion steering. Because the tube in which the bar rides has to be welded to the front of the steering box, the steering arms operate between the lower control arm and the sway bar linkage.

Then came time to add some interior glitz, starting with a set of pedals from Clayton Machine Works. A coat of Eastwood Xmat for a quieter ride, topped with a layer of carpet, completed the cabin.

There’s still a ways to go with this car, but Scott’s know-how and obviously strong choice in aftermarket parts should make this Camaro a real keeper.

To keep tabs on Scott’s thoughtful build, you can follow its progress here.