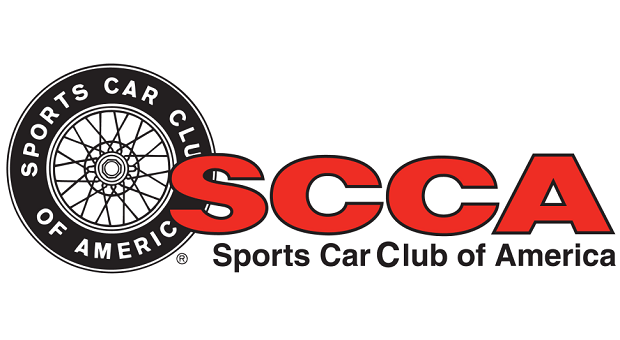 The 2022  Sports Car Club of America Hall of Fame class was just revealed. The 2022 inductees are a collection of legendary names in SCCA. This year’s class includes a sports car racing champion across multiple decades, an all-around Champion driver and promoter, and a group of members who have added countless contributions to the heightnening and growth of the SCCA for decades.

Charlie Clark, Howard Duncan, Paul Pfanner, Greg Pickett and Mark Weber make up the 2022 class and will join the SCCA Hall of Fame during a virtual induction on January 21, 2022 — the opening day of the 2022 SCCA Convention. Read more about this year’s class below.

Charlie Clark
In his nearly 50 years as an SCCA member, Charlie Clark has been a road racer, autocrosser, event organizer, mentor, and a leader. As a road racer, Clark has piloted his car in more than 30 SCCA National Championship Runoffs, and as a Solo competitor has never missed a Solo National Championship event. He is a four-time Solo National Champion, the 1986 Solo Driver of the Year, 1985 Solo Cup recipient, a four-time National Champion of the former Solo I program, the 2013 John McGill Award winner, and a winner of the Dick Berger Perseverance Award. The “Clark” in the Johnson-Clark-Johnson Cup, presented to the season-long ProSolo Super Challenge Points Champion each year, is Charlie Clark — a founder of the ProSolo program. Clark served four terms on the SCCA Board of Directors, was a Solo Nationals event chair, and served on the Club Racing Board. Clark is a well-known and well-respected member of the SCCA regardless of the avenue.

Howard Duncan
Howard Duncan’s impact on the Club is immeasurable and began in his home Region, but for more than three decades he has been known as the driving force behind the birth and growth of the National Solo program. Though serving as SCCA National Staff during most of that period, Duncan was awarded the 2014 Woolf Banarto Award — unprecedented for a member who earned the award primarily for his work as an employee. Under his guidance, the National Solo program moved into the major leagues by developing high-quality, long-term event sites and building an immense volunteer team. This process has helped the Solo National Championship event to grow from 500 entries in the mid-1980s to a record 1,375 entries in 2018. In addition to his impact on Solo, he was a strong supporter of the RallyCross program in its early years and for 10 years was one of only a few “100 percenters” at the RX Nationals. He was also one of the originators of the SCCA Hall of Fame itself, along with introducing the Tire Rack Street Survival program to SCCA.

Paul Pfanner
Paul Pfanner’s contributions to the Club are not difficult to quantify. Though his SCCA career began as a Formula Ford racer in the early 1970s, his longer-lasting contribution came first as the publisher of his local Cal Club Region newsletter, which opened the door for his company, now RACER Media & Marketing, to publish SportsCar Magazine and become the official monthly record of the Club’s activities. Under Pfanner’s guidance since 1984, SportsCar Magazine became the Club’s most visible marketing piece, covering the Club’s activities and highlighting its members to make SCCA more attractive. Through SportsCar, RACER Magazine and RACER.com, Pfanner and his organization continue to promote the SCCA to the motorsports world and beyond.

Greg Pickett
There is longevity, and then there’s Greg Pickett. No other driver can claim to have won a Trans Am Championship race in six different decades, with his first coming in 1978 and carrying through into 2021 as a 73-year-old. Pickett was the 1978 Category II Drivers’ Champion, and went on to win two championships as a team owner in the American Le Mans Series. A multiple race winner as a driver, Pickett and his Muscle Milk brand were instrumental in reviving the Trans Am Championship in 2009 after a three-year hiatus. Pickett began his driving career as an SCCA Club Racer, entering his first Trans Am race in 1975 using his A Sedan car.

Mark Weber
Mark Weber’s SCCA Hall of Fame nomination could have come in two separate roles. As a racer, it’s likely that no one has entered more SCCA road races than Weber in his nearly 50-year driving career. It is certain, however, that Weber’s 63 and counting Runoffs starts are more than any other driver by a large margin. Weber might be more well known for his role as a chronicler of SCCA’s road racing history, shooting Club and Pro Racing events as a photographer for 50 years from 1972 through 2020. He sold his first racing photograph as a high school senior just after joining the Club in 1970 and earned the SportsCar cover after shooting his 50th consecutive Runoffs in 2020. In addition to SportsCar Magazine, his photos of SCCA races have appeared in RACER, AutoWeek, Car and Driver, and more. Weber’s photographs have evolved from the dark room through the digital age, but his enthusiasm for the Club has yet to wane.