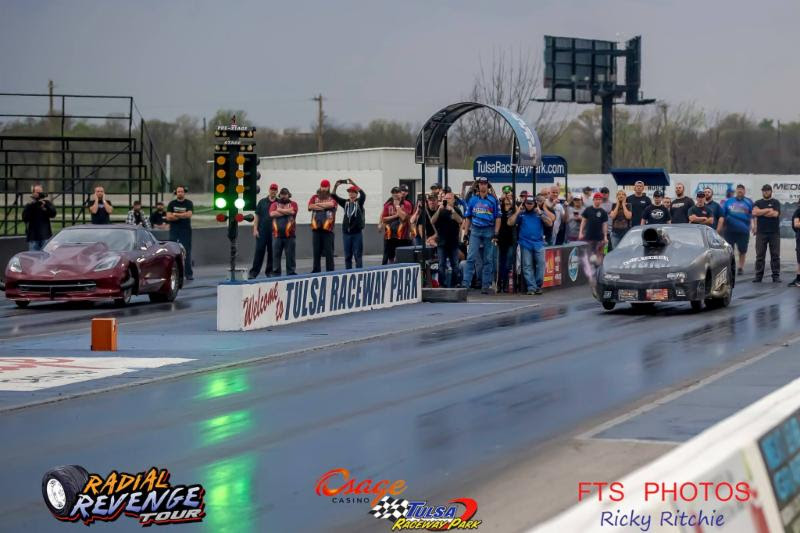 Osage Casino Tulsa Raceway Park held some great competitive drag racing last weekend. The Radial Revenge Tour event had to be stopped because of rain, meaning there were no winners of the event. But, really, there were plenty of winners.

“We got down to the finals or the semifinals of every class – and broke up the purse and paid everybody,” track co-owner Keith Haney said. “All the racers were extremely happy. Everybody got paid.”
And though the track fell short of other goals – attendance and timing – Haney, co-owner Todd Martin and general manager “Big Don” Ellis were pleased with the outcome.

“The forecast got us,” Martin said. “There was a race in Memphis the week before ours, and then it showed it was going to rain at our race. It ended up not raining until the last few cars in each class.

“We were off 6 cars and 218 spectators from last year. But that’s not bad, considering we had a chance of rain. We were really, really happy.” Haney and the Tulsa team were pleased with online numbers, too. More than 200,000 people were reached on the track’s Facebook page with more than 159,000 post
engagements surrounding the race.

“If it wasn’t for the rain, we would’ve made another goal like we did last year: Be done by 10 o’clock,” Haney said. “When it comes to our Radial race, we want to make it clear that we’re not trying to break records – other than running the fastest Radial race. That’s the only record we care about, having an event in a quick time.” One of the big highlights involved Haney’s “Enigma” Radial vs. The World race car. Driven by Brandon Pesz, the Lucas Oil/RacingJunk.com Chevrolet pulled a huge wheelstand in a run against Daniel Pharris, But that was only part of the story. Pharris’ car pulled a wheelstand down the track, but the driver couldn’t get the car down, and it took off, flying down the track in front of Enigma.

“After Brandon lifts, Pharris goes by flying in the air, probably more than 25 feet in the air,” Haney said. “It flew a long way, 300 or 400 feet.”
Pharris wtuned out to be OK, and Haney said racers soon began calling Tulsa the “House of the Flying Cars.” “From what we understood, everybody at those other races were showing the video in the staging lanes,” Haney said. “All over the country, that video was watched over a million times.”

The crash also prevented Pesz from racing Mark Mickie for the win in the Radial vs. The World class, but Haney issued a challenge for the Throwdown in T-Town in May. “Keith Haney Racing is calling Mark Mickie out at the Throwdown in Q2,” Haney said. “We need to determine who the true winner of the Radial vs. The World race at the Radial Revenge Tour.” Before the rain came, the track was fast, as records were broken in every category that raced. 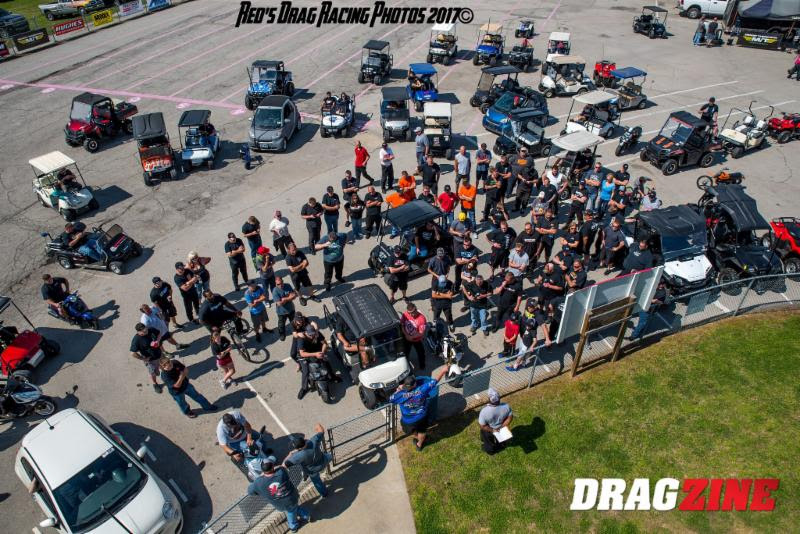 Track officials also announced the date for the 2018 Radial Revenge Tour to prevent something like that from happening again.

“We’re not going to fight with everybody on a date,” Haney said. “We’re going to race March 23-24, 2018. We’re putting that out there so people know the date.” Haney, Martin, and Big Don made a special shout-out to all the track’s sponsors.

“We can’t thank Strange Engineering and Precision Turbo enough for coming on board,” Haney said. “And we have to thank all our sponsors for believing in us and what we have to offer: Skyview Racing & Fabrication, Mickey Thompson Performance Tires and Wheels, Pro Line Racing Engines, Wiseco Performance Products, Induction Solutions, Cricket Wireless and Brewton Express.
“We wish the weather would’ve been better. Had it been, we would’ve done even better than last year.”