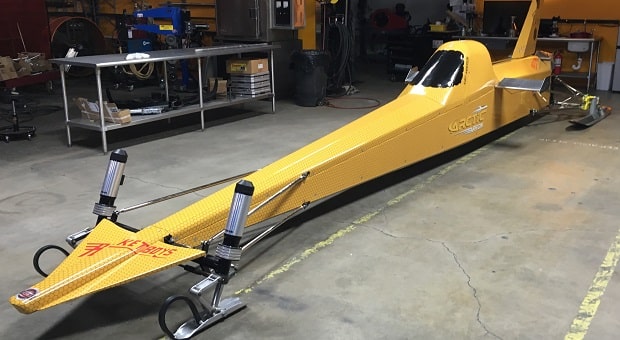 Dave Sarna is a racing enthusiast. It doesn’t matter whether he’s moving fast or slow, whether he’s flying, driving, sailing or going fast on frozen water. In 2013, he dragged this Racing Junk contributor to the Bonneville Salt Flats to try to break 200 mph with a college-backed student racing team and a big-block Pontiac Firebird.

Dave broke the car, but four years later he got into the 200 MPH Club. A week later, he drove my 2017 Oakland across the 406-mile Wisconsin section of the Yellowstone Trail to raise $8,500 for a camp for blind kids. The Oakland’s top speed was about 40 mph and Dave said that it was scarier driving it than the Bonneville racer. 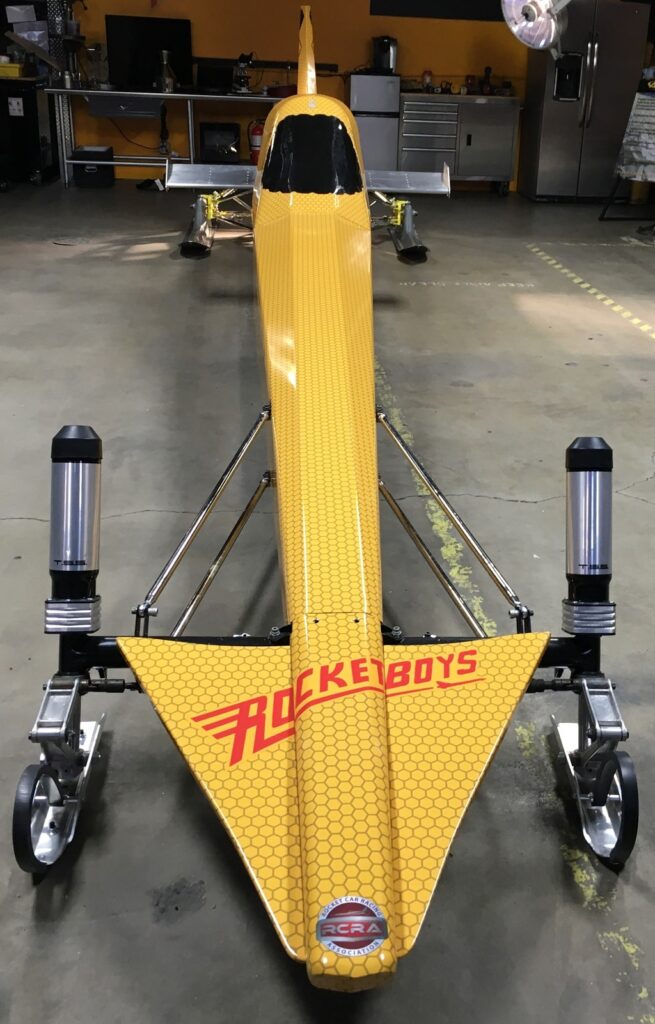 Dave has drag raced Camaros and ice raced snowmobiles. For the latter type of competition, he helps organize the annual Snodeo in Manawa, Wis. This event is called “The Best Show on Snow.”

Anderson’s goal is to better the current record of 247.93 mph that was set way back on Feb. 15, 1981 by the late “Slam’n Sammy” Miller at Lake George in New York. Anderson – a semi-retired internet services businessman – started his speed career by competing in the NHRA Heritage Drag Racing Series. Afterwards, he started looking for faster rides and met Ky Michaelson, who introduced him to rocket-powered race cars. Before long, Kurt and Ky headed to Aerospace salvage yards in California to get parts to create Anderson’s current rocket-powered car. Kurt and a small team of fabricators built the Arctic Arrow for the single purpose of bettering the World Speed Record on Ice.

The shiny gold, 1,510-lb. rocket-powered snow machine was originally built in 1974 by Michaelson and was then modified by Anderson between 2014 and 2016. It is 25 feet long, six inches wide up front and 72 inches wide at the rear. It gets its motivation from a 5000-lb. thrust HTP rocket motor. The Artic Arrow’s fuel system uses a pressurized 90 percent hydrogen peroxide mixture called HTP (high test peroxide) combined with DeZurik wafer valves. Ignition is achieved via a chemical reaction that occurs from converting hydrogen peroxide into water and oxygen (steam). 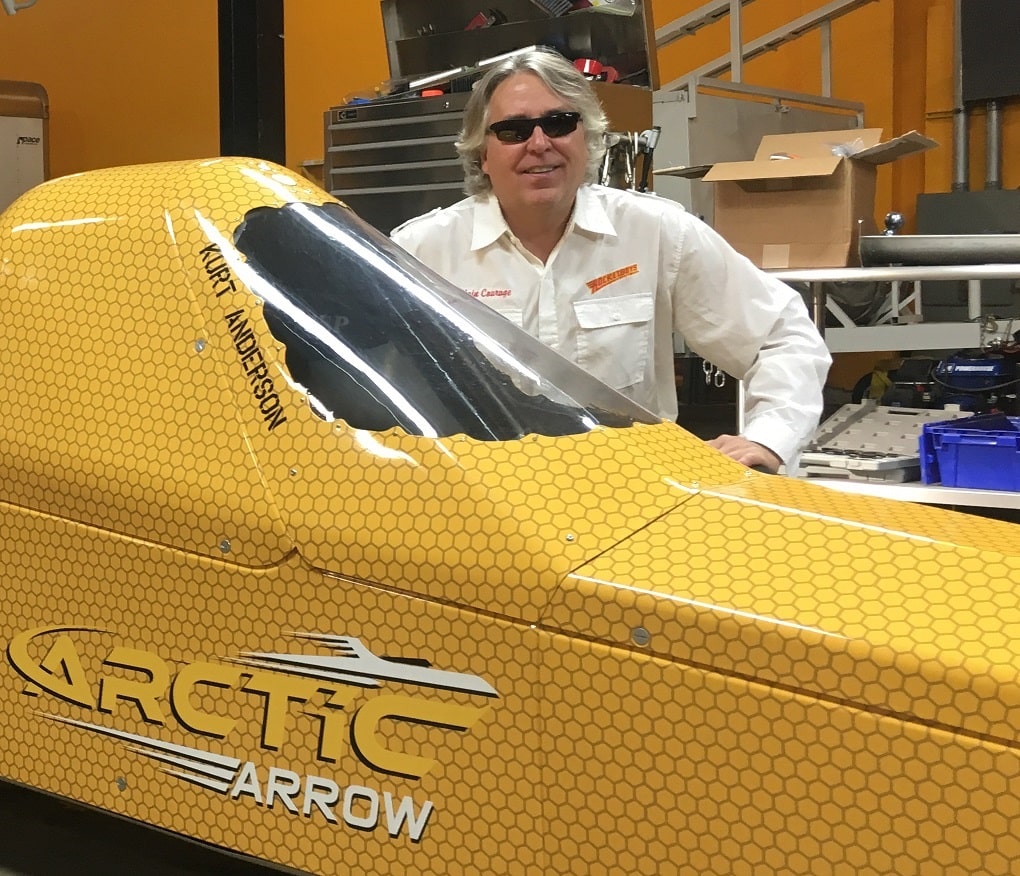 The World Record Speed Attempt will take place during the Snodeo (www.manawasnodeo.org) at Bear Lake Resort, in Manawa, Wis. For more information about the Arctic Arrow, visit (https://www.facebook.com/ArcticArrow/). 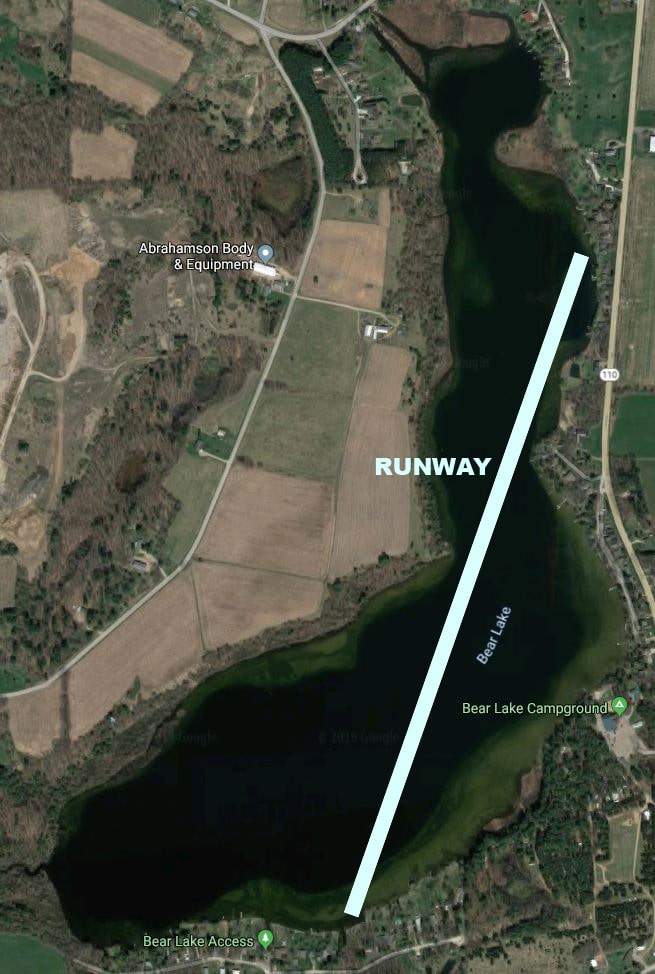