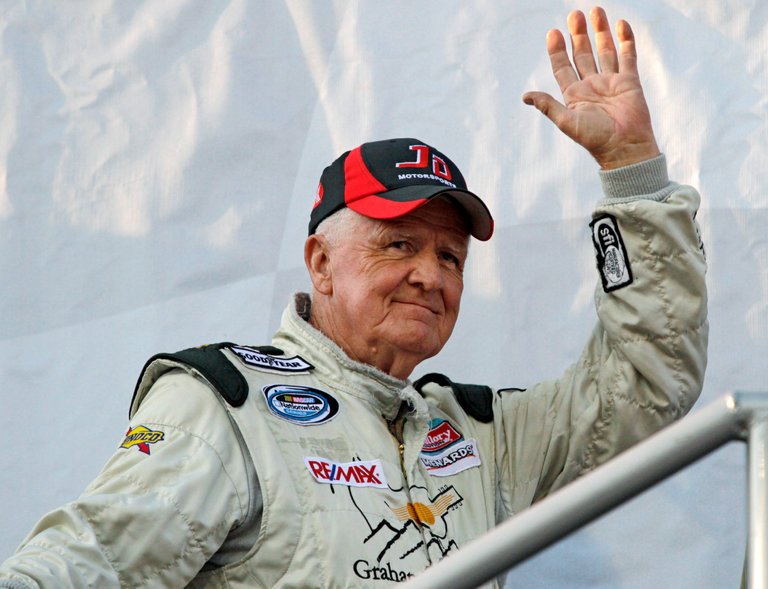 NASCAR and its long-time fans are mourning the loss of a legend and his son following race weekend at Talladega Superspeedway. While traveling home from Friday night’s ARCA Series race on Interstate 85, 83-year-old NASCAR veteran James Hylton and his son James Tweety Hylton, Jr. were involved in a fatal traffic accident that left both deceased at the scene.

According to surviving driver Terry Strange, who also suffered several broken bones, the racing family’s GMC truck and trailer “left the road, went across the median and across another lane of traffic before hitting an embankment after Hylton Sr. claimed to be having a heart attack.”

While the Hylton team survived another highway accident last July, after a race at Iowa Speedway, this time around the two weren’t so lucky.

A statement released by both NASCAR and ARCA recalled that James Hylton’s dedication, passion and longevity in motorsports was virtually unmatched.

“Hylton won the rookie of the year at NASCAR’s highest level, the 1972 race at Talladega Superspeedway and regularly contended for championships during the early years of his career. His racing influence continued into the ARCA series, where he competed as a driver and, most recently, a car owner. We have lost a truly special member of the racing family and a beloved figure among generations of competitors and race fans alike. We extend our deepest condolences to the Hylton family on the tragic loss of James Hylton and his son James Jr.”

We at RacingJunk.com send our condolences to this driver’s friends and family as well as his entire NASCAR racing family. Stay tuned for added information about this crash and ongoing investigation.