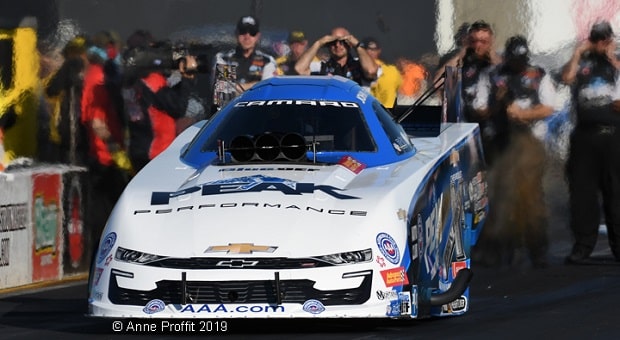 Thursday it appeared that shows would go on in the racing world, albeit without fans around to watch the action in person. That was the initial idea, both for the NTT IndyCar Series season opener at St Petersburg and for NASCAR’s race in Atlanta, its fourth of the year. By that time, both NHRA and Formula One had cancelled contests in Gainesville and Melbourne, Australia, respectively. The SuperSebring weekend, too, was off.

By the time the sun came up everything changed. The Firestone Grand Prix of St Petersburg, where I intended to work Friday before traveling north to Gainesville and the 51st Amalie Motor Oil Gatornationals, was on lockdown. I had taken a photo vest at Thursday’s meeting and needed to return it but was denied access to the circuit to do so. I gave the vest to a GP St Pete worker who volunteered to see that it got to the media center, contacting INDYCAR communications by email to let them know the situation.

St Petersburg, normally a hub of culture and sports, was devoid of traffic. Getting out was easy as I worked to make my way to Orlando and a second changed flight. I had intended to return home to the Los Angeles area on the 23rd of March, after working St Pete, Gainesville, the Motorsports Hall of Fame and SuperSebring. Yesterday I changed the flight to the 17th; this morning I changed it to Friday the 13th at 5:15PM.

In the meantime, the NTT IndyCar Series announced its season wouldn’t begin until the month of May when, hopefully this COVID-19 pandemic will be over. That means a 13-race season as opposed to the intended 17-contest campaign. NHRA had talk of rescheduling the Gatornationals for the Memorial Day weekend, which doesn’t always have the best Florida weather and, of course, bumps up against both the Indianapolis 500 and NASCAR’s 600-mile race at Charlotte Motor Speedway.

So everything in the racing business, folks, is in flux. There’s no telling if there will be a racing season at all. And that, of course, should be the least of our worries at this time. Writing this at somewhere north of 35,000 feet, with NHRA president Glen Cromwell as my seat mate, our thoughts are of peoples’ health, well-being and ultimately, survival.

While racing is the best “disease without a cure” in our lives, and while we both agree that “nitro kills everything” we can only hope that people remain calm and wish, hope and proactively work to get life back to the normal of practice, qualifying and racing. It’s the only cure for what ails us.