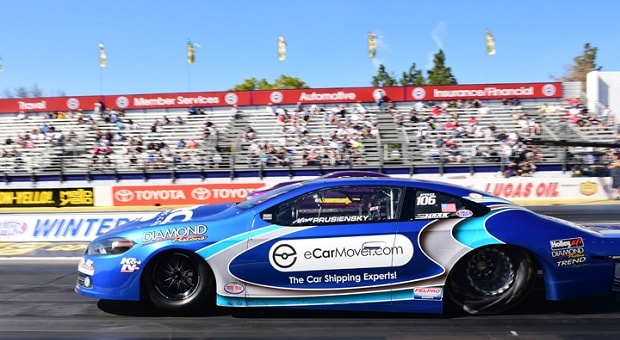 Alan Prusiensky is one of the “little guys” in NHRA Mello Yello Drag Racing Series competition. For the past three years he’s fielded a part-time effort in Pro Stock as he learned the ropes, always looking to move up the ladder and be able to challenge the likes of KB Racing, Gray Motorsports, Elite Motorsports or Johnson & Johnson Racing.

With the latter team’s retirement from the Pro Stock wars, Prusiensky, of Rockaway, NJ is now the only driver attempting a full, 24-race season of Pro Stock with a Dodge Dart. It’s almost like he’s a lone salmon attempting to swim upstream, with assistance only from his loyal suppliers.

Dodge and Mopar officially left the Pro Stock class after 20 years backing the Johnson & Johnson team; they departed after the 2015 season. Allen Johnson continued to drive cars built and tuned by his father, Roy, until the close of the 2017 campaign when he, too, left the Pro Stock ranks.

That left Prusiensky, who decided that this year, for the first time, he would attempt a full-year campaign. With a small, 14-car field at the Lucas Oil Winternationals in Pomona, Prusiensky had to race against No. 1 qualifier Vincent Nobile in the first round. He didn’t make it past the flying Nobile; a pass of 7.047/66.27 just wasn’t going to cut it.

But Prusiensky hasn’t lost hope after one race. As teams prepped for this weekend’s NHRA Arizona Nationals at Wild Horse Pass Motorsports Park outside Phoenix, Ariz., there was Prusiensky in the cockpit of his car, prepping his Dart for two qualifying sessions Friday afternoon. There are 17 cars on the grounds for Pro Stock this week, so Prusiensky has to make sure he executes properly both in the pits and on the track. 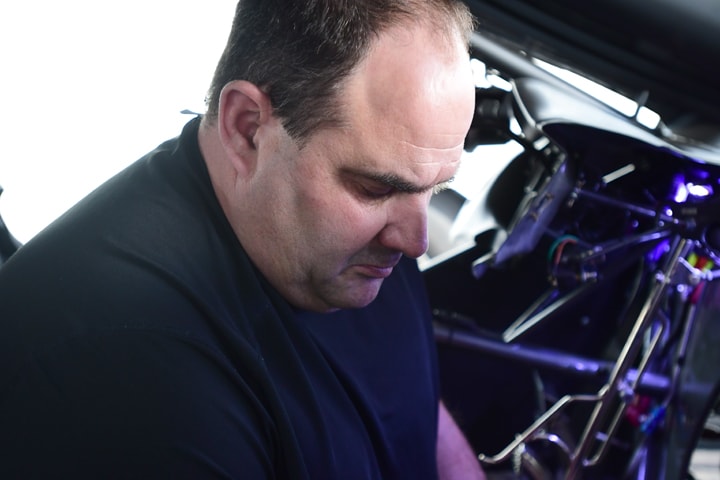 “Yeah, we haven’t had a new [Dodge/Mopar] engine block or head (like the Chevrolets that are dominant in the class) for quite a while, but there’s nothing wrong with the parts we’ve got,” Prusiensky said. “We just need more money to get this program moving.” Prusiensky’s striking blue Dart has backing from ecarmover.com, but it’s just not enough to challenge the big dogs in this class.

“I’ve got some good partners like Carl Foltz helping me out,” he said. Foltz provided technical assistance to the Johnson family as well. “I’m doing it all myself,” and it’s obvious he doesn’t have the financial backing of his primary competitors.

Why not switch to the dominant Chevrolet Camaro? “I’ve raced Dodge cars all my life; I’m not about to change now. I think we can be competitive if I do my job the way I should. There’s nothing wrong with the equipment we’ve got. The Dodge is just fine as a race car; I just have to do my job.” 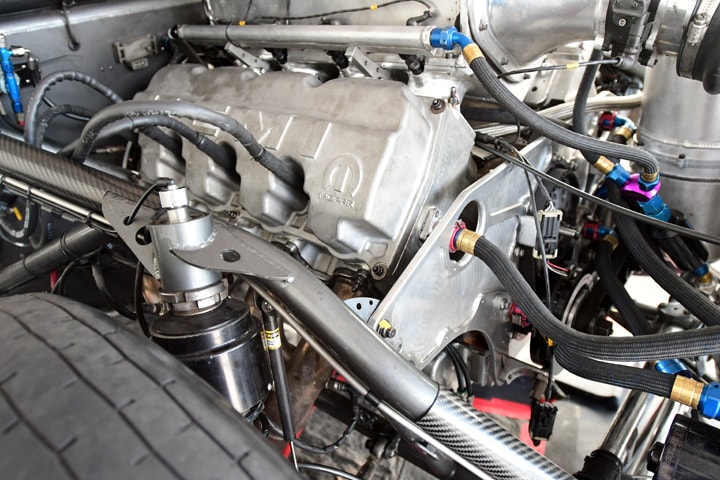