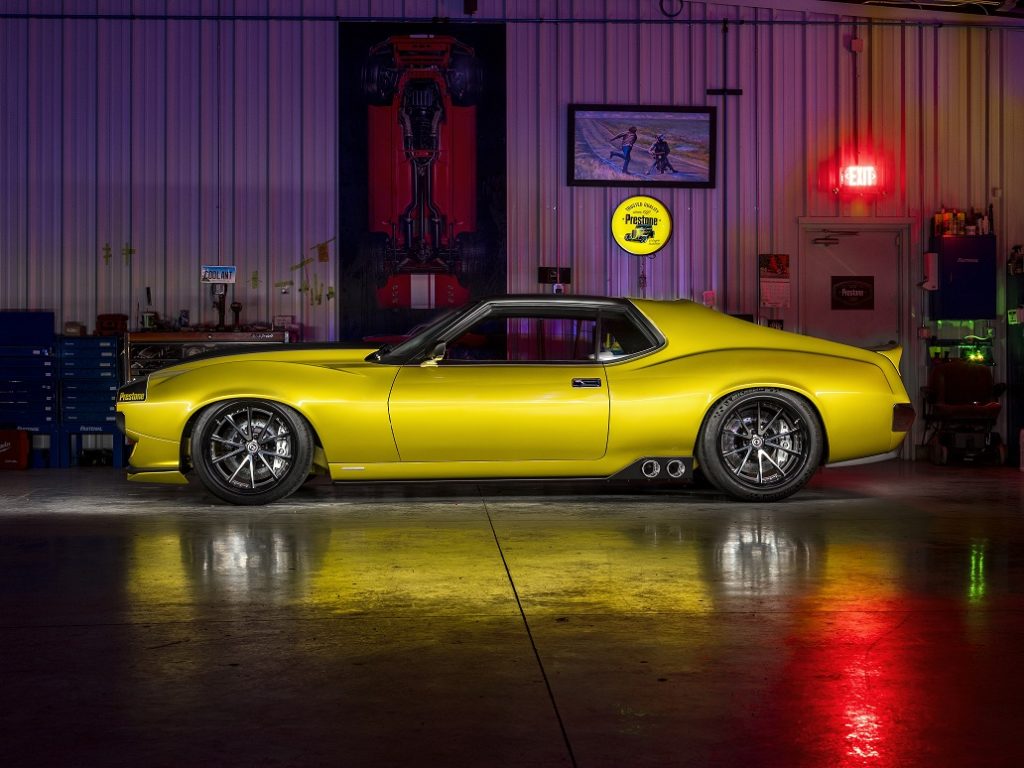 Prestone® Products Corporation revealed a unique 1972 AMC Javelin AMX at SEMA this year. The custom Ringbrothers build entered the planning process back in 2016.

“We are thrilled to see the finished product,” said Steven Clancy, President for Prestone Products Corporation. “The passionate energy at SEMA makes it the perfect venue to show off our newest addition.”

Since they were children, Jim and Mike Ring have loved the Javelin, so they knew it was perfectly suited for Prestone, about which they’re also passionate. Only 3,220 Javelins were ever produced; the car is a great example of both innovation and American muscle car history. This particular build features a custom four-link in the rear with a 12-bolt GM axle and modernized braking system, alongside upgrades to the hood and fender. In tribute to Prestone’s representative color, the paint is a beautiful yellow tone.

The Ring brothers had a mere 12 months to complete the build, so they worked hard to bring it to life. They made plugs and molds with 3D scanning and printing, their first time using this method. The tech-savvy approach helped them speed up their build as they raced against the clock. They relied on Prestone to get the Javelin trule road-ready.

“When we began our partnership with Mike and Jim last year, we entrusted them with a high stakes project that not only had a quick turnaround but would also be an integral part of our 90th Anniversary,” said Randy Fisher, Prestone’s VP of Marketing. “This Javelin AMX has far surpassed any of our expectations and we look forward to having it in our collection for the next 90 years.”

Prestone is featuring the build in their booth at the SEMA show, and will also use it to lead the company’s 90th anniversary Rally in Los Angeles, before the Los Angeles Auto Show. 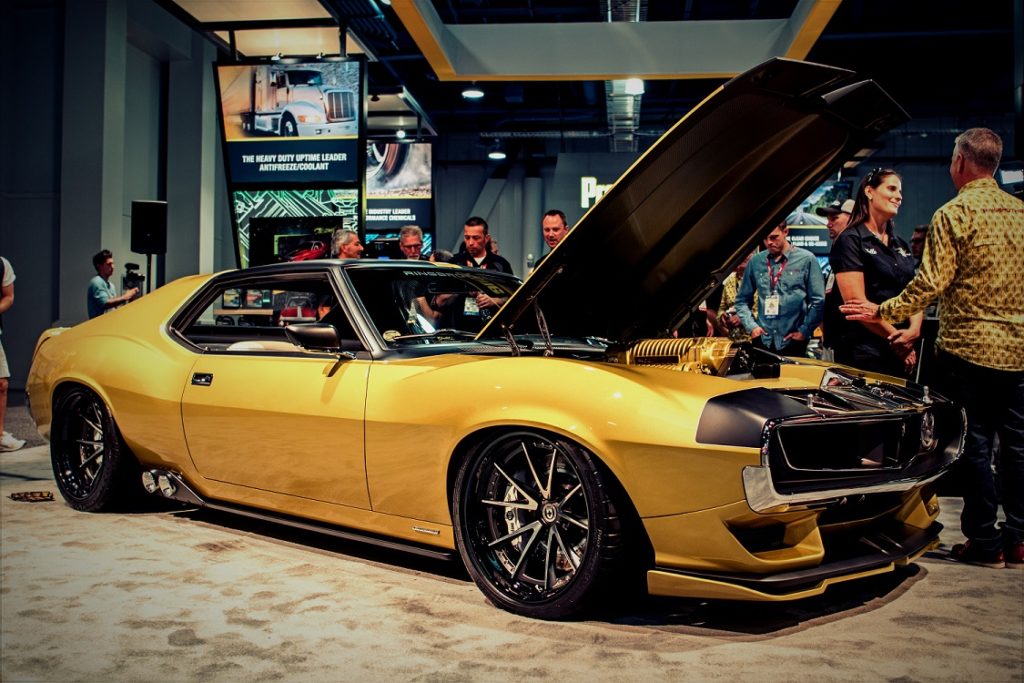