There isn’t money or time to drive all the cars you and I want to drive. Only Jay Leno has that kind of time and money. But even Jay needs a way to compare cars to one another efficiently, which is why he, like all car lovers, is into statistics.

First you start with a car’s primary stats: weight, horsepower, torque. But even these most basics statistics don’t tell the whole story, which is why you need hybrid statistics like power-to-weight, coefficient or drag, or torque at RPM.

My fiancee Meghann and I are building an Exocet kit car, and we’re using the guts, or “running gear” from a Mazda Miata. We’re making a homemade car show about the process, too. Check it out if you have a minute.

To explain why we chose a Miata-based car, we’ve invented a whole new statistic for car comparison: Power-to-weight-to-dollar. 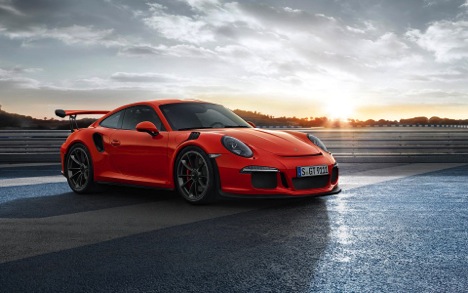 Here are the RS’s basic stats:

Those are pretty impressive numbers. Porsche says this pup will scoot to 60mph in 3.1 seconds and top out at 198. While performance like that would certainly make your eyes water, the price tag makes me want to bawl like a lost toddler in a department store. But there just isn’t a simple statistic to capture that frustrated poverty … until now.

Going even farther up the scale, there’s the Koenigsegg One:1. It weighs 1000kg and has 1000kw of power, giving it a power-to-weight of 1. Hence the name. We imagine, therefore, that the Koenigsegg is 4 times as fun to drive as the GT3 RS. 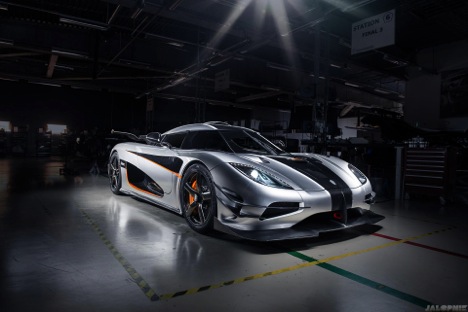 Here’s where our new statistic comes in. While the Koenigsegg might be 4 times more fun than the Porsche, which may be three times as fun as the Camry, the Koenigsegg is also lots more expensive … a whole lot more expensive. Two point eight million dollars expensive, to be more precise.

I’m not Jay Leno, or Clarkson, or Hammond, or May, or Carolla. Like most of us, I need the most automotive fun I can get for every dollar spent.

Here’s where things get interesting. Keep your eye on the lowly Camry, because it’s about to kick some automotive giants right in their dangly bits.

If you take all these cars power-to-weight ratios, and then divide them by the costs, you arrive at what we’re calling power-to-weight-to-dollar or PWD.

Let’s shift that decimal place seven slots to the right to make our PWD figure easier to read. When we do, the Porsche ends up at 14.2.

Even the Koenigsegg’s stratospheric engineering accomplishments and the power output near that of a Saturn V rocket weren’t enough to overcome that price tag. So how’d the Camry do?

I guess we know why the Camry’s so popular. It’s got fully twice the PWD of a GT3 RS, and nearly ten times the fun-for-buck of the Koenigsegg. So why don’t we use the Camry internals to build our kit car?

If you want a rear wheel drive car and budget is a concern, the Miata is the undisputed go-to. I’ll offer a honorable nod to the BMW E30, just because I like them, but we all know who the real sumo in this arena is.

Right off the rack, a used Miata has enviable PWD, but consider also the cost of consumables. A Miata front brake rotor can be had for around $25. For the Porsche, you’re going to need closer to a thousand bucks. For the Koenigsegg, you’ll need almost the cost of the Porsche.

So what happens when we take the guts from the PWD-strong Miata and wrap them in a lightweight tube-frame chassis with the Exocet kit? We should see around a 30% reduction in weight, and we’re hoping to finish the build at well under $15,000 total cost. 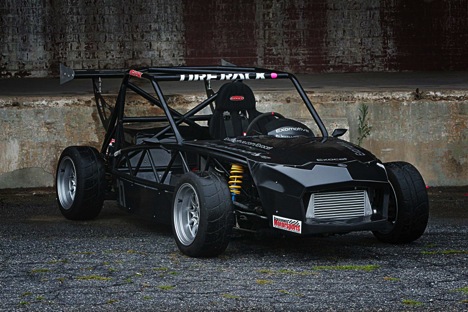 Those figures mean our Exocet, when finished, should enjoy a power to weight of .14 and a PWD of — wait for it — 93.3. And all that with bargain basement running costs, plus all the slightly used race slicks you could want off Spec Miata cars.

If we threw a turbo kit at our car, which we might down the road, it would boost the power-to-weight to around that of the GT3 RS, but for only about an eighth the cost.

If you’re looking for a wild looking car with serious performance, you want to build it yourself, and money is a concern, you’re going to want to use PWD to classify cars going forward. When you do, we don’t think you can find better than the Exocet.

About Jim Hodgson 6 Articles
Jim Hodgson is a published novelist and car guy. He's run on track and in parking lots with SCCA and the world famous buffoon menagerie that is 24 Hours of LeMons. He's the co-host of homemade car show Crossthreaded, and a thanker of corner workers. Thank you, corner workers! Link: http://crossthreaded.us