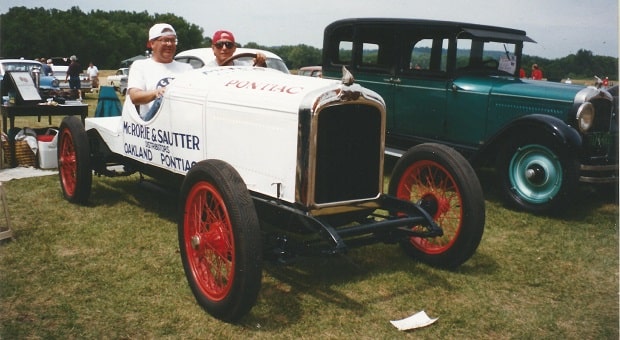 When it was new, the 1926 racer was sponsored by McRorie Sautter Motor Car Co., a Utica, N.Y. dealer that sold Oakland and Pontiac automobiles (Pontiac was an Oakland companion car at that time). The car has serial No. 3974 of about 77,000 Pontiacs built in the marque’s first year. 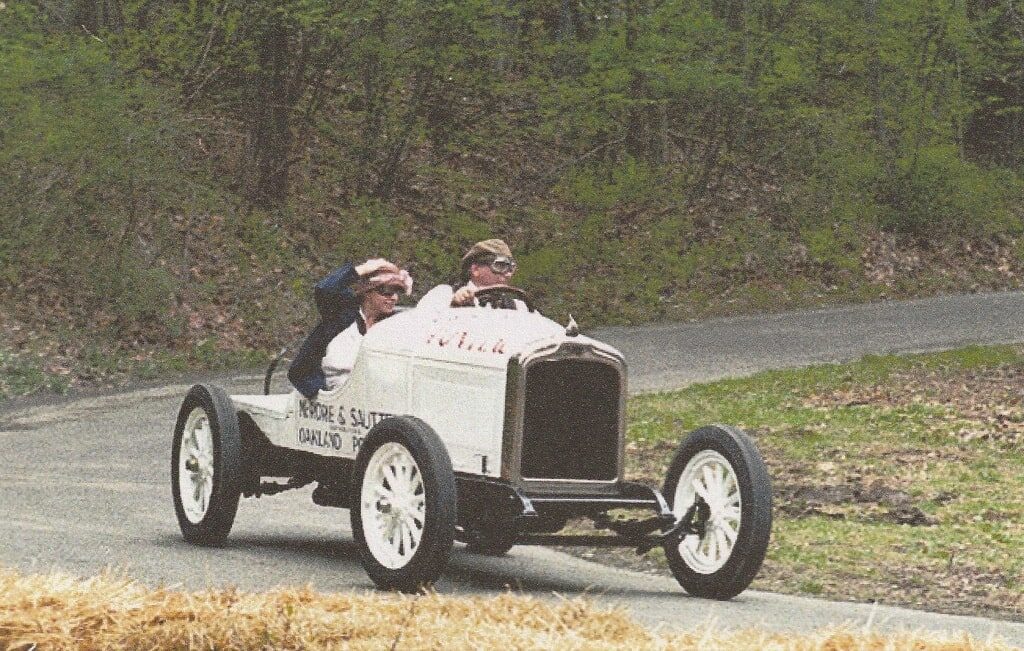 Late in the spring of 1926, the car was sold and subsequently suffered a fire that destroyed the passenger compartment. The damaged chassis remained fairly intact and dealership owner Fred McRorie purchased the car. He had the Willoughby Body Co. of Utica, N.Y., fabricate a speedster body and fit it to the chassis. He then entered the car in racing events called “hillclimbs.”

On August 14, 1926 the “Pontiac Hillclimber” made its debut at the Sherrill Hill Climb in Sherill, N.Y. It finished first in the class for cars with 141- to 214-cid engines and took third in class for unlimited displacement. This is the earliest known competition in an organized event for a Pontiac. 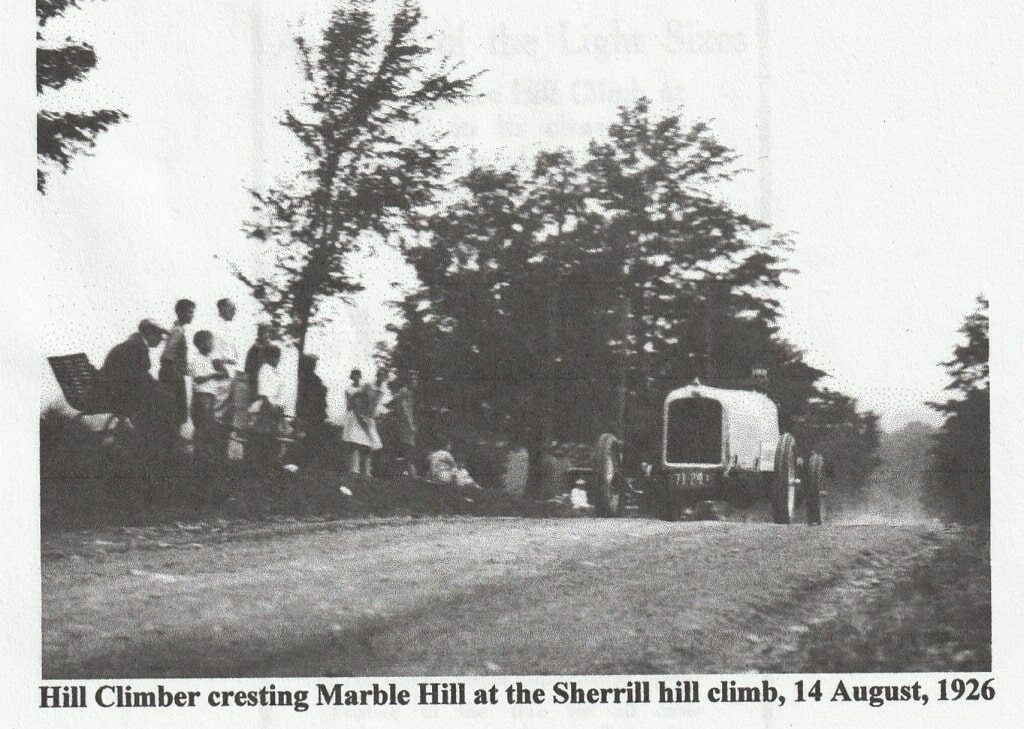 The dealership continued to race the car through the remainder of the 1920s. It was always driven by Warren “Mandy” Mandeville, a dealership employee who had previously raced his own Hudson. In 1932, the dealership switched to selling Buicks and the racing car was repainted and used by the dealership to run errands.

The fenderless racer is finished in white with red wire spoke wheels. It is powered by the famed “Chief of the Sixes,” a flathead six-cylinder engine with a split cylinder head. In 1997, Landvoight saw the car advertised on a bulletin board at the place where he’d worked years ago. It turned out that the vintage racer was in very good condition and he bought it. 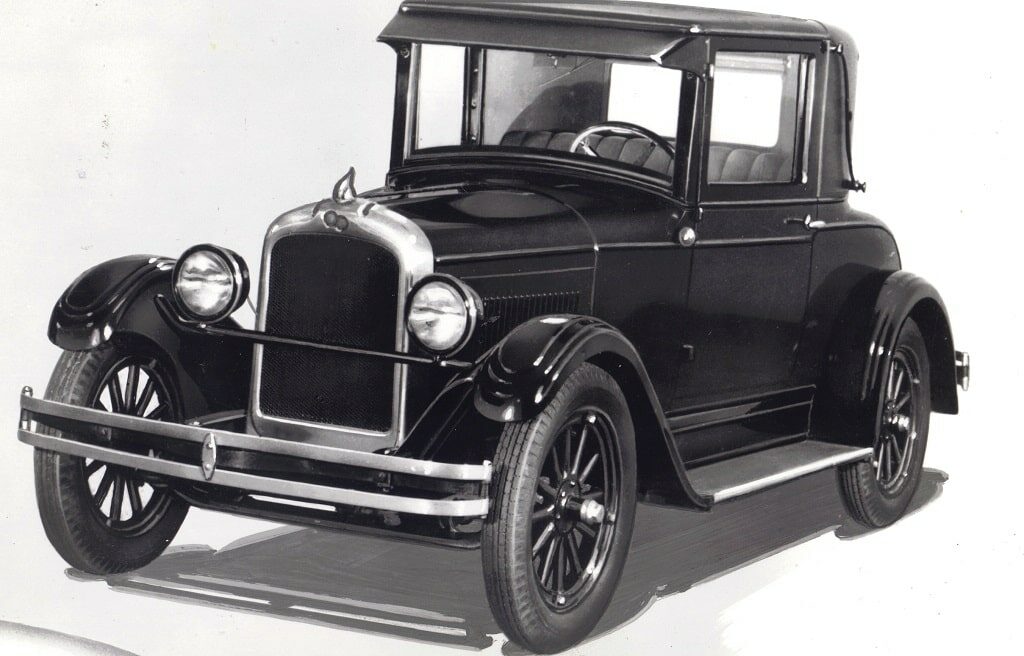 Landvoight then joined the Pontiac Oakland Club International (www.poci.org) to learn more about his car. He didn’t learn a whole lot, because a prewar Pontiac racing car is a rarity. However, Landvoight joined the club’s Early Times Chapter (ETC) and got more and more involved with Pontiac history.

He has discovered that many Oaklands (the predecessor to the Pontiac) competed in hill climbs and distance races. And in 1930, a V-8 powered Oakland ran in the Indianapolis 500. But when it comes to Pontiacs, very few were raced before the muscle car era.

Landvoight hopes to change this situation by networking with people in and out of POCI to learn more about prewar Pontiac racing cars. He is also interested in any specific information about Pontiac and Oakland racing cars. He can be contacted at [email protected]. 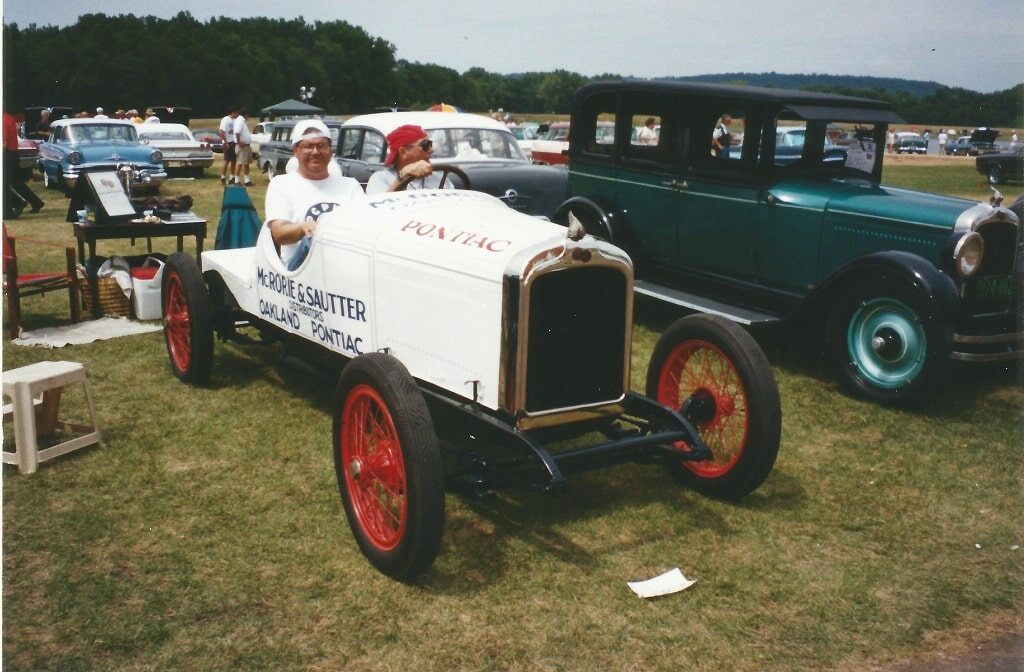