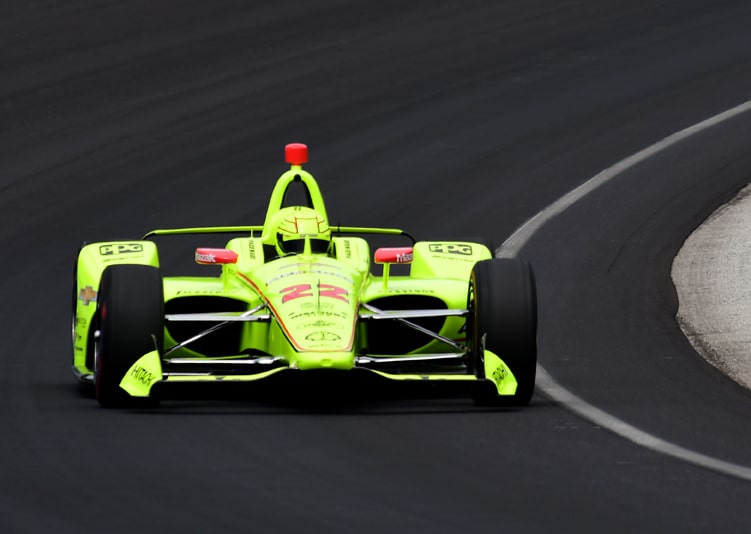 A few years ago, when the NTT IndyCar Series was suffering from declining fortunes, its Hulman and Company owners decided to mix up the two Indianapolis 500 qualifying days, at one time almost as hot a ticket as the 500-mile race. Lacking more than 33 cars for “bumping” exercises, INDYCAR tried all kinds of gimmicks to make qualifying more compelling. Until this year it all looked like a poor excuse for competition.

With 36 cars on the grounds that were capable of filling the field – not a true wanker among them – this year’s two days of weather-affected time trials took on the kind of drama that was so much of Indy lore prior to the split between CART and the Indy Racing League in 1996. 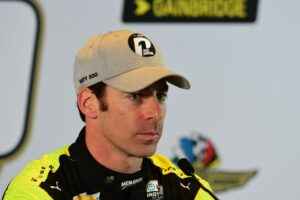 This year there were good cars, good drivers, good teams vying for their spots in the field of 33 on Indianapolis Motor Speedway’s 2.5-mile historic oval. Saturday’s qualifying took on extra meaning when many who couldn’t properly read the track decided to abort their times and try again. There were two lines for qualifying: the No. 1 lane was for first-timers and for those giving up their original times for re-tries. The second line was for those keeping their original times and making added tries to improve.

After failing to get proper practice time following his Wednesday crash, two-time Formula One champ Fernando Alonso and McLaren Indy Racing spent more time on pit road than nearly everyone, making a total of five Saturday attempts to be part of the field. They remained among the six cars attempting for Sunday’s three final spots – only positions 10-30 were set when Saturday qualifying ended at 5:50PM EDT.

Sunday’s weather was expected to be “iffy” from the start. Thunderstorms were the prediction and it was thought no track time would be possible. Although INDYCAR intended the final row shootout participants and those vying for pole position amongst the fast nine have an opportunity to check out their setups prior to qualifying, inclement weather scotched that as tow trucks attempted to keep the oval in good racing shape through the changing conditions. 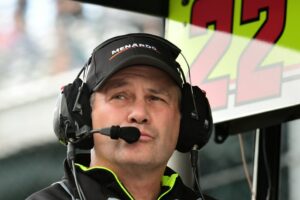 As it was, the last row shootout took place at 4:30PM rather than at 12:15, with the fast nine qualifying directly afterwards. The drama for all 15 drivers and teams was intense. Truly intense. First out for last row qualifying was James Hinchcliffe, followed by Max Chilton, Alonso, Sage Karam, Patricio O’Ward and Kyle Kaiser. When it was settled, Karam was quickest, followed by Hinchcliffe and Kaiser, who knocked out Alonso and sent McLaren home.

Then it was time for the fast nine, with Sebastien Bourdais, Alexander Rossi, Ed Carpenter, Ed Jones, Colton Herta, Josef Newgarden, Simon Pagenaud, Will Power and Spencer Pigot qualifying in reverse order to their Saturday times, when Pigot was quickest of the nine. Pagenaud, winner of last week’s INDYCAR Grand Prix on the Speedway’s road course, secured his first Indy 500 pole and Team Penske’s 18th at this race. Ed Carpenter Racing took positions 2-4, showing the strength of the local driver/owner’s team.

Was it exciting and stressful? Yes to both. Did the results speak to the conditions at the time and the preparation of these five teams (Penske (3 cars), Andretti, Harding Steinbrenner, Ed Carpenter Racing (3 cars) and Dale Coyne Racing with Vasser/Sullivan)? Yes, of course. All the drivers did their jobs and dealt with the conditions they were given. 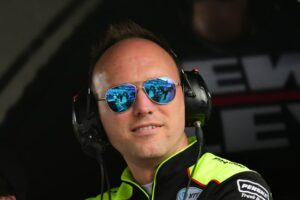 The results are black-and-white – and Simon Pagenaud gets another week to enjoy his achievements on the Indianapolis Motor Speedway race track. With nearly a week to tear down, rebuild the 33 qualified cars, together with pit stop practice, there’s a two-hour on-track practice on Monday and the customary “Carb Day” practice on Friday to raise the tensions and stress to the max.