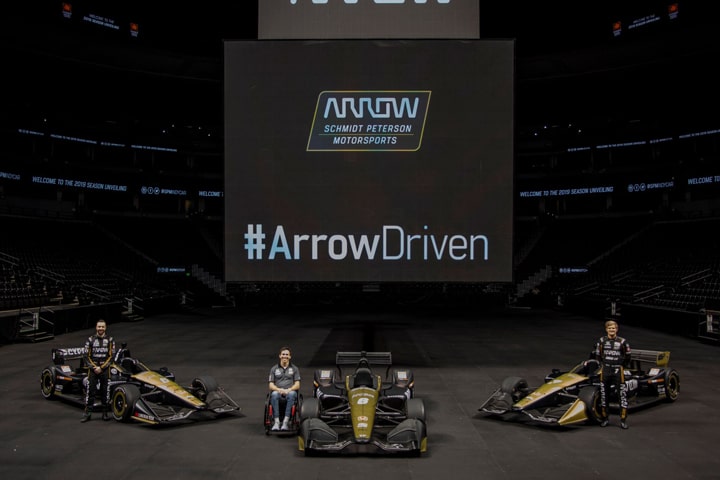 Although the series doesn’t start its 17-race calendar until the second weekend of March, the NTT IndyCar Series has been busy with announcements and will soon conduct its initial open tests in preparation for the season-starter at St Petersburg, Fla.

Late last week, Schmidt Peterson Motorsports changed its name and gained added participation with Arrow Electronics, the company that has been sponsoring Canadian James Hinchcliffe over the past four years. Arrow was a force majeur in team co-owner and quadraplegic Sam Schmidt’s initial 2014 laps around Indianapolis Motor Speedway in a specially equipped, semi-autonomous SAM car. The following year, Arrow became primary sponsor on Hinchcliffe’s No. 5 car, its number a nod to Arrow Electronics and its motto of “Five Years Out,” the vision of guiding electronic innovation towards the needs of the future.

Arrow is now the title partner for the newly rebranded Arrow Schmidt Peterson Motorsports (ASPM), allowing the team to be more fully able to utilize the firm’s technical expertise and resources. The announcement was made in Arrow’s hometown of Denver, Colorado as ASPM revealed its liveries for the 2019 IndyCar season.

The team’s three Dallara-Honda Indy cars were on display at the Pepsi Center, home to the Denver Nuggets, Colorado Avalanche and Colorado Mammoth. All three cars, Nos. 5, 6 and 7 show the signature black and gold colors previously seen solely on the Honda driven by Hinchcliffe since 2015. What was once a chrome accent on the car is now a futuristic, sleek matte finish.

All three drivers were on-hand as well: Hinchcliffe, recovering ace Robert Wickens and Swedish newcomer Marcus Ericsson came to Denver for the unveiling. While Wickens continues his rehabilitation from injuries sustained at Pocono last season, the No. 6 Arrow Electronics Honda was on display, signifying the team’s intent to keep the car ready and available for the Canadian whenever he is able and desires to return to the seat. 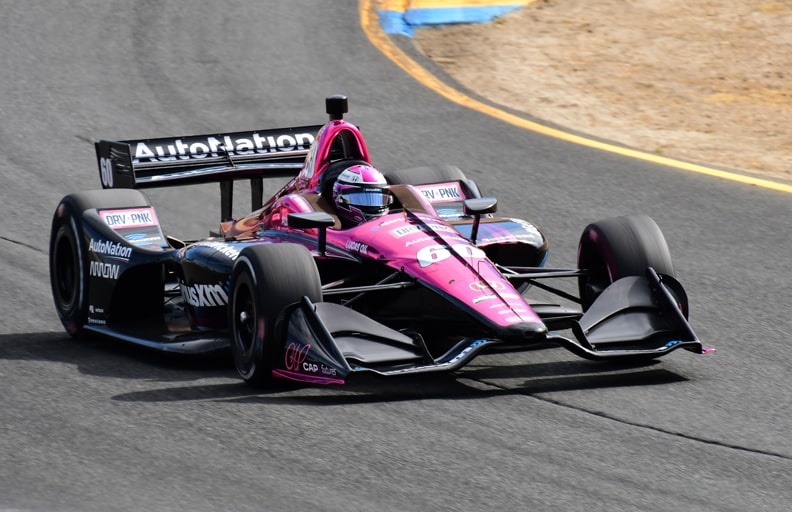 Arrow Schmidt Peterson Motorsports is continuing its technical partnership with Meyer Shank Racing, which is increasing its schedule from six races in 2018 to ten for this year, all with British racer Jack Harvey and through its AutoNation and SiriusXM backing. Meyer Shank Racing (MSR) will compete in the season starter at St Petersburg on March 10, then race at Circuit of the Americas, Barber Motorsports Park, the 45th annual Long Beach Grand Prix, completing the month of April.

MSR will attack both Indianapolis races, on the Indianapolis Motor Speedway’s road course and on the historic 2.5-mile oval as they race in the 103rd Indianapolis 500. In June, MSR will race at Road America and its home track of Mid-Ohio is on the docket for July. This team will take part in the final two races of the year, at Portland International Raceway and WeatherTech Raceway Laguna Seca.

Trevor Carlin’s Carlin team returns to the NTT IndyCar Series for the 2019 season with Briton Max Chilton and Gallagher, a leading global insurance brokerage. It’s the team’s second complete season in this series; in 2018 they also fielded a Chevrolet-powered race car for Charlie Kimball, who is expected to run an abbreviated 2019 campaign. The coming year marks Max Chilton’s fourth in the series; his fourth-place result in the 101st Indianapolis 500 remains a highlight of the former Formula One driver’s career in America. 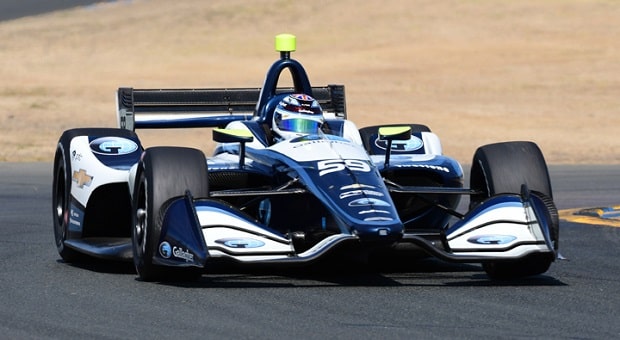