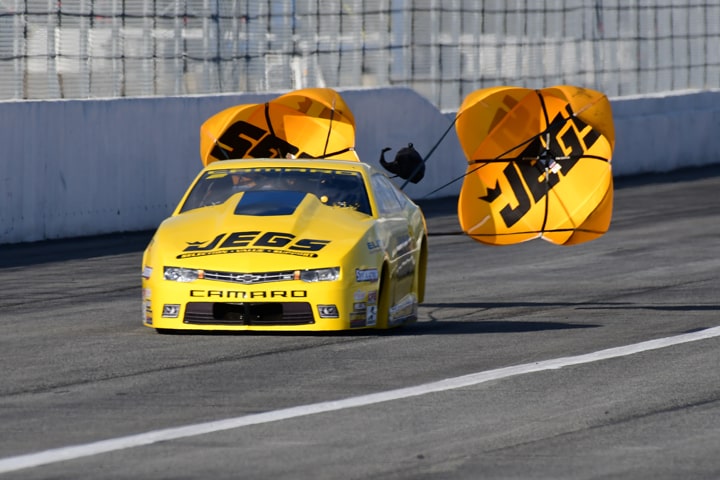 The 2019 NHRA Mello Yello Drag Racing Series season reaches its halfway point once this weekend’s Summit Racing Equipment NHRA Nationals are completed at Summit Motorsports Park in Norwalk, Ohio. Weather permitting, quick times will be set, rivalries will continue as NHRA marks the return of both Pro Stock and Pro Stock Motorcycle after a three-race hiatus.

Norwalk is always a big event and this particular contest marks the close of a four-week trek across central America to conduct four consecutive races. The reappearance of NHRA’s two Pro Stock categories neatly bookends the four-races-in-for-weekends hegira and gives the drag racing pits a bit more of a “normal” feel to it. Pro Mod is also in the house this weekend.

There are healthy entries for all four Mello Yello classes in Norwalk, as 19 Top Fuel, 20 Funny Car and 18 each Pro Stock and Pro Stock Motorcycle entrants have signed on to compete for 16 available slots in each class’ Sunday eliminations.

It’s a healthy group of dragsters making the trip to northern Ohio for this race where, as is becoming customary, everyone will be chasing at least one Torrence CAPCO Contractors rail. Father Billy joins reigning champ and son Steve again this weekend, looking for his third win of the year as Steve attempts to earn his sixth. After taking five in a row, Steve Torrence surrendered to central California’s Mike Salinas, who took his second victory in the class at Bristol.

Of interest in the dragster field is the return of young Jordan Vandergriff, together with attempts by elders Luigi Novelli and Chris Karamesines. While Steve Torrence has more than 300 points in hand over Doug Kalitta, who is racing with the colors of Applied Imaging, similar to his Mac Tools red-and-white logos, there’s a hot pursuit from second through sixth places in the dragster corps as everyone jockeys for those ten spots in NHRA’s playoffs. 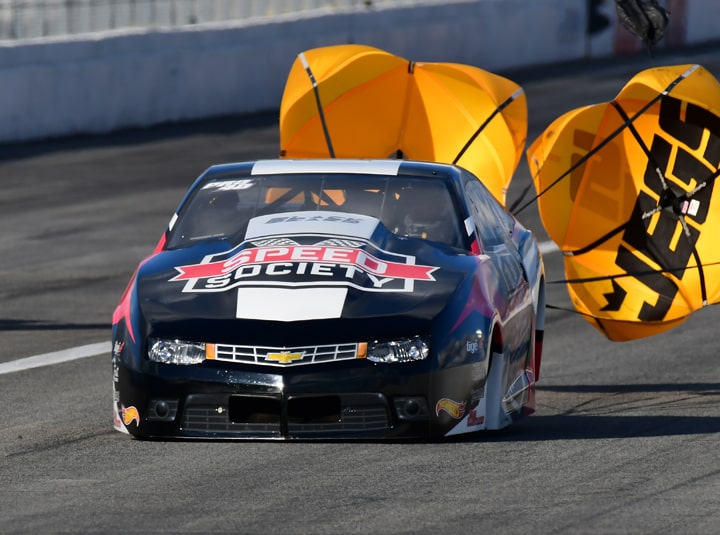 That Countdown to the Championship doesn’t start until after Labor Day’s Chevrolet Performance U.S. Nationals outside Indianapolis, but the journey to gain one of those spots and advanced seeding

The wait to see John Force earn his 150th NHRA Funny Car national event is getting tiring, even for the 16-time champion, who came up short – again – last weekend to a man he mentored, Bob Tasca III. While Force has won the Summit Racing Equipment Nationals only once, in 2014, he’s pumped for this weekend’s event, knowing he’s won 68.9 percent of all NHRA races he’s run, with a 1,330-599 record. So this weekend, he’ll either attain that 150th victory or lose for the 600th time. Either way, “I’ve got confidence. That (150th) win is coming.”

This weekend there are 20 floppers entered in the 12th race of the year and fourth in a row. NHRA welcomes back Paul Lee (’18 Charger), Blake Alexander (’17 Ford Mustang), Dale Creasy Jr in a 2014 Dodge Stratus, local Mike McIntire Jr in a ’17 Camry, Bob Bode’s 2018 Ford Mustang, along with semi-regulars Jeff Diehl (Camry) and Jonnie Lindberg in a 2017 Mustang from Jim Head’s team.

The large field is a show of good health for the Funny Car class, where Wilkerson debuts a one-race blue design highlighting his Polar Air Compressor’s partnership. The Eaton Compressor division has a nearby facility and has been an associate sponsor on Wilkerson’s car. Wilkerson’s rising fortunes parallel those of Jack Beckman, whose consistency is complemented by his crew chiefs John Medlen and Dean Antonelli. It’ll be interesting to see if Lindberg, who showed so much promise initially in his run with Head’s small team, can again rise to the challenge of competing against some of the best in this business.

So Pro Stock is back. A friend contacted this writer prior to last weekend’s race, noting that Mountain Motor Pro Stock cars were entered in Bristol, wondering if the Pro Stock class had been canceled. While teetering on life support, as its continuing accent on the Chevrolet Camaro race car makes the category pretty much of a silhouette class, Pro Stock has some excellent racers vying to knock 2017 champ Bo Butner off the top spot and back to earth.

This is five-time Pro Stock champ Jeg Coughlin Jr.’s home race and the Ohioan is looking to break out with his second win of the year. HIs Elite Motorsports teammates Erica Enders stand second and third behind Summit/KB Racing’s Butner, who has 167 points on Laughlin and 205 on Enders, both surmountable once the Countdown to the Championship begins after Indy. Jason Line and Greg Anderson of Summit Racing are fourth and fifth, followed by Matt Hartford, Deric Kramer, Coughlin Jr., Rodger Brogdon, and Chris McGaha, all driving Camaro race cars.

We also witness the return of Pro Stock Motorcycle, whose 16-race season has been in effect for at least a couple of decades. As with its cousins this class has 18 entrants looking for 16 elimination slots and all of them are chasing five-time PSM champ, Andrew Hines, racing the Vance & Hines Screamin’ Eagle Harley Davidson Street Rod, a machine identical to new teammate Angelle Sampey’s, while Eddie Krawiec rides a V-Rod.