After a weeklong hiatus, three past NHRA world champions were back to their winning ways at this weekend’s Virginia NHRA Nationals, at Virginia Motorsports Park. Beginning with last year’s Top Fuel world champion Steve Torrence, who narrowly edged three-time champion Antron Brown to earn back-to-back victories at the Virginia NHRA Nationals, and continuing with 2016 Funny Car champion Ron Capps, who defeated reigning world champion J.R. Todd to earn his first back-to-back victory of the season. Sunday’s final race winner would also boast a similar resume to both Torrence and Capps, and after defeating K.B. Racing stablemate Greg Anderson to score his fourth Wally in five Pro Stock races it is obvious why Bo Butner is a past Pro Stock champion. 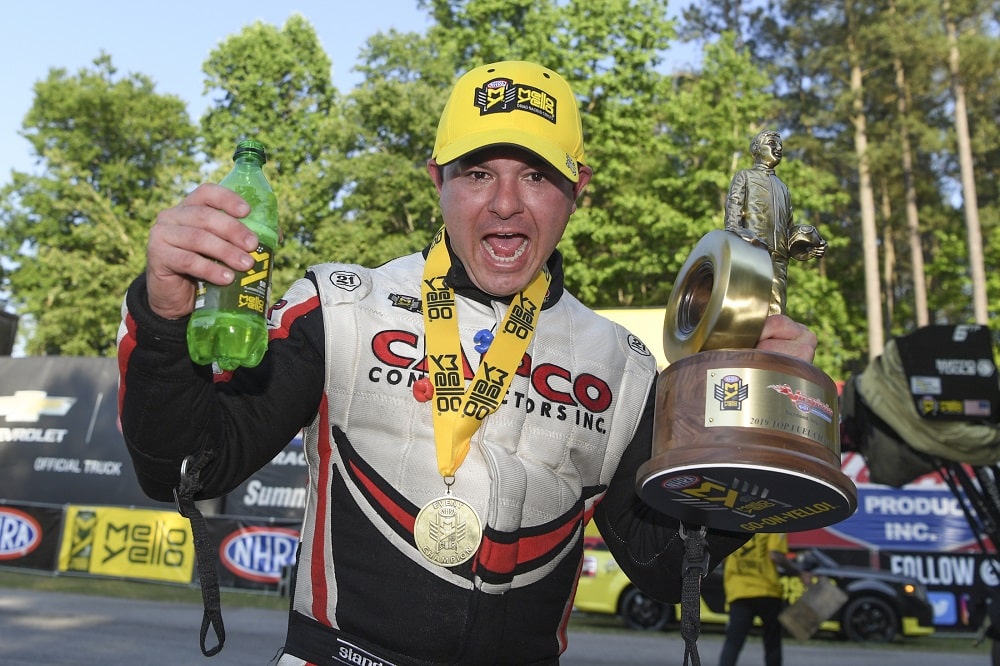 “Antron has kicked my butt over and over, so to go head to head with a guy like that and be 5-5 in finals is amazing,” said Torrence. “He has proven time and again that when the heat is on he is the best driver out here and without my Capco boys there is no way that we could have earned this win.”

This win gives Torrence a 160-point lead over Brittany Force going into the Route 66 NHRA Nationals. 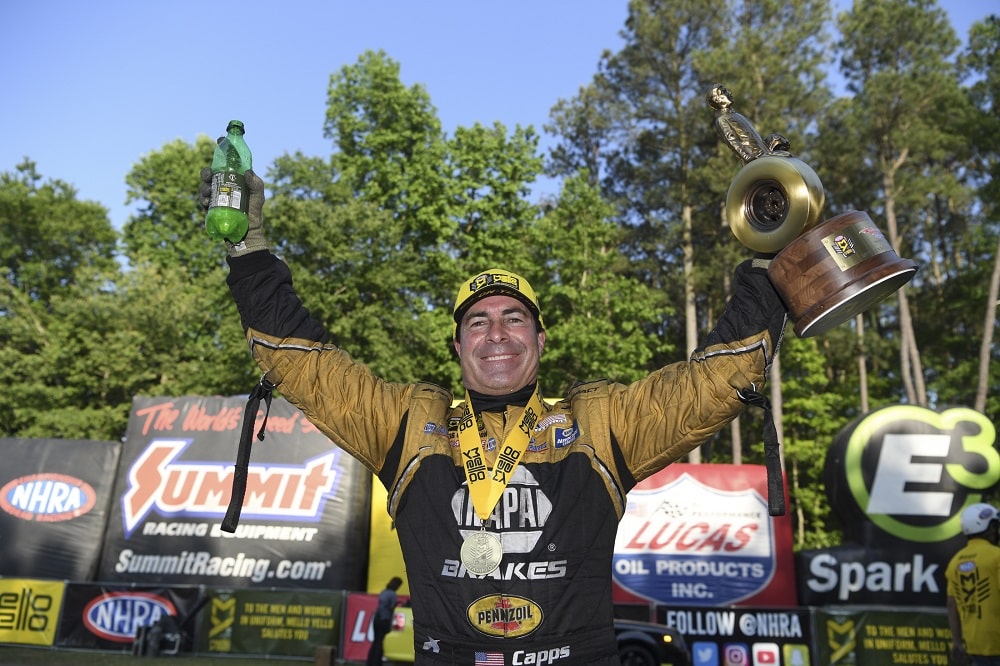 Past championship’s weekend would continue as 2016 Funny Car world champion Ron Capps would race to back-to-back victories in his NAPA Brakes Funny Car after defeating 2017 champion Robert Hight in a pedalfest in the second round as well as past teammate Tommy Johnson Jr. in the semifinals to take on reigning Funny Car world champion J.R. Todd in Sunday’s final round. With a 4.097-second lap pass Capps would take down his final past Funny Car champion for his 63rd overall win and second victory of the season.

“This was the 30th win since 2012 for both me and my tuner Rahn Tobler,” said Capps. “I was actually pretty nervous right before the final round because we didn’t have lane choice for the final and I honestly was surprised that J.R. Todd’s team took the left lane. Richard Hogan, crew chief for Top Fuel winner Steve Torrence, told me he was taking the right, and I didn’t know which lane was better but I know if Richard Hogan is picking it, it’s gotta be good. I saw about 120 Kalitta crewmembers walk in front of me as we were getting ready – I don’t know if they were trying to intimidate me – but I knew I needed to spoil their mosh pit. Tobler set it back like we had it first round and it went right down there; vintage Rahn Tobler.”

Despite yet another victory, Capps continues to trail Robert Hight in the Funny Car point standings going into the Route 66 NHRA Nationals. 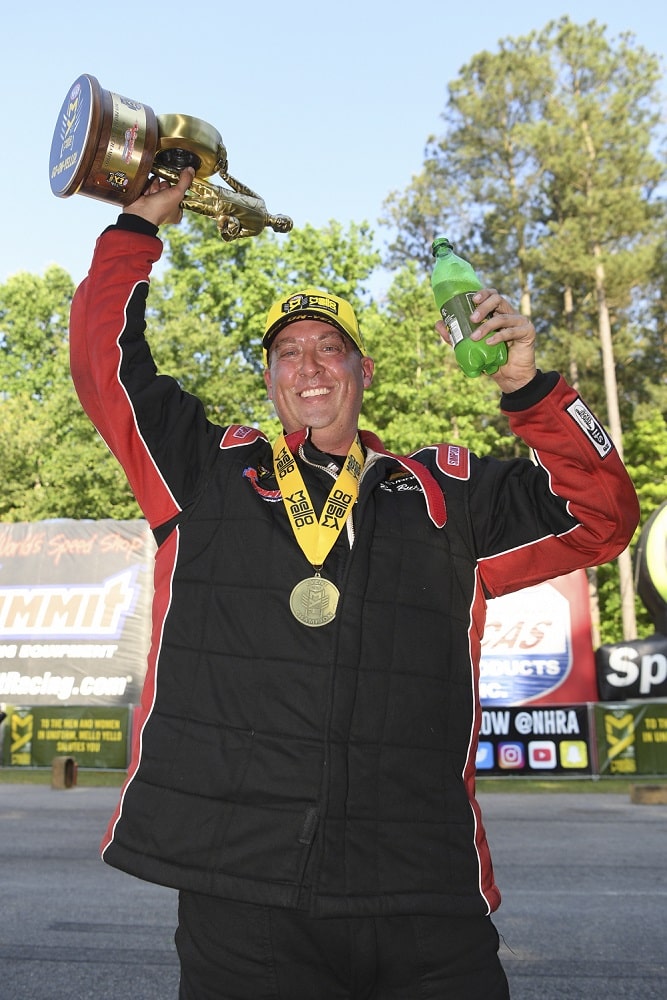 Past championship victory weekend would come to a head after 2017 Pro Stock world champion Bo Butner would continue to show that his K.B. Racing team was the one to beat on Sunday after racing his way to the final round against his hardest charging teammate Greg Anderson.

After getting off the starting line second, it looked like Anderson would come out on top. All of that would change when Butner ran down Anderson’s Summit Chevrolet to park his Jim Butner Auto Group Chevrolet in the winner’s circle at Virginia Motorsports Park.

The past Pro Stock world champion is now just one win away from matching the five he earned in his 2017 Pro Stock title-winning year, which came in a 24-race schedule.

The Mello Yello Drag Racing Series continues at the Route 66 NHRA Nationals at Route 66 Raceway (May 30-June 2) in Elwood, IL. Stay tuned to RacingJunk.com for all your NHRA coverage!