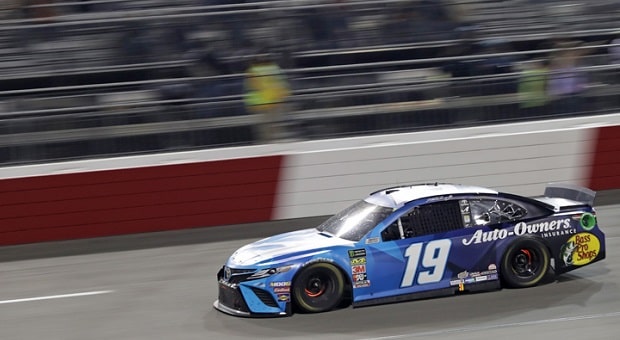 NASCAR is trying very, very hard to win back lost fans with every gimmick they can think of. Suffice to say, the trickery isn’t working, as evidenced by empty seats at racetracks that were, at one time, truly tough tickets.

The series makes a point in stating, “Throughout its history, the Monster Energy NASCAR All-Star Race has provided a platform to try new and innovative ideas, some of which we have incorporated on a full-time basis,” according to Steve O’Donnell, NASCAR vice president and chief racing development officer. “Last year’s all-star rules package resulted in one of the most exciting all-star races in history. With a similar package, and added elements that we could see in the next generation (Gen-7) race car, we expect another must-watch event.”

In the event of a restart in the fourth and final stage of the all-star race, if started with two or fewer laps remaining, there will be unlimited attempts at a green, white, checkered finish under green flag conditions, NASCAR said.

To prepare for its future 2021 Gen-7 race car, NASCAR intends to feature a couple of technical elements in this contest. A single-piece carbon fiber splitter/pan should offer “dramatic improvements in ride height sensitivity for the drivers,” NASCAR said. This component is intended to provide a more stable aero platform and allow more consistent performance as cars race in traffic.

Each car will also be configured with a radiator duct exiting through the hood rather than the current engine compartment exit. The intent is to create improved aerodynamic parity and reduce engine temperatures for all entrants.

On Saturday night prior to the all-star race, NASCAR holds the Monster Energy Open for drivers thus far ineligible to compete in Sunday’s contest. The Open consists of three stages of 20 laps, 20 laps and a final 10-lap stage. The winner of each stage earns a spot in the All-Star Race.

Eligibility for the All-Star Race includes drivers who have won a MENSC points race in either 2018 or 2019; drivers who won a past All-Star race and compete full-time in the MENSC Series. In addition to stage winners in Saturday night’s Open contest, racers can make the All-Star race through the Fan Vote, ongoing at NASCAR.com.

Will the continuation of last year’s rules, with only a slight adjustment, together with introduction of possible new rules for 2021 and beyond, entice former followers of stock car racing back to the fold for this particular weekend of competition?

Since both of these events are being held in late afternoon or early evening (and beyond), there might not be “solar reflectors” on the Charlotte Motor Speedway seats. Any coverage of seating areas will tell a tale, as will the number of motor homes – or lack of same – making the trek for two weekends of stock car action.