Thought to have been caused by a problem with the fuel filler can’s coupler not sealing properly when Gaughan’s gasman pulled the can out of the car, fuel was sprayed on both the car itself as well as around other crew members as they came around to the left side of the car.  When the team’s rear tire changer attempted to tighten the lug nuts on the left rear wheel, a spark from one of these lug nuts ignited the fuel that had leaked onto the ground starting the pit road fire. 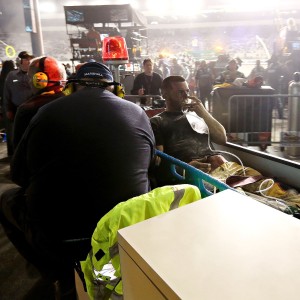 Although two Richard Childress Racing pit crew members as well as a crew member from Eric McClure’s neighboring team all received minor injuries and were transported to a local hospital, thanks to the current mandated fire suits and other safety equipment both team members have now been released from the hospital and weren’t seriously injured.

NASCAR Vice President of Innovation and Racing Development Gene Stefanyshyn also said that he was impressed with how quickly the entire NASCAR and fire safety crew jumped into action to not only put out this fire but get everyone to safety.  “Had everyone not jumped into action so quickly the consequences could have been much more dire than they were,” said Stefanyshyn.

As is common place for both the sport as well as for NASCAR, this incident will now go under the microscope to find new ways to avoid incidents like this from reoccurring as well as to avoid further injuries.

“The next step for us will be to do an analysis of the situation,” said  Stefanyshyn.   “What was the cause? Is there something … we could have even done even better to improve our procedures; and we’ll be looking at the clothing and equipment for the crewmembers to make sure there is something there that cannot be improved.”

While we send our well wishes to the hard working pit crew members involved, stay tuned to RacingJunk.com as we continue to follow this investigation. 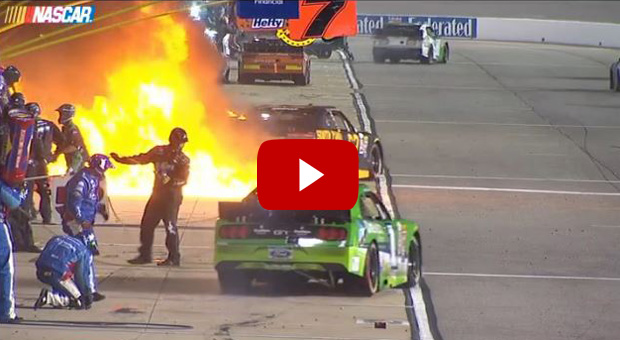