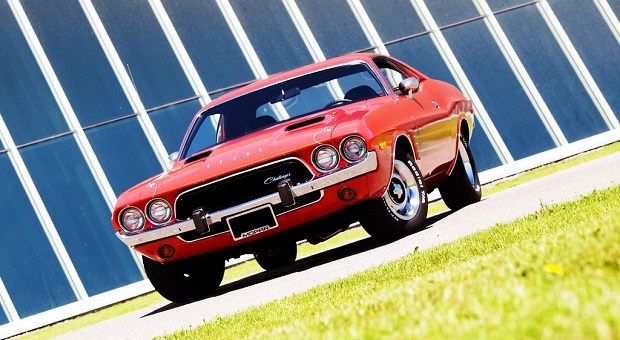 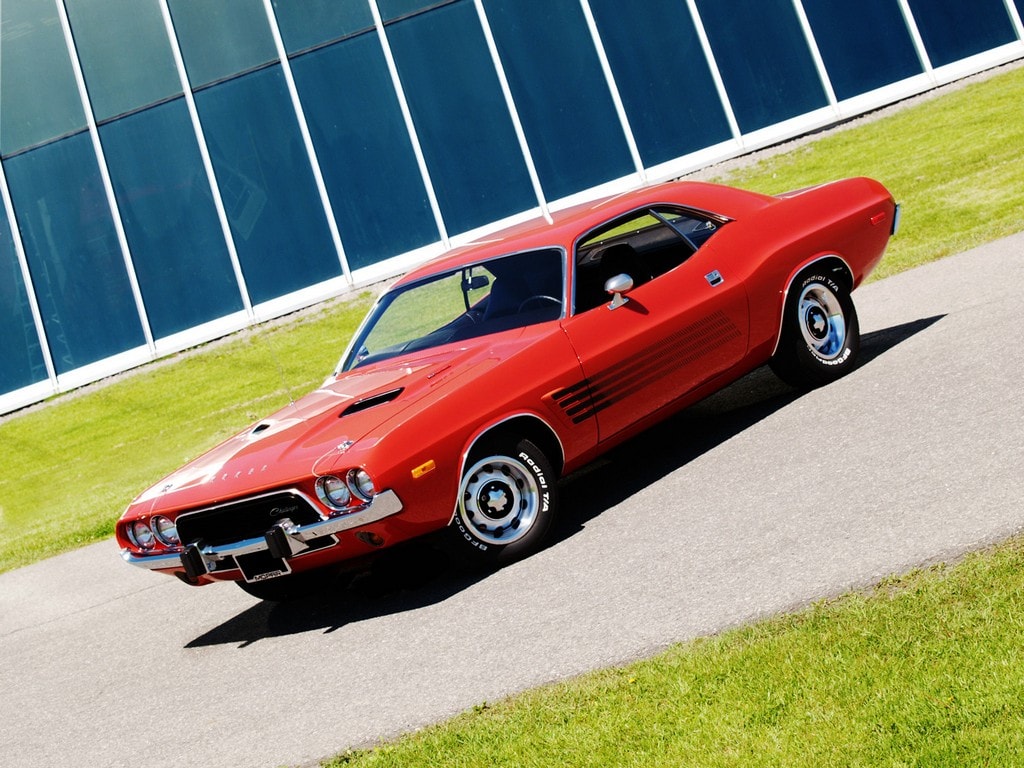 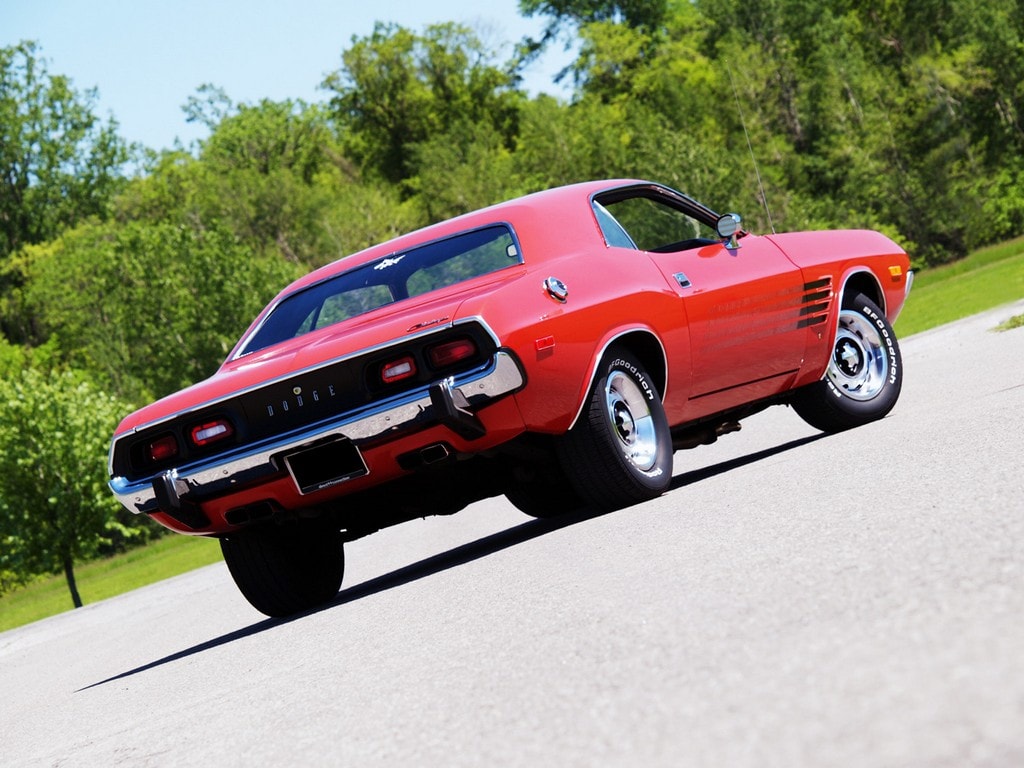 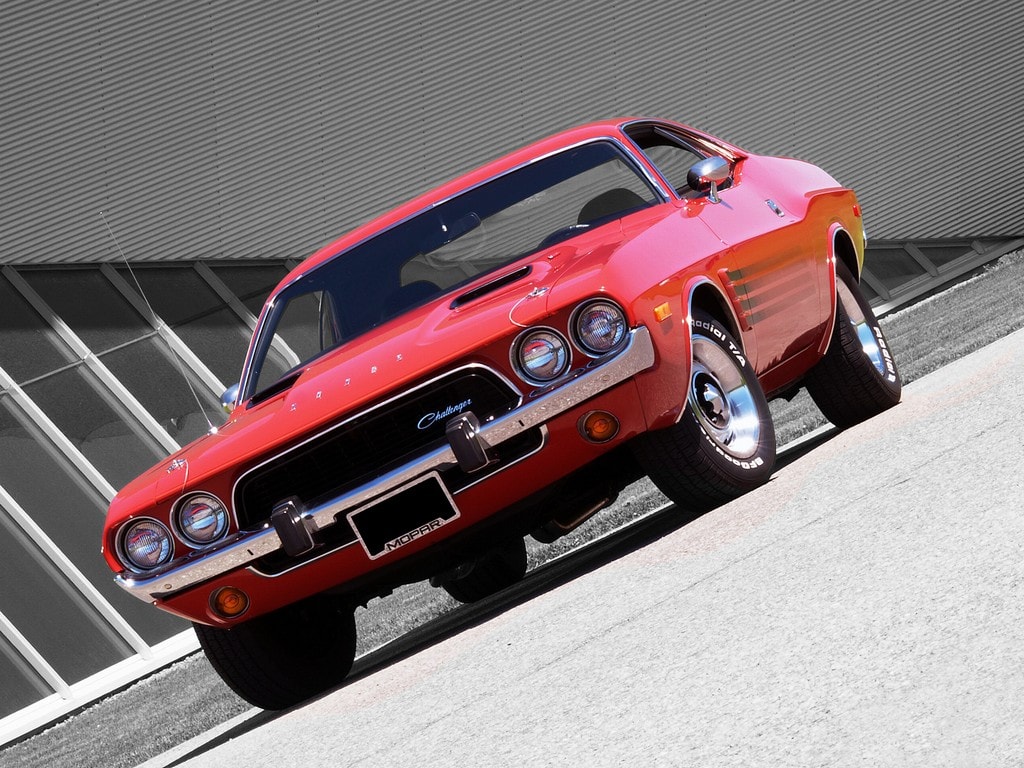 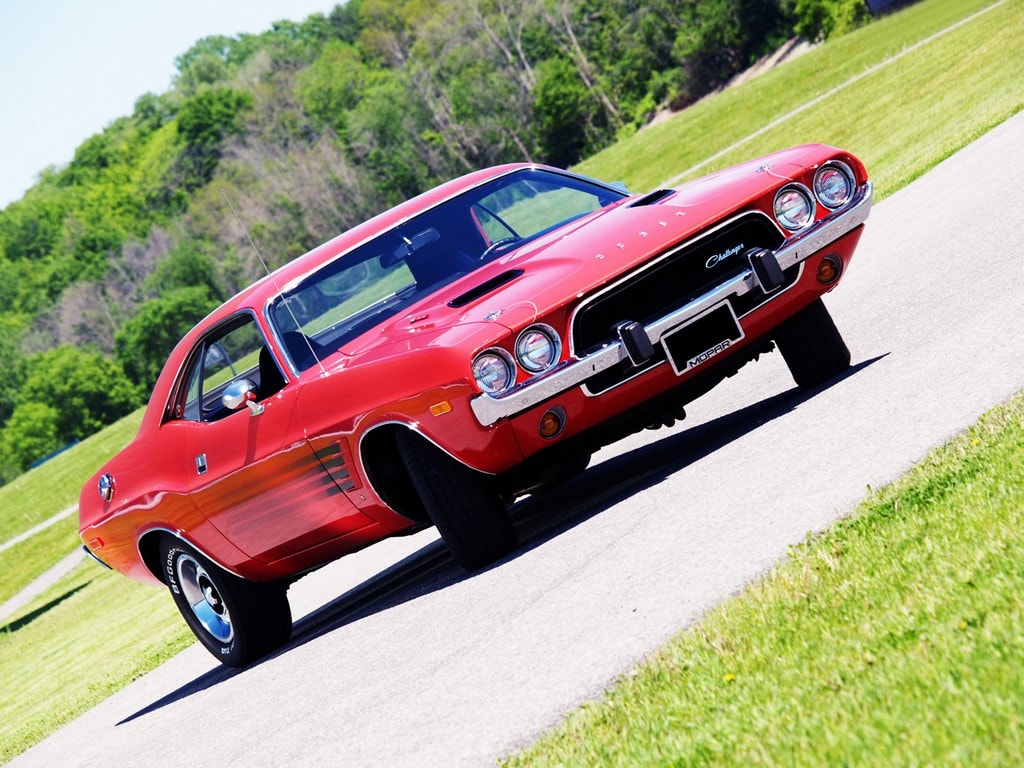 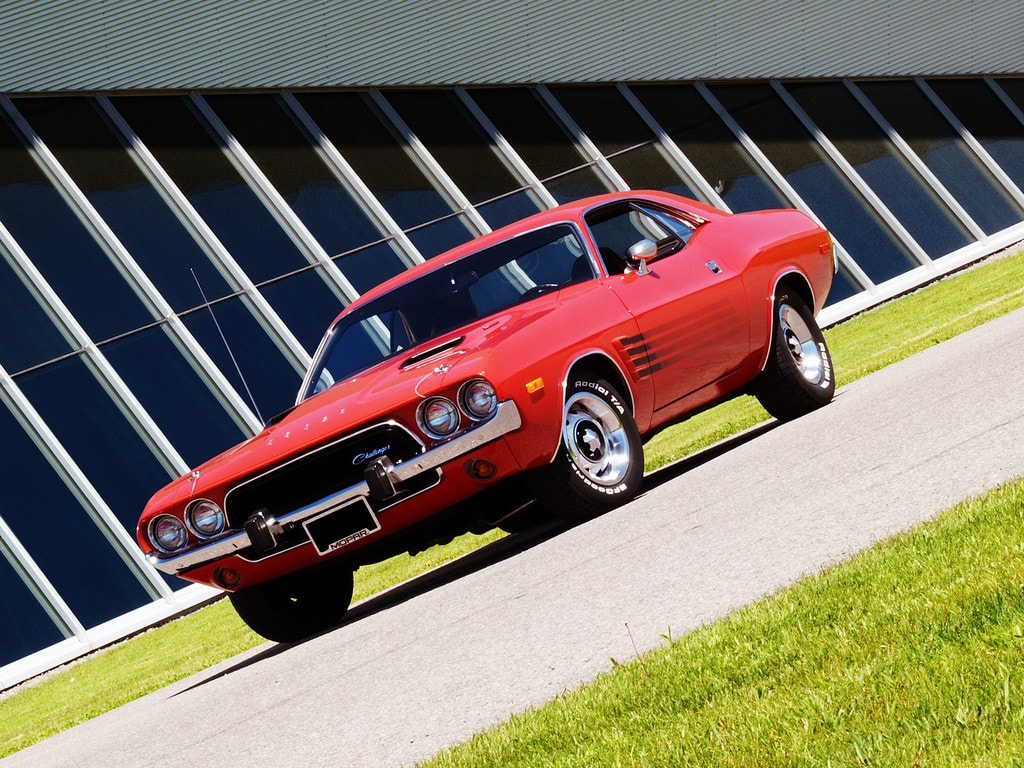 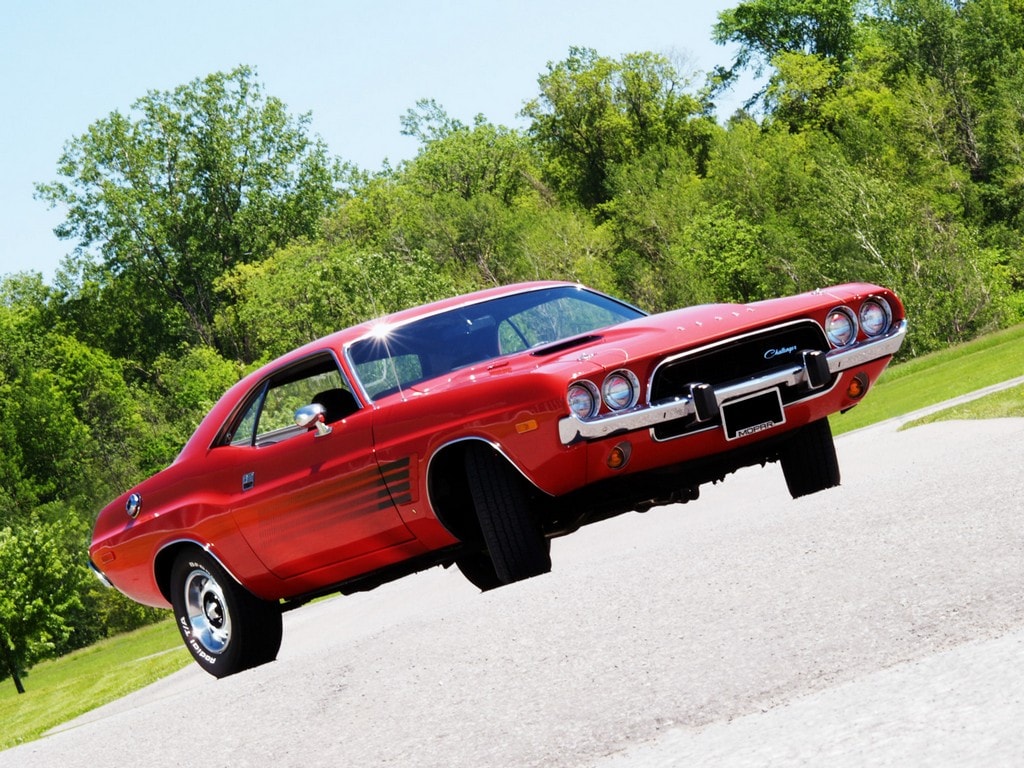 I’m mystified by car manufacturers who build a moving libido, only to water it down to appeal to an attitude from men who wear their pants at chest-height. When you look at a Mopar car, your eyes should glaze over and your vocabulary decline to monosyllabic grunts. The car should look and sound like it could make a seismograph go off scale. In other words, if you build a muscle car, make sure it looks like a muscle car. Don’t have a Rottweiler sound like a Chihuahua.

Fortunately, Dodge built the Challenger (Dodge’s last car with a similar name was their ugly Silver Challenger, built in the ‘50s, which was of a size comparable a Rose Bowl parade float). The Challenger was a designer’s wet dream and one of the most beautiful series of Mopar cars to come from a piece of paper. Even more remarkable was your own buffet of engine selection (up to twelve choices). Dave Askwith owns a second-generation 1973 Dodge Challenger. It is the colour of red, smoldering lipstick and the anticipation is just as rewarding.

“I bought the Challenger in 1982,” states Dave, “when it was a brown car with a white vinyl roof and a 318 motor (remember what I said about middle-aged mentality). The engine has been replaced by a 1972 340 built by D&D Performance. The transmission was replaced with a Fireball A727, while the rear end has been enhanced by an 8.75 Posi and strengthened by 3:55 gears built by Randy’s Performance Automotive.”

The hue is actually called Chrysler Rally Red with side chatter stripes.

Rally Red was one of the last bold colours Chrysler painted their muscle cars in the 1970s.

“At the time of purchase, I had a 1970 Plymouth Roadrunner that I advertised in Auto Trader magazine for sale or trade for either a 1970 or 1974 Challenger,” remembers Dave. “Most of the Challengers that showed up in my laneway were rust buckets. Most cars built in the 1970s were notorious for accumulating rust.

“I had almost given up when I spotted a small ad in the Ottawa Citizen newspaper for a 1973 Challenger with the caption, ‘May be restorable.’”

“I can’t help but always compare the Challenger with the Cuda. They both shared similarities, such as engine performance and E-body chassis (though the Cuda was shorter in length). Why were you so keen on a Challenger?” I ask.

“My father had always driven Chryslers so I inherited his love for them. The reason I like this particular car is that when I was 16, I learnt how to drive through Jim’s Driving School on a 1972 Challenger.”

“Grief, I had to learn in a Pacer. Do you know how embarrassing that is?”

“Sitting behind the wheel brings back those memories. My friends and I were always interested in muscle cars and drag racing down boulevards. In many ways these cars were purpose built for drag racing.”

“So what was the car like on initial inspection? Was it love at first sight?”

“I am the second owner. The car was built in Detroit and originally sold through Bay King Motors in Hamilton, Ontario.”

“How much work was required on it?”

“I did a fair amount of the bodywork myself and had the rest completed by Booth Auto Restoration in Fitzroy Harbour, Ontario, with updated suspension. The car is a blast to drive.”

“I’m surprised that you get a good enough view considering how high the hood is.”

“The modern Challenger’s hood is even higher.”

“Have you worked on any other cars?”

“Yes, I restored two other cars: a 1970 Dodge Dart Swinger and a 1970 Plymouth Roadrunner. I sold those, but I intend to keep this car for as long as I can. I think that if I could have another collectable model, it would be a 1969 or 1970 AMC Javelin.”

“That’s a far cry from a Challenger.”

“I like them because they are very rare, and in a way, a Chrysler because AMC was bought by Chrysler.”

“Boy, that’s quite a spin. You should be in politics.”

“I’d rather be in my car.”
Back to Post
About Clive Branson 37 Articles
Clive Branson is a photography graduate from Parsons School of Design in New York City and has since divided his career as an advertising creative director/copywriter and as a freelance writer/photographer. He is the author of Focus On Close-Up and Macro Photography and numerous articles for magazines and newspapers throughout North America and Britain. Clive lives and works in Ottawa, Ontario.