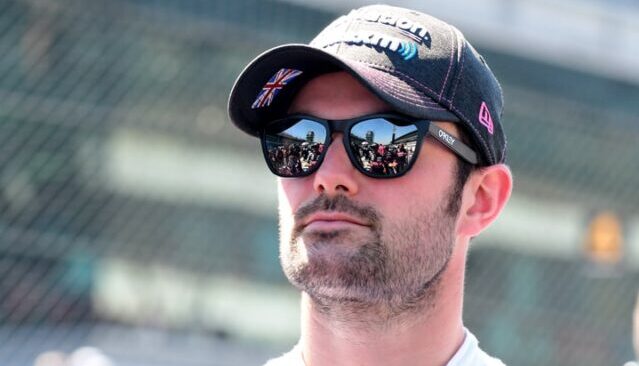 Michael Shank has wanted to be a full-time NTT IndyCar Series car owner since, at least, 2011. During the ill-fated season finale at Las Vegas Motor Speedway, Shank announced his intention to race in the series in 2012, when a new Dallara chassis was introduced. Unable to find an engine partner, Michael Shank Racing (MSR) sold its already-purchased Dallara and put its full efforts into sports car racing. 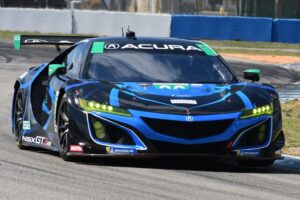 That effort paid off for Shank, who earned victory (in his tenth attempt) at the Grand-Am Sports Car-sanctioned 2012 Rolex 24 at Daytona, the 50th edition of the midwinter twice-around-the-clock competition. Regular drivers Oswaldo Negri and John Pew had the estimable talents of the late Justin Wilson and current NASCAR driver A.J. Allmendinger at their disposal; the team’s win was one of the most popular in the history of the race because of the Shank team’s singular independent nature.

Still, the dream of going INDYCAR racing never left Michael Shank and, in 2017 he put his first car on the Indianapolis 500 grid with assistance from Honda runners Andretti Autosport. Shank hired Briton Jack Harvey, a graduate of the Indy Lights series, as his driver for the race. They qualified as rookies outside the ninth row (P27) on the 33-car grid yet retired due to contact with Conor Daly, completing 65 of the 200 laps. Honda’s Takuma Sato won the 2017 Indy 500. 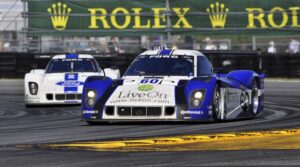 That singular experience fully wheted Shank’s appetite for more and he aligned with Honda team Schmidt Peterson Racing in 2018 and this year, running six races in 2018 and graduating to 10 during the 2019 NTT IndyCar Series’ 17-race season. At the same time, the renamed Meyer Shank Racing, adding Jim Meyer-s co-ownership, had a successful run in IMSA’s WeatherTech SportsCar Championship this past season, placing its GTD-class No. 86 Acura NSX GT3 atop the driver’s standings with Trent Hindman and Mario Farnbacher.

The 2020 INDYCAR season will bring Meyer Shank Racing back to its series roots, with the announcement of a renewed affiliation with Andretti Autosport’s Andretti Technologies.

As Schmidt Peterson Racing evolved into Arrow McLaren SP and, due to McLaren’s issues with Honda in its Formula One program, the reconstituted team elected to work with Chevrolet. Meyer Shank Racing needed to find a new Honda-based partner. And so, with added participation from AutoNation and SiriusXM, Meyer Shank Racing has, once again formed a technical partnership with Andretti Technologies to contest the full 2020 INDYCAR season with Harvey once again helming the team’s bright pink Dallara. 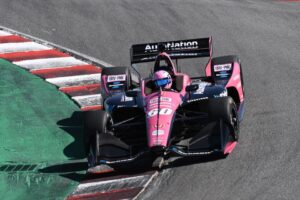 Michael Shank’s dream of putting a car on every NTT IndyCar Series grid is finally becoming a reality, thanks to his ability to enlist and keep his partnerships with Andretti, with AutoNation, SiriusXM and Jack Harvey. Together they will engage in technical and development support between Andretti Autosport and Meyer Shank Racing, working alongside the five full-season Andretti entries, which will give the smaller team even more data to take them farther up the grid.

“It’s great that we are able to officially announce our full season effort for the 2020 IndyCar season,” said Jim Meyer, Meyer Shank Racing co-owner. “This team and Mike [Shank] have worked very hard over the last two INDYCAR seasons to put us in a position where we can come back full time. It’s also exciting to have both SiriusXM and AutoNation return on-board the No. 60; both have been outstanding parties to work with.”

About Anne Proffit 913 Articles
Anne Proffit traces her love of racing - in particular drag racing - to her childhood days in Philadelphia, where Atco Dragway, Englishtown and Maple Grove Raceway were destinations just made for her. As a diversion, she was the first editor of IMSA’s Arrow newsletter, and now writes about and photographs sports cars, Indy cars, Formula 1, MotoGP, NASCAR, Formula Drift, Red Bull Global Rallycross - in addition to her first love of NHRA drag racing. A specialty is a particular admiration for the people that build and tune drag racing engines.