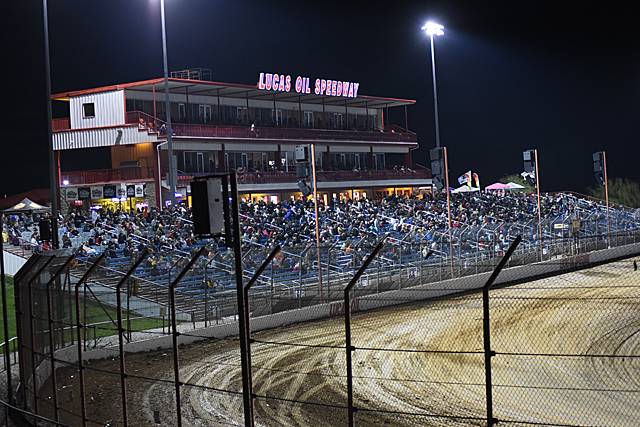 The Lucas Oil MLRA will return this weekend as competitors and officials gather at Lucas Oil Speedway in Wheatland, MO for the Third Annual Spring Nationals presented by RacingJunk.com.

The Missouri-based MLRA tour will kick off its 28th consecutive year at the Spring Nationals. It’s long track record of over 600 successful events make it the third oldest continually operating Late Model tour in the country.

Although the Spring Nationals are typically the second race weekend of the year, this year’s early race at Wheatland is kicking things off after the cancellation of last weekend’s event in Nebraska. Drivers and race teams will come from all over the region to compete for Friday’s $2,000 top prize, while Saturday’s winner will net a prize of $5,000. This race is the only chance for Super Late Models to get some laps in on the speedway before May’s 24th Annual Show Me 100.

“We’ve made the MLRA Spring Nationals an annual kickoff to our season and the big-show, two-night format has proven a popular way to get things going,” said Dan Robinson, Lucas Oil MLRA and Speedway Director. “Along with the usual excitement for a new season, it’s also the MLRA season opener and that doubles the anticipation.

“The weather forecast, while a little cool on Friday, has no mention of rain. Everything at the speedway is in place and ready to go. We can’t wait to see all our great fans as we fire up another season.”

The speedway has made a few changes recently, including several facility upgrades. Aesthetically, fans will see the front and backstretch walls have been painted bright red, and the infield grass has been filled in to make it bright and green.

Saturday’s feature, which will pay out a grand total of $5,000 to the winner, was originally scheduled to pay only $3,000. However, Pitts Homes, longtime supporter of the track, has added $1,500 to the winner’s purse as a way to celebrate their 45th Anniversary of business. In addition, $500 was added from Mary Jenkins, wife of the late Ron Jenkins, who initially built Wheatland Raceway.

Practice will take place prior to the Third Annual Spring Nationals on Thursday night from 6-9 p.m. Pit Passes are $25 and admission to the grandstands is free. For more information, visit www.LucasOilSpeedway.com.