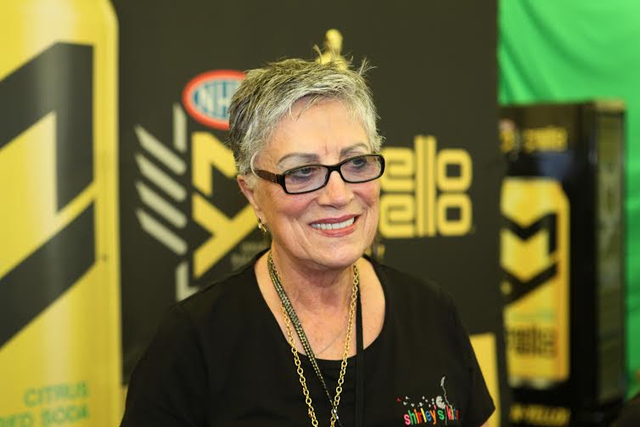 “Shirley Muldowney is the perfect ambassador for our first Western Conference Finals,” Martin said. “Everyone in our sport knows and respects the battles she endured as a woman coming into a male-dominated world and fighting for the incredible successes she had in her driving career. She literally kicked in the door for female drivers.

“The NHRA now boasts the most diverse group of competitors in any major sport, thanks in large part to the trials and tribulations Shirley Muldowney went through, and if you look at the field of young racers attending this event, you’ll see hundreds of young girls out there racing very bit as hard as the boys. We’re thrilled to have her as our Grand Marshal.”

Muldowney’s latest endeavor, a non-profit charity called Shirley’s Kids, helps children in need at several NHRA communities across the country. Leading the Jr. Drag Racing Western Conference Finals fits in perfectly with this. Muldowney, 75, won NHRA championships in 1977, 1980, and 1982 and the AHRA crown in 1981.

“It’s a match made in drag racing heaven,” Muldowney said. “We can spread the message of Shirley’s Kids at one of Jr. Drag Racing’s biggest event of the year.

“I’m very honored that Mr. Martin and Mr. Haney asked me to be the Grand Marshal and I’m excited about visiting the track and meeting as many of these young drag racers as possible. If there are 1,000 drag racers there, I want to meet them all!

“Let me tell you, this is a very big deal for Osage Casino Tulsa Raceway Park and the city of Tulsa. I hope the politicians there appreciate the economic impact this event will bring to their city for many years to come.”

The Western Conference Finals will host drivers and teams from tracks in NHRA’s Divisions 4, 5, 6, and 7, all vying for a chance at drag racing glory and a coveted Wally trophy.

“I’ve watched my share of Jr. Drag Racing, and I can tell you that these kids are amazing,” Muldowney said. “I wish I could have raced these little dragster when I was 8 years old! What a kick!”

The NHRA Summit Racing Jr. Drag Racing League, created in 1992, is for kids between the ages of 5 and 17 to experience the thrill of motorsports competition in a more controlled environment. Among the league’s most successful graduates are Top Fuel racer Shawn Langdon, 2013 Top Fuel champion and a two-time Super Comp champion, and two-time and defending Pro Stock world champion Erica Enders.