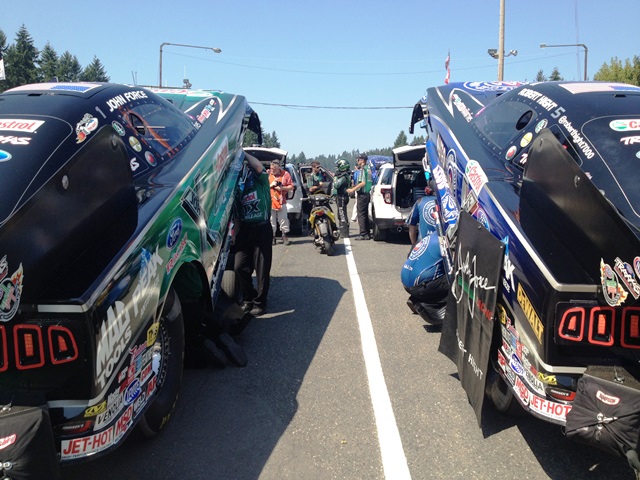 Brainerd Race Has Hight Motivated to get on Roll
Brainerd International Raceway has been the site of fourteen Funny Car wins for John Force Racing but NHRA Mello Yello points leader Robert Hight has never hoisted the Wally as the winning Funny Car driver. While HIght has collected 34 Funny car wins in his career and this season he has raced to the winner’s circle five times this event is one of three tour events he has never even reached the final round.

“John has dominated this race and we just want to get our first win in Minnesota. This track is great and the fans are even better,” said Hight.

Hight knows it is important to build momentum starting in Brainerd as all the teams head to Indianapolis for the U.S. Nationals. After Indy the NHRA Countdown starts and the regular season successes are forgotten as the final six races determine the NHRA Mello Yello champion. 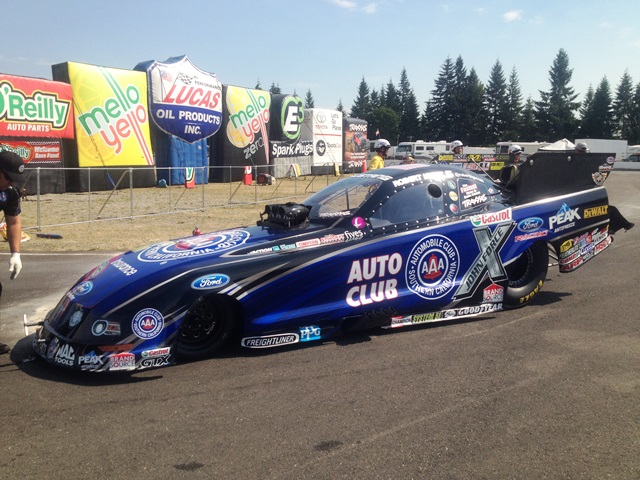 Courtney Force Looking to Jump Into Top Three in Brainerd 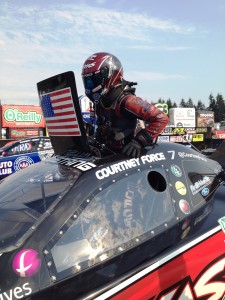 Courtney Force and her Traxxas Ford Mustang team are quickly approaching the 2014 NHRA Mello Yello Countdown to the Championship. Currently, the team is in the No. 4 spot, just nine points from moving into the third position behind her Funny Car teammates John Force and Robert Hight. With just two races left before the Countdown, Force is ready to compete at Brainerd International Raceway for the 33rd annual Lucas Oil NHRA Nationals, the 17th of 24 events in the NHRA Mello Yello Drag Racing Series

“This race can be a game changer for a lot of the competitors, including myself. Our Traxxas team is working hard to stay in the top ten to lock into the Countdown to the Championship. This is a race that can move us up or down and out goal is to stay up in the top,” said Force. 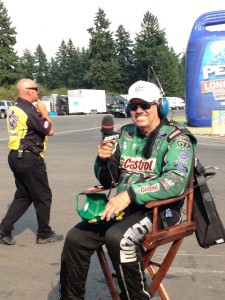 John Force is feeling pretty good and he has every reason to. The 16-time NHRA Mello Yello Champion just came off a great Western Swing in which he had two runner-up finishes and a win driving his Castrol GTX High Mileage Mustang. He also locked up his berth in the Countdown for the 30th straight season and the legendary racer will finish in the top ten. However, for John Force, is not just “finishing” a season, it’s about winning NHRA world championship title #17.

“I’m excited to be heading into Brainerd. We swept the Western Swing as a team. With Robert and Auto Club winning Denver, Courtney and Traxxas winning Sonoma and me winning Seattle with Castrol, our confidence is pretty high heading not only into Brainerd, but also the Countdown. Right now our focus will be to win Brainerd and then Indy,” said John Force.

As he heads to Brainerd International Raceway for the 33rd annual Lucas Oil NHRA Nationals, John Force will be looking for win number twelve at this drag strip. In true Force fashion, he holds the most victories for any driver in NHRA history at this track and he still wants to get career win number 142. Besides, it’s a great way to start the “playoff” season, and a strong start to the Countdown is exactly what he has planned this weekend.

Brittany Force Looking to Bounce Back at Brainerd 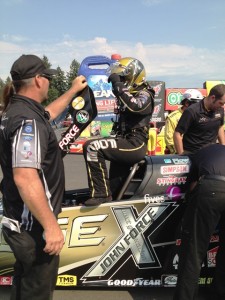 With three NHRA final round appearances this season, 27 year-old Brittany Force knows her performance at this weekend’s Lucas Oil NHRA Nationals at Brainerd International Raceway will be critical. The 2013 NHRA Auto Club Rookie of the Year knows the Countdown is coming up fast and would like to go rounds and add more points. Currently in 7th place with 856 NHRA Mello Yello Points, Brittany knows if she’s going to make a move in for a playoff berth, it needs to happen soon.

The always optimistic Brittany Force is confident she won’t get shut out as she did during last year’s Countdown. Brittany also knows it’s a totally different scenario than last year, as the sophomore driver and her crew have made some major improvements to the 10,000 horsepower Castrol EDGE Dragster.

“I’m excited to be going back to Brainerd, it’s a cool racetrack and the die-hard racing fans are pretty energetic and crazy. We’ve had a good season so far by going to three finals and despite just coming short, Todd Smith, Dean Antonelli and the rest of the guys have been working hard and have done an awesome job,” said Brittany Force.