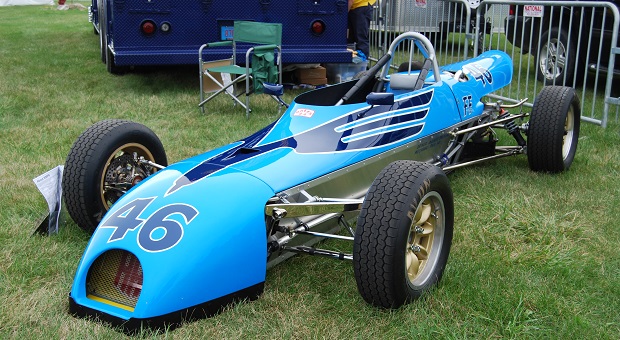 Elkhart Lake, Wis., home of the famous Road America racecourse, is located in the state’s lush, green Kettle Moraine region. In fact, the track has a section called the “Kettle Bottoms.” The nearby town of Plymouth is also the home of Kettle Moraine Performance and Restoration (KMPR).

Before KMPR was created, there was Riverside Service. In 1974, Rick Dresang founded this small gas station and service shop. In that era, Dresang’s love of sports cars and pursuit of automotive performance led him to help numerous racers, including local drivers Jeff Miller and Don Kopiske.

During the summer of 1975, a team racing at Road America during the Formula 5000 race weekend had a wheel bearing on their trailer freeze up while heading into Plymouth. 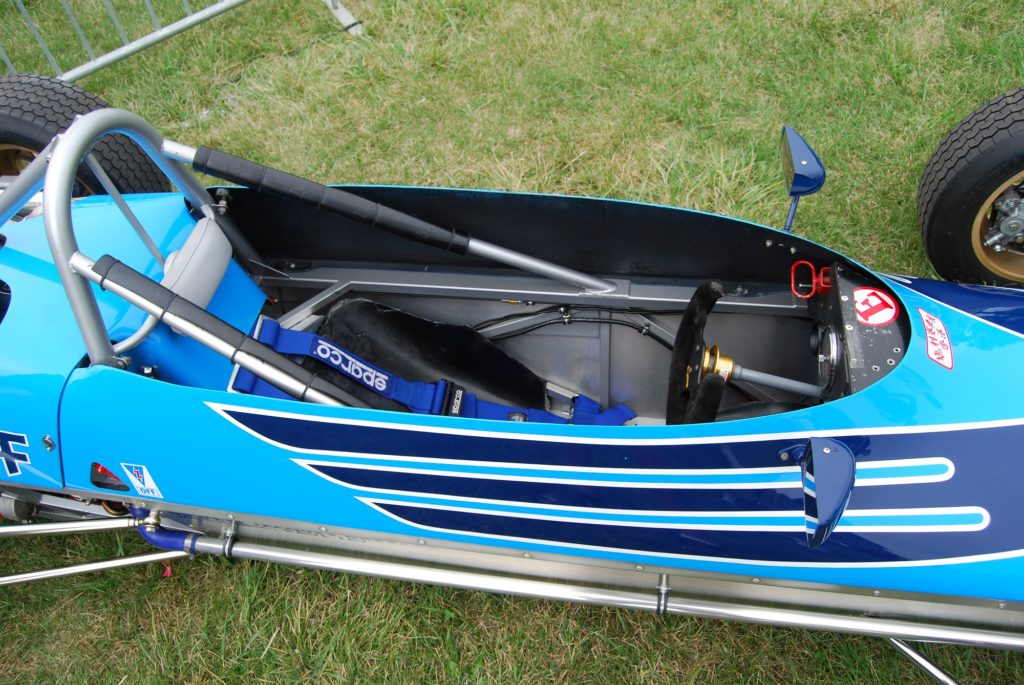 Dresang often allowed racers to use his shop free of charge on race weekends. The team heard about his shop and headed there just as a nasty storm was brewing. Dresang was packing up for the night when he noticed the racers in need of help pulling in. He tossed them the keys to the building and emptied the tip jar so he could get dinner.

When Dresang returned to the shop the next morning, the racing team had finished their repairs and left. Then, he noticed the tip jar was full of money. The racing team had stuffed $300 into the container. Later, Dresang found out that the team was Dan Gurney’s All American Racers!

Over the following years, Dresang raced snowmobiles and won numerous championships. In the late 1980s, he retired due to family and business commitments. His son Jacques carried on, starting with go kart racing and continuing into Sports Car Club of America competition. By 2008, a family run independent team was racing in Mazda MX-5 Cup Pro Series events with Steve Welk driving its McLaren Orange car to a fifth place finish at Mosport. 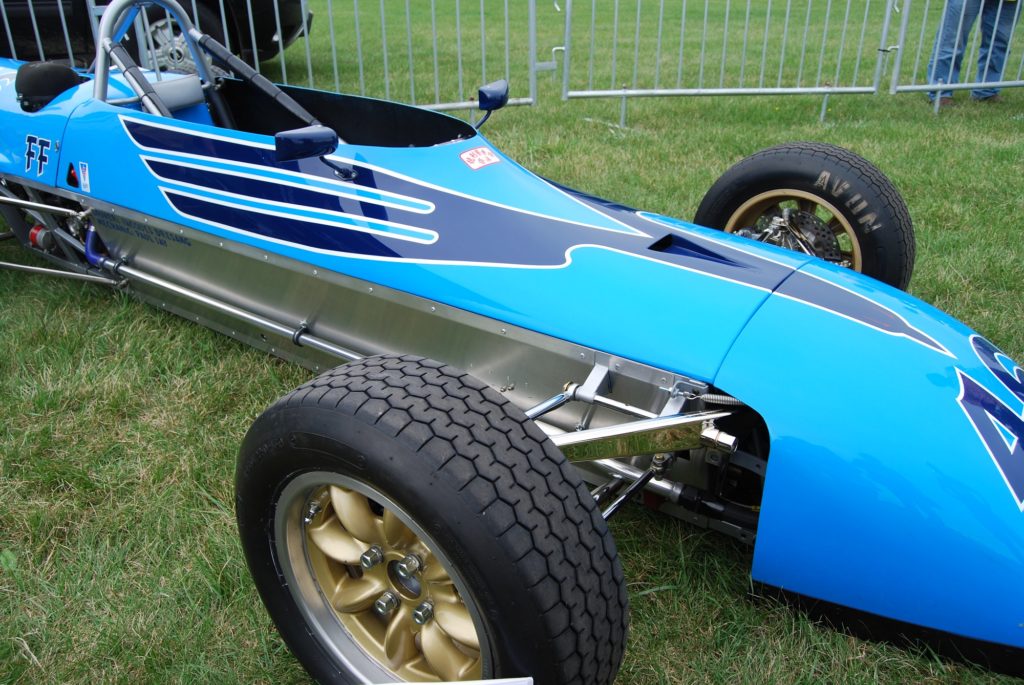 In 2009 the team—then known as UMW—found an ultra-rare 1977 All American Racers Eagle DGF Formula Ford car in California. After a year-long restoration, it took to the track at the SCCA’s Kettle Moraine Regionals and won one of the two sprint races. Later, at the season-ending Fall Sprints Regional event at Blackhawk Farms, the team captured the pole and won all three heat races and the feature event in a car that many thought was past its prime.

Since 2011, KMPR has focused primarily on open-wheel racing cars and their restoration. Most have been All American Racers Eagles, which are now the specialty of the house. In 2013, UMW and Mayer Racing joined forces. As a result, their 1968 LeGrand Mk7 (a car that Bob Meyer rescued years earlier) won recognition at the 2013 HAWK Concours d’Elegance in Elkhart Lake.

In 2014, Kettle Moraine Preservation and Restoration was formed to maximize focus on car research, restoration and preservation. The plan was to emphasize the company’s approach to vintage racing as a sport requiring integrity. KMPR is a team dedicated to the history of motor sports, ranging from the cars themselves to the trophies they may have won back in the day. The team deals in both preservation and accurate and authentic restoration work. 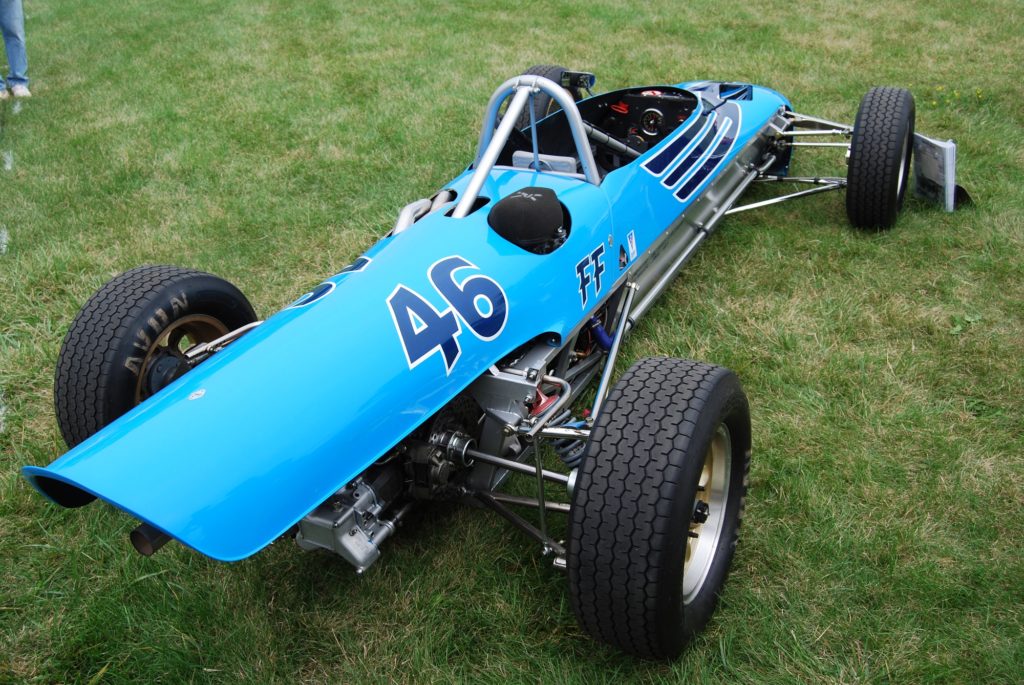