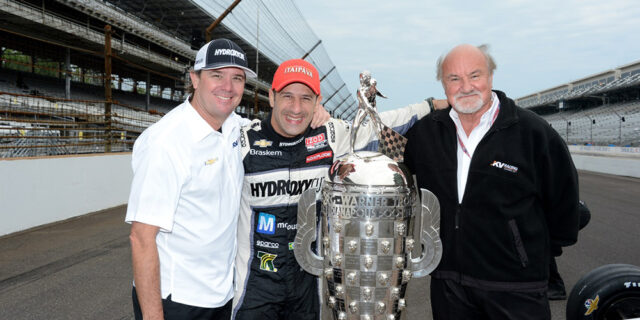 Kevin Kalkhoven, the former co-owner of the Champ Car World Series, as well as multiple teams in Champ Car and the Indy Racing League (now INDYCAR), has died at age 77 after a short illness.

It seemed like Kevin Kalkhoven burst on the CART/Champ Car scene without notice, but when he appeared, the Adelaide, Australia-born entrepreneur used his wiles earned as the president, CEO and chairman of Uniphase Corp. to shake up the scenery in open-wheel. He became co-owner of the Champ Car World Series (CCWS), together with Gerald Forsythe and Paul Gentilozzi in 2003, helped reunify the sport and was one of the owners of the 2013 Indianapolis 500-winning Chevrolet-powered Dallara driven by the popular Brazilian, Tony Kanaan.

Following his successful career as a business executive in the fiber-optic telecommunications arena, and as a venture capitalist, Kalkhoven allowed his racing passion to dictate his forward path. In addition to owning CCWS, he and his partners purchased engine constructor Cosworth and Pi Electronics from Ford Motor Co., and secured the rights to two of the series’ most successful and famous races in Toronto, Ontario, Canada and at Long Beach, California. 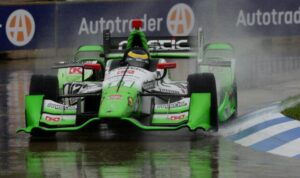 He became a team owner in a partnership with Jacques Villeneuve’s former business manager, Craig Pollock, but without a superb driver, Pollock soon lost interest. That changed when the “P” in PK Racing became Dan Pettit, who was the “P” in KPLJ Ventures, and then CART’s 1996 champion Jimmy Vasser joined the team, which became PKV Racing. In 2005 Cristiano da Matta, the 2002 CART champ joined PKV and secured the team’s first win at Portland.

Kalkhoven will, perhaps, be best remembered for helping to broker peace between the Indy Racing League and Champ Car, which resulted in a single series after the final Champ Car race in April of 2008, held in Long Beach one day after an Indy Racing League contest at Twin Ring Motegi. That final Champ Car race was won by Australian Will Power for PKV Racing, while the Japanese contest was secured by Danica Patrick, her sole victory.

Kalkhoven’s team faced issues in the conjoined Indy Racing League series and it wasn’t consistently scoring podiums or even regular top-five results until Kanaan joined the squad in 2011. Kanaan’s win at the Indy 500 in 2013, along with regular top-tier results by four-time Champ Car titleholder Sebastien Bourdais, who would achieve an additional four wins for the renamed KVSH Racing, once James “Sulli” Sullivan came onboard. The team dissolved after the 2016 INDYCAR season, with seven victories between 2003 and 2016.

Kalkhoven never lost his interests in the sport and continued his involvement with both the Grand Prix of Long Beach and with Cosworth, which he moved from Torrance, California to a North American base in Michigan; Cosworth Electronics is now based in Indianapolis. The current Cosworth CEO and chairman Hal Reisiger stated, as he learned of Kalkhoven’s demise, “We were incredibly saddened to learn that Kevin passed away following his recent period of illness. He was a leading force behind Cosworth’s evolution into a transportation technology business. We honor his contribution, which will undoubtedly have a long-lasting beneficial legacy.”

In addition to his motorsports activities, Kalkhoven was known for his philanthropic endeavors, serving on the board of directors of the Association of Hole in the Wall Camps (started by Paul Newman). He was also an avid pilot, with a commercial pilot’s license and experience in international jets.

Upon learning of his demise, Roger Penske, owner of INDYCAR, the Indianapolis Motor Speedway and Team Penske, among his many holdings said, “Motorsports has lost one of its true leaders. Kevin Kalkhoven had a great passion for open-wheel racing, and his vision and support helped guide the sport through some turbulent times. As a leader or the Champ Car World Series, Cosworth Engineering and the KV Racing Technology team, Kevin had an incredible impact on INDYCAR. Our thoughts,” Penske said, “are with the Kalkhoven family and Kevin’s many friends and colleagues that are coping with his loss.”

“The entire Grand Prix Association of Long Beach family is saddened to her of the passing of our co-owner Kevin Kalkhoven,” said Jim Michaelian, president and CEO of the Grand Prix Association. “He has provided strong support and visionary leadership over the past 16 years and his contributions to our company as well as to the racing community will be sorely missed. Our condolences go out to his wife Kimm and all of the Kalkhoven family in these difficult times.”

Jimmy Vasser, who knew him so well said of Kalkhoven, “Kevin Kalkhoven lived life to the absolute fullest. He showed how life was to be lived. He was a great partner and dear friend. I will always miss his mischievous smile and uproarious laughter. Rest in Peace Dear Friend.”

About Anne Proffit 980 Articles
Anne Proffit traces her love of racing - in particular drag racing - to her childhood days in Philadelphia, where Atco Dragway, Englishtown and Maple Grove Raceway were destinations just made for her. As a diversion, she was the first editor of IMSA’s Arrow newsletter, and now writes about and photographs sports cars, Indy cars, Formula 1, MotoGP, NASCAR, Formula Drift, Red Bull Global Rallycross - in addition to her first love of NHRA drag racing. A specialty is a particular admiration for the people that build and tune drag racing engines.