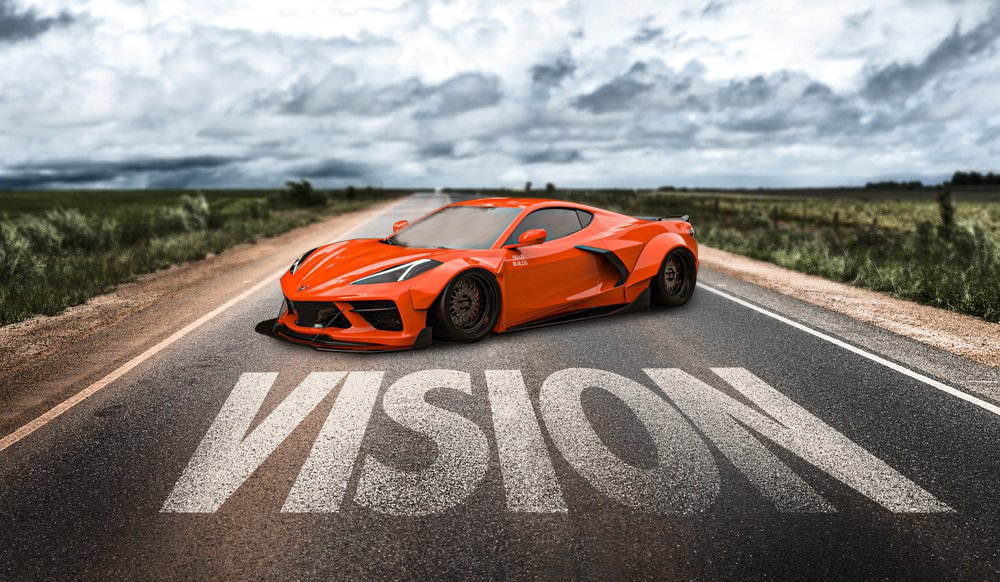 Auto Communities editor Thomas Mabson reflects on the future of the Automobile as the industry prepares for a virtual SEMA experience? Is this a harbinger of what’s to come?

The SEMA Show has become a yearly platform for the automotive industry’s most creative, innovative, and wild to show off. However, SEMA isn’t just about crazy displays and go fast modifications. It’s about the people. The folks who spend late nights finishing their builds. The coming together of minds under the guise of networking. And the respect that’s garnered when you unexpectedly learn something new at a seminar. This year, with EVs coming to market in greater numbers (and with even more on the horizon), we look at the future. What could our streets, highways, and race tracks look like in 15-20 years? Will it be man or a litany of sensors and programming piloting our vehicles?

GM’s exhibit way back in 1939 showed off the first-ever autonomous car, which was an electric vehicle guided by electromagnetic fields generated from metal spikes embedded in the road. That was primitive for sure but the notion was there even then. However, it wasn’t until a German scientist, Ernst Dickmanns, credited as the inventor of self-driving cars, did our computer driving dreams really begin to form.

A lot of people will be perfectly fine letting their vehicles drive for them. And you know what? I don’t blame them at all for it. Driving is awesome but it can kind of suck too. Can you imagine how rad it would be to enjoy a tv show on the center console screen while something else does the monotonous duties of stop and go during a rush hour crunch? The college student that can squeeze in a bit more cramming the morning of the big exam. The parent  safely and covertly ordering gifts for their kid without having to worry about prying little eyes at home. All of these things done safely with a Level 5 autonomy program requiring zero input from a driver.

With autonomy improving day after day, will there be a time when large swaths of people can’t manually drive? For them, buying a car may just be the luxury purchase of a privately chauffeured car. They just get in, tell it where to go, and then have it wait for them until they’re ready to return. We all know individuals who would rather scroll through Instagram or fire off a spicy hot take on twitter about whatever the current trending topic is than deal with the outside world. Of course, there’s public transportation but navigating those mundane routes day in and day out will be an autonomous driver too.

That being said, there will be another group of people who will never let their car drive for them. For them the act of motoring is sacred and only to be practiced between a driver, a wheel, and the pedals. Notice that I left out transmission choice because I have no idea what will happen to those in the future. Tesla doesn’t use a transmission but Porsche has figured out “gears” for their Taycan so go figure.

At some point highways will become high-speed grids of autonomous crossovers, sedans, coupes and pickups all speaking to one another in a fast paced hive mind. Down on the streets there will be a mix of self driving and autonomy all living in some sort of strange “beep beep get out of the way you giant toaster” coexistence.

EVs will also have the convenience factor of charging up at home, a parking garage, restaurant or even a hotel. Skies will be clearer since air pollution and greenhouse gas emissions will be greatly reduced. With a cleaner environment and brighter skies, I think we’re going to experience another renaissance in motoring. Cheaper to run and cheaper to maintain, EVs do have the present conundrum of what to do when batteries need replacing.

Now here is where things get interesting, I do believe that petrol vehicles will go on. These cherished possessions will be out on autocross tracks, driven on Sundays for others to ogle, and modified with bolt on hybrid systems to keep up with EVs. In the spirit of SEMA there will be all sorts of modifications for petrol and electric vehicles alike. Giving both types of owners an avenue to transform a utilitarian creation into a personalized extension of themselves. Want to turn your 7th Gen Camaro into a McLaren P1-ish hybrid setup? Go for it. Fancy taking your basic RWD Tesla Model 3 and not only adding another drive motor but also converting to AWD? You can do that. Or maybe you want to add some Tron style interior touches with pulsing LEDs. That is an easy fix. What I’m getting at is that no matter what type of motor is under the hood, or batteries and motor on board, SEMA will be here exhibiting and catering to enthusiasts around the world.