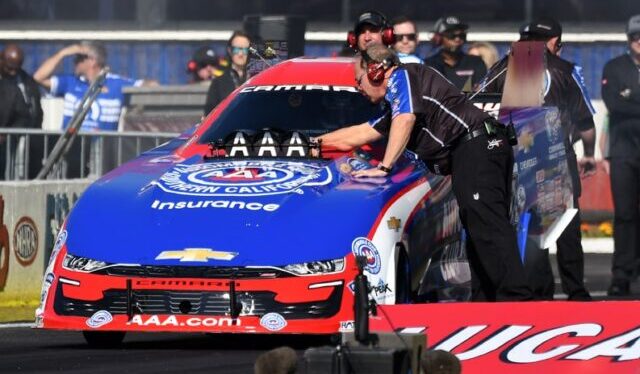 John Force Racing is returning to action at the 52nd annual Amalie Motor Oil Gatornationals next month. After sitting out NHRA’s Return to Racing and its final nine contests of the protracted 2020 season, the 21-time championship-winning nitro-powered mega-team is ready to race again, with a three car entry for John Force, Robert Hight and Brittany Force.

When the Brownsburg, IN-based team travels to Florida, they’ll take part in NHRA’s PRO Winter Warm-Up, March 5-7 at Palm Beach International Raceway, as teams prepare for their first full Camping World Drag Racing Series season, after the outdoors conglomerate became series sponsor midway through last year’s competition. JFR’s re-entry marks its debut with Camping World as the then-four-car team declined to race after the COVID-19 pandemic hit in March of last year. The PRO Warm-Up will serve to “get out the rust” for these three drivers and their teams. 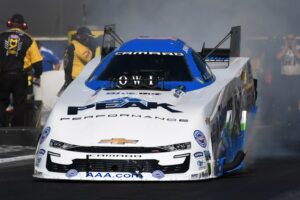 John Force, his team’s namesake and a 16-time title holder in NHRA’s Funny Car division, will bring his PEAK/BlueDEF Chevrolet Camaro SS flopper to the water box with Danny Hood, Force’s son-in-law as lead crew chief, assisted by Tim Fabrisi, the long-time car chief who is moving up as assistant to Hood. This duo was key to Force’s stellar 150th and 151st wins in 2019.

“Thank you to all our sponsors and fans for sticking by us,” Force stated. “I really realized how much I love this sport and I appreciate the chance to get back into my PEAK/BlueDEF Chevrolet. We’re excited to be back racing and to have all our sponsors with us. I’m looking forward to working with Camping World and can’t wait to see where the sport goes with them on-board.”

Robert Hight, who serves as president of John Force Racing, continues to drive the Auto Club of Southern California Chevy Camaro SS flopper this year, with crew chiefs Jimmy Prock and Chris Cunningham turning the knobs. The three-time Funny Car champion said, “I’m really looking forward to getting back to going rounds and winning races. I know Jimmy and Chris and all our guys are excited and ready to get going. I’m happy to be continuing John Force Racing’s over 20-year partnership with AAA and ultimately going after another championship.”

This year JFR will have a single Top Fuel entry for Force’s daughter Brittany, who won the 2017 championship in class. Crew chiefs David Grubnic and Mac Savage will tune the doubly-sponsored rail, with backing from Monster Energy and Flav-R Pac, who will split the season on the national record-holding dragster. 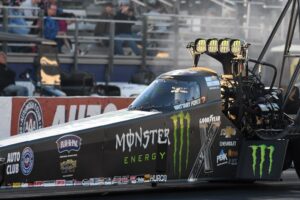 “I can’t wait to get back to the racetrack with my team,” Brittany Force declared. “We’ll be chasing down our first win of the season right out of the gate. This year I’m really looking forward to racing in Seattle with Frank Tiegs and Flav-R-Pac as the title sponsor,” she said.

While one of his sponsors returns to the team, it’s not known yet the participation of former Auto Club  Road to the Future rookie of the year winner Austin Prock.