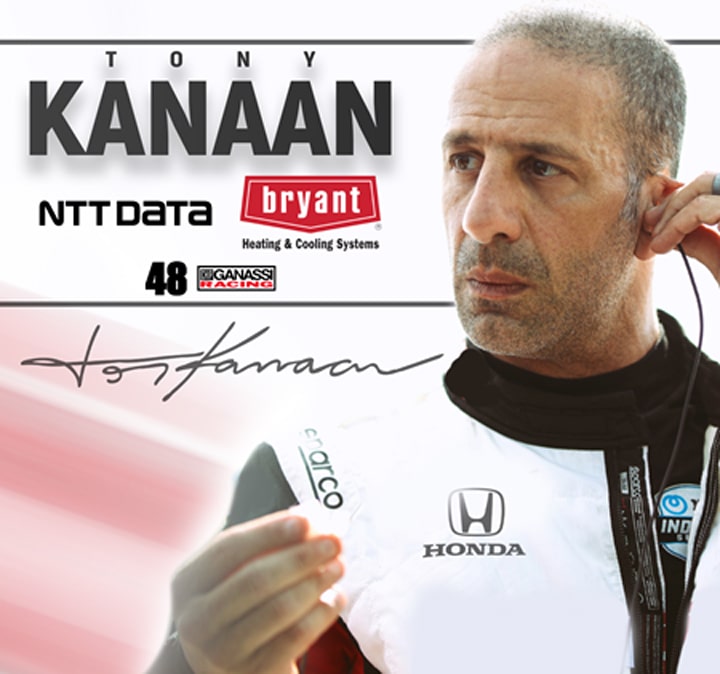 When seven-time NASCAR Cup champion Jimmie Johnson announced his 2021 plans to race all 13 street and road circuits for Chip Ganassi Racing’s (CGR) NTT IndyCar Series championship team, one that’s celebrating a 30th anniversary in 2020, the big question was “who would race on the four oval circuits that INDYCAR intends to include on its 2021 schedule?”

The answer is a popular one, both inside the Ganassi team and in the world of INDYCAR fandom. Tony Kanaan, who ostensibly ran his “final” season with A.J. Foyt Racing in 2020, will handle left-turn duties in the No. 48 Honda next year. This marks the Brazilian’s second stint at CGR after racing full-time for the team from 2014 through 2017. He’ll work alongside Johnson, six-time INDYCAR champ Scott Dixon, Marcus Ericsson and CGR newcomer Alex Palou.

The 2013 Indianapolis 500 winner will have the bulk of his work completed by the time May ends as he’ll race twice at Texas Motor Speedway to start the month of May and then sojourn at Indianapolis Motor Speedway for the 105th Indianapolis 500, scheduled for May 30th. Kanaan then gets a long break until competing at Worldwide Technology Raceway outside St. Louis on August 21st.

The 2004 INDYCAR champion – who completed every single lap of competition in his title year – has commercial support from longtime CGR and Kanaan partner NTT DATA, along with Bryant Heating & Cooling, a company that has supported both Kanaan and Chip Ganassi Racing. Both of these sponsors will have primary paint shoes as well as associate-level relationships on the No. 48 Honda and other CGR entries to be announced.

Ganassi has a way of putting the right people together and both Kanaan and Johnson share of love of racing in triathlons. “We’ve been sharing workouts for a long time,” Kanaan said, and both have sponsorship with bicycle manufacturer Trek for their triathlon adventures. “When Jimmie announced that he was going to race in INDYCAR, he was here in Indianapolis. He came here to work out at PitFit and we went cycling together. I think,” Kanaan mused, “we’re going to be even fitter than we’ve ever been… we’ve been pushing each other already.

“I feel extremely lucky,” he continued. “I’m going to go back to a team with my best friend, Dario Franchitti (who serves as a driver coach, similar to the activities performed at Team Penske by Rick Mears), my other best friend Scott Dixon and now Jimmie. I feel blessed,” Kanaan said about the [now] two-year agreement.

Had it not been for the pandemic, Kanaan believes he wouldn’t have returned to the NTT IndyCar Series. He had some talks about doing the 500 but nothing of clarity came his way. 2020 was intended to be Kanaan’s final year in the series but he saw little action due to COVID-19. He was intending to leave the sport, “But not like this. It wasn’t fair for the fans… “

Incredibly, despite on-and-off talk about Kanaan’s future, the opportunity to work alongside Johnson was consummated in under a week. There had been casual discussions between Johnson and Kanaan but the thrust of the agreement occurred within the past seven days. “We got it done in amazingly record time, for how complicated the deal was.”

Fortunately, Kanaan’s plans don’t create issues for his other obligations in the sport. He did sign up to race in Tony Stewart’s six-event SRX series, which occurs during the summer months when INDYCAR races on the street and road courses to which Johnson has been assigned. He’s also looking at racing some IMSA endurance races and there’s also the possibility of competing in Brazilian stock cars. “I think, now that I have more time, probably I’ll be busier than I’ve ever been!”