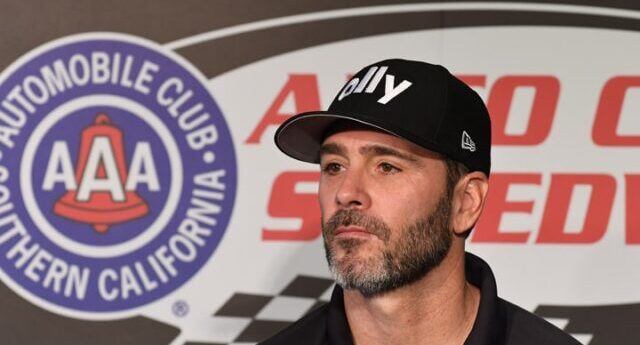 Jimmie Johnson’s final year as a full-time driver in NASCAR’s Cup Series isn’t going the way he’d hoped. He didn’t make the playoffs and won’t be able to contend for an eighth championship in the series’ top class.

But the 44-year-old El Cajon, California native has other plans for his future that look quite promising. He has announced a partnership with Chip Ganassi Racing, with whom he tested an NTT IndyCar Series car earlier this summer. Johnson will partner with the team to officially explore the possibility of racing a full road and street course program in 2021 and 2022, both the team and Johnson said

The 83-race winner said, “When I tested Chip’s Indy car earlier in the year, it only lit the fire more. I found that I wanted to do it more than ever before.” Having five-time champion and 50-race winner Scott Dixon on-hand during his Indianapolis Motor Speedway road-course test was exceptionally helpful: “Scott was just incredible to work with and in a short time I found out very quickly why Chip and his teams have won 12 INDYCAR championships.

“As part of a natural progression,” Johnson continued, “I wanted to publicly show the alignment with Chip Ganassi Racing to kick the sponsorship program into high gear. The goal is to run the full road and street program and today is a very important first step in accomplishing that goal.”

During his exceptional NASCAR Cup Series career, Johnson has worked with a single team, Hendrick Motorsports, and has had only two commercial primary partnerships: his longtime sponsorship agreement with Lowe’s and, for the past two years with Ally. He’s hoping to find a similar arrangement for the 12-15 road/street course contests expected to be on the 2021 and 2022 INDYCAR schedules.

Johnson told Associated Press that he had some options for primary rights for 12 races, but that it’s more likely he’ll have blocs for three or four events, with partners taking on races that “are most important fo them,” Johnson said. “But our goal is definitely to sell the primary spot to one and have that consistent look” Johnson has sported throughout his career.

Ganassi, who has always arranged his driver lineups on the theory of “I like winners” is quick to welcome Johnson to his squad. “It is always difficult to find great drivers, but for them to be great guys too, makes it even that much more challenging. To pair Jimmie with the likes of Scott Dixon is quite an opportunity,” Ganassi said. “The goal right now is for us to run Jimmie in an Indy car for at least the next couple of seasons, and we want to show people we’re serious about the program. We felt it was important to get the partnership done and start putting the financial building blocks in place to make this a reality.”