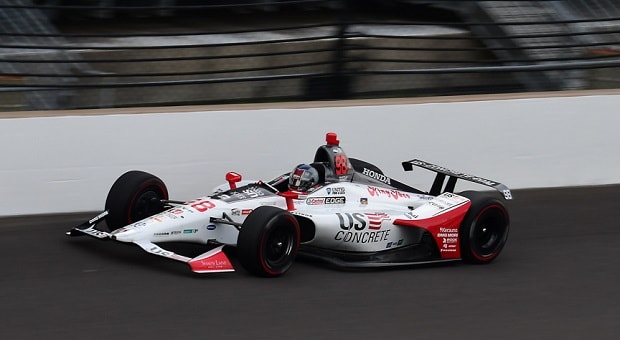 We’ve all been waiting for a sign. Ever since he graduated from a successful Indy Lights career and came to the Verizon IndyCar Series in 2006, Marco Andretti has been an enigma. With two victories during that time and 20 podiums, finishing 12th last year in the overall standings, Andretti hasn’t fulfilled the promise that so many, including father Michael and grandfather Mario, have seen in him.

Occasionally quick – but seemingly always at the wrong times (succeeding at practice rather than in qualifying or a race) – Marco Andretti’s finest moment was his second-place finish in the Indianapolis 500 during his rookie year. He got snookered at the flags by then two-time series champion Sam Hornish Jr. It seems he never really recovered from that loss, one that many attributed to the supposed “Andretti curse.”

Last year, Andretti Autosport team owner Michael Andretti moved master strategist (and the team owner’s former teammate) Bryan Herta from 2016 Indianapolis 500 winner Alexander Rossi to his son’s squad. The intent was to put Herta, whose capabilities as a strategist are exemplary and whose sense of humor is sharply honed, into Andretti hornet’s nest and see if he could help. The outcome included some better results, but still erraticism from the driver.

This year, Michael Andretti decided to change his son’s car number from No. 26 to No. 98, giving Marco the car number that brought Indy 500 success to Rossi in his rookie year – and to the late Dan Wheldon when that driver was racing for Bryan Herta Autosport and secured his second and final Indy 500 win. 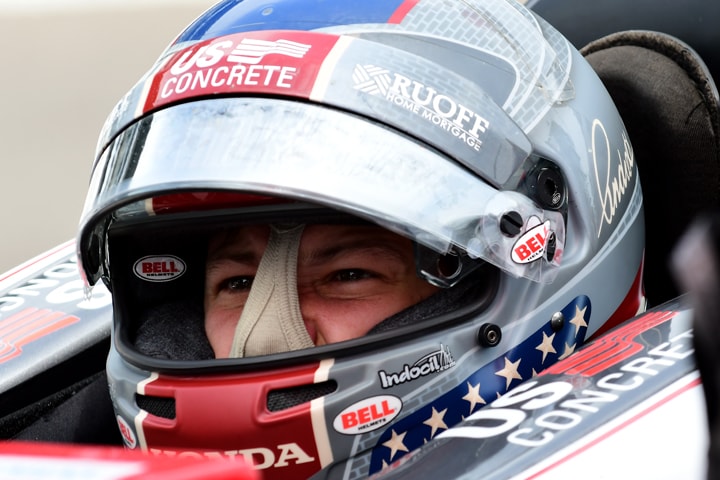 Has there been a sign of improvement with the second year Andretti/Herta hookup and the change in car numbers? Well, thus far in the five-race season, Andretti has secured three top-10 results with a best of sixth in Long Beach. His best qualifying result came at Barber Motorsports the week after the Long Beach race, when he missed securing a space in INDYCAR’s Firestone Fast Six shootout by one spot, starting seventh.

Now ensconced at Indianapolis Motor Speedway for the 102nd Indy 500, his 13th try at the Greatest Spectacle in Racing, Andretti has, again, been quick in the early going. Andretti’s was the quickest Honda, fourth at the start of practice on Tuesday, May 15. He followed that by setting the best (tow-aided) overall speed and time in the second practice session. He was among the leaders when practice began on Thursday, the last day with race-day boost levels (they’re raised for qualifying to artificially increase speeds).

Andretti was pleased with his progress following Wednesday’s practice session, when he stated the No. 98 team “got through a ton of stuff today. It was pretty productive – we got the car to almost ‘there’ in traffic. We think we have a direction, which is positive. We just, later in the week need to confirm that, hopefully.”

Trimming the car for qualifying usually occurs on Fast Friday before Saturday/Sunday qualifications, but the weather forecast for Friday is dismal – just as it is for the weekend ahead. That makes these current practice sessions more applicable to prepping for the 200-lap, 500-mile race set for May 27th. To that extent, third-generation racer Andretti is taking his quick times and speeds with a grain of salt.

“It’s still early days. We don’t know how the race is going to play out yet,” Marco Andretti said. “The car feels good – it’s just circumstances have to work out, really. I mean,” he acknowledged, “this place picks the winners. I’ve had the best cars ever here and not been victorious for some reason. This team has been extremely dominant the last couple of years,” winning three of the past four Indy 500 races. “We just need to have a good enough car and good enough shot – and have circumstances work out. But yeah, I still feel good about things.”