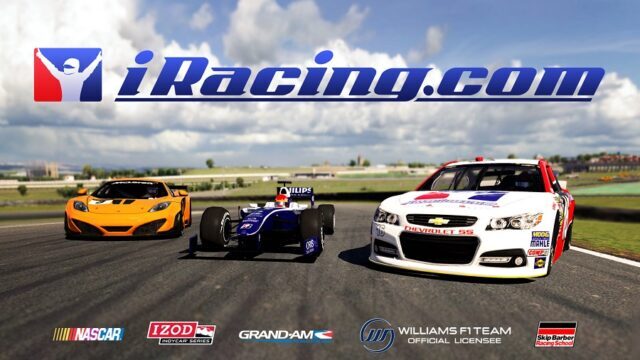 While the world of live racing is what made this sport the powerhouse that it is today, there is another side of this sport that has been on the rise over the last several years. Founded in 2004, by former Skip Barber Racing Champion Dave Kaemmer and co-owner of Roush Fenway Racing John Henry, iRacing Sim Racing is the world’s most popular form of virtual racing that offers both drivers and fans alike the chance to race head-to-head on tracks and in racing challenges that are usually reserved for professionals.

Since this digital racing business’s launch, series like NASCAR, IZOD INDYCAR, IMSA SportsCar Series and even the World of Outlaws Dirt Racing Series have used this form of virtual racing to train its drivers and since the start of the COVID-19 pandemic have even used it to go racing.

Like many other sports, when the world seemed to come to a screeching halt the live sport of racing did the same. That is until a new solution came to light – iRacing. Beginning with the birth of NASCAR’s eNASCAR iRacing Pro Invitational Series where the stars of NASCAR slid behind the wheel of their very own realistic cockpit simulator to race against the competition in a highly realistic video game. To most drivers this was nothing short of simulation/practice at some of NASCAR’s most popular tracks, but this sports sponsors and television partners were quick to jump on board. In fact, NBC and Fox didn’t wait long to replace the canceled races with sim races and quickly saw a surge in both their fan base as well as a new online source of revenue.

“It was a pretty quick turnaround,” said NASCAR Managing Director of Gaming Scott Warfield. “We thought it was important and the right thing to do to offer something like this to give fans a sense of normalcy during this time.”

As the pandemic continued, other racing series were quick to jump on the iRacing bandwagon. Along with IZOD INDYCAR iRacing Challenge, the powers that be at the most popular racing series in the world also jumped on board with Formula E iRacing virtual series.

While iRacing continues to grow in popularity there is only one issue, some less experienced virtual drivers are also finding themselves in a bit of hot water. One such instance is Daniel Abt, a regular driver on the Formula E circuit, who was suspended by his Audi team after he was caught using a professional egamer—in his place for a Formula E “Race at Home Challenge” virtual event last year and if this continues we could see more instances of this.

Although drivers are beginning to get back to the track, the popularity of iRacing has continued to skyrocket. In fact, NASCAR has even started its own youth esports racing series for participants as young as 13-years-old all over the world, while other teams like Roush Performance are giving fans the chance to prove what they got in their very own iRacing competitions. Stay tuned to RacingJunk.com as you just might hear more about our very own virtual racing event – coming soon.

About Ellen Richardson 437 Articles
Ellen Richardson is the author of Behind The Wheel for RacingJunk.com. This automotive sports junkie has a passion for telling an athlete's story while also covering various racing activities. Find out more about her at ellennrichardson.wordpress.com or follow Ellen on Twitter at @ellennrich or Instagram at elnrich33.

1 Comment on iRacing Continues to Expand, and Dominate, the Racing Landscape