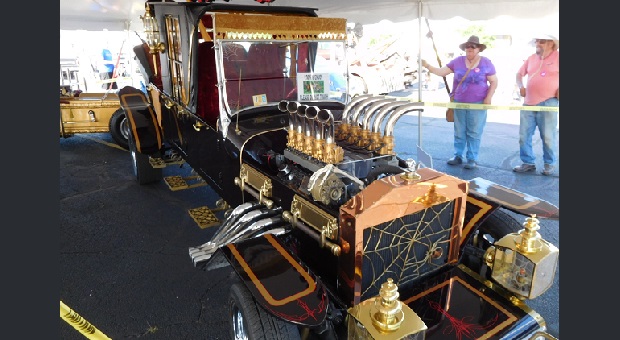 Who would have thought Eddie Munster was a car nut? Butch Patrick – who played the pre-teen werewolf on the 1960s TV show “The Munsters” – said he is not an avid car collector, but he does belong to the Deadman’s Curve Car Club of New Jersey and has driven muscle cars all his life. 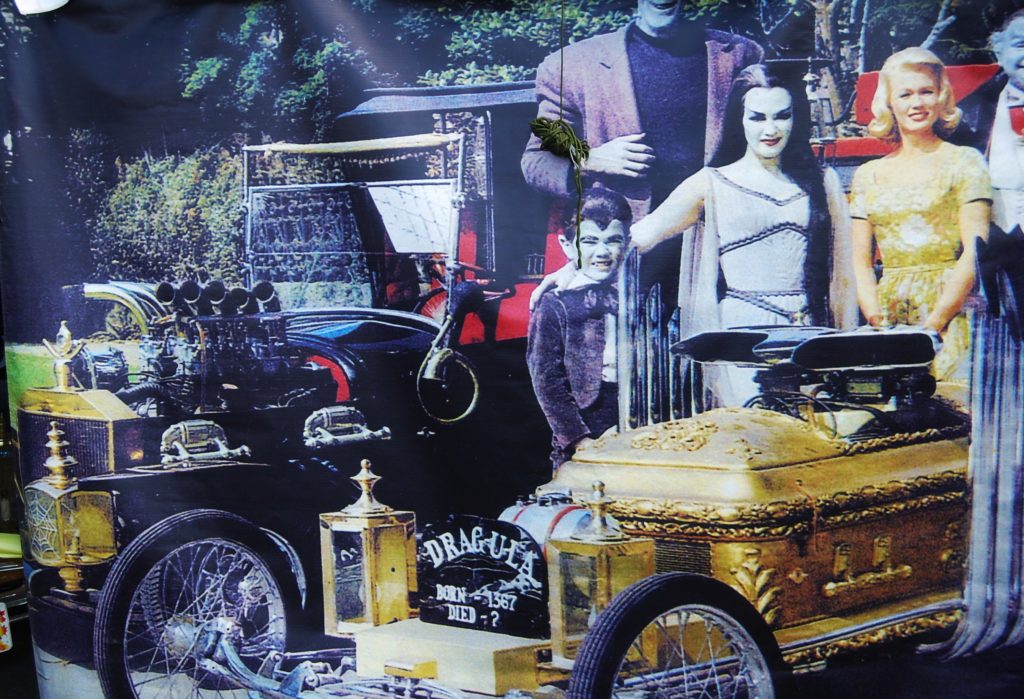 Patrick also recalls riding around the set for the TV Show in the Munster Koach, a customized car George Barris created for program. Today, the former TV star owns replica versions of the Munster Koach, the coffin-shaped “Dragula” dragster and the Eddie Munster Stingray bicycle. He brought all three vehicles to the Iola Old Car Show (www.iolaoldcarshow.com), where he met with fans and signed Munsters photos and memorabilia. 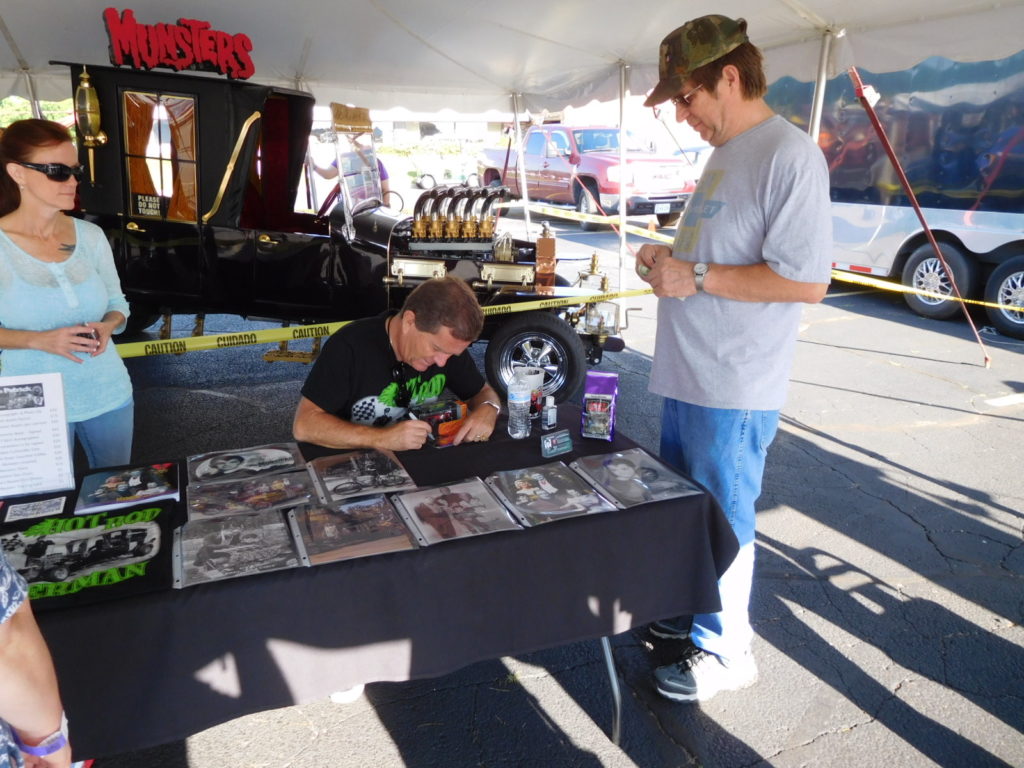 The Munsters premiered in 1964, but was off the air within two years. Ratings wise, The Munsters out-pulled three or four other shows, but lost its time slot to the “Batman” TV series because the latter was filmed in color — something new at the time. Still, The Munsters lasted for 70 episodes, since the TV year was longer in those days. 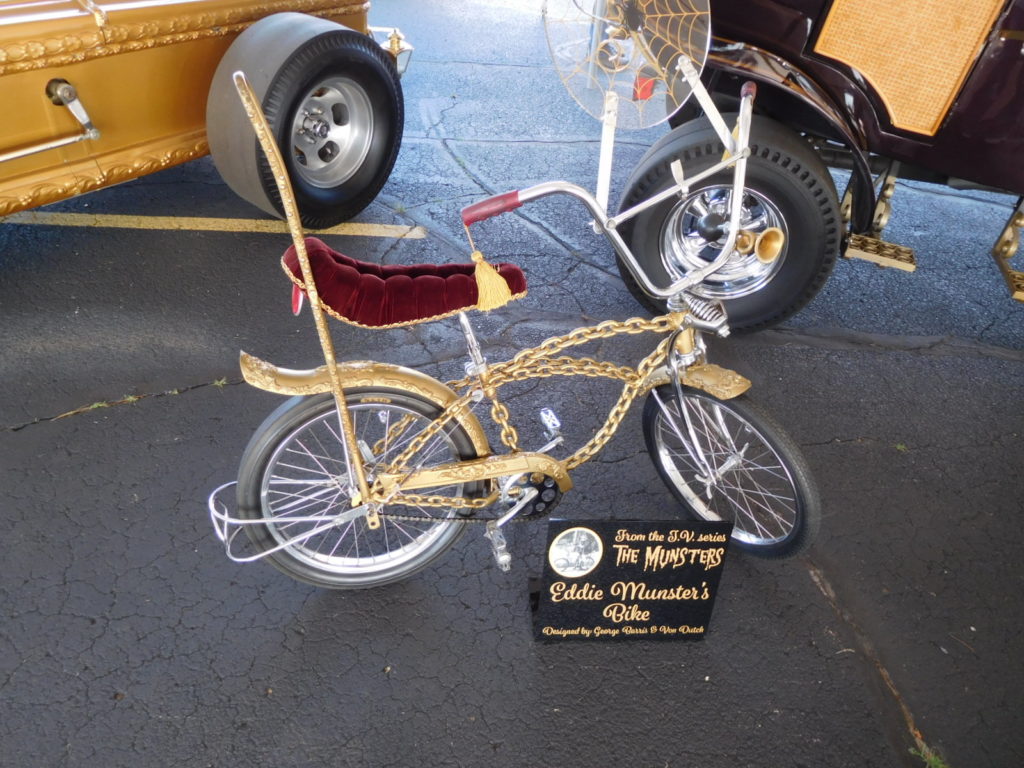 Patrick said he doesn’t drive the dragster-like Dragula very often because it has no suspension system. He uses the car mainly to recreate a popular episode of the show called “Hot Rod Herman” at nostalgia drag racing events. 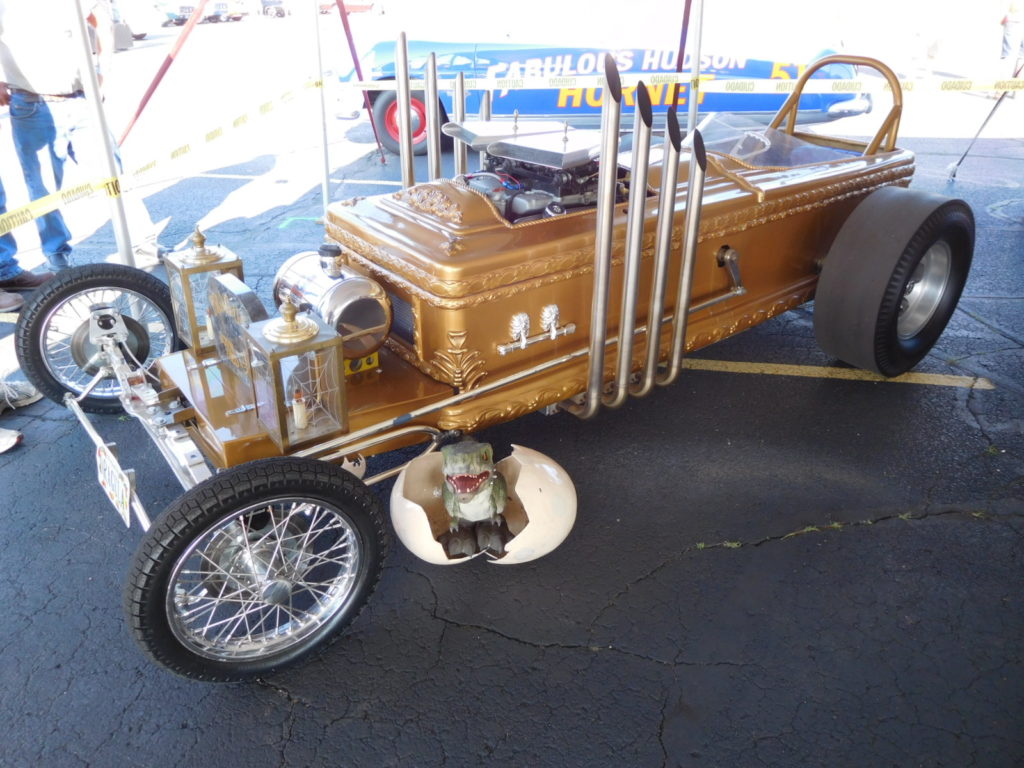 Patrick, 63, came to the Iola Car Show with his wife Leila. They have been married for about a year and live in Missouri. They travel to car shows and comic book collecting shows all over the country together. Their decision to come to Iola was a last minute change, but they found lots of fans among the 125,000 showgoers and plan to return in 2018. 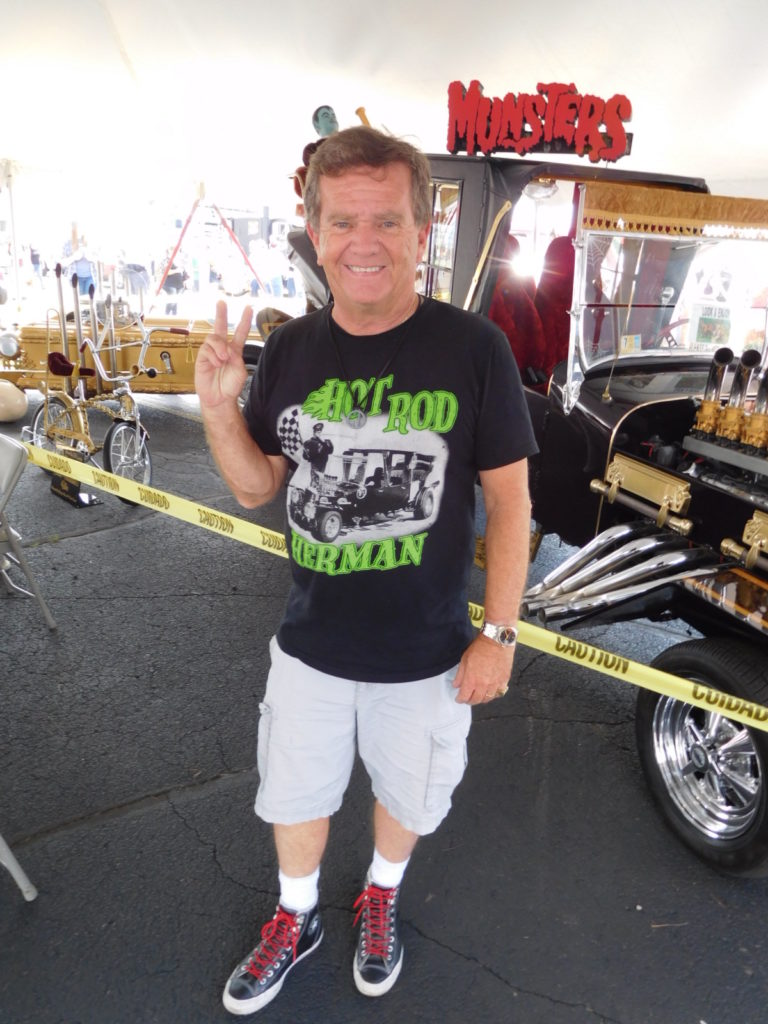 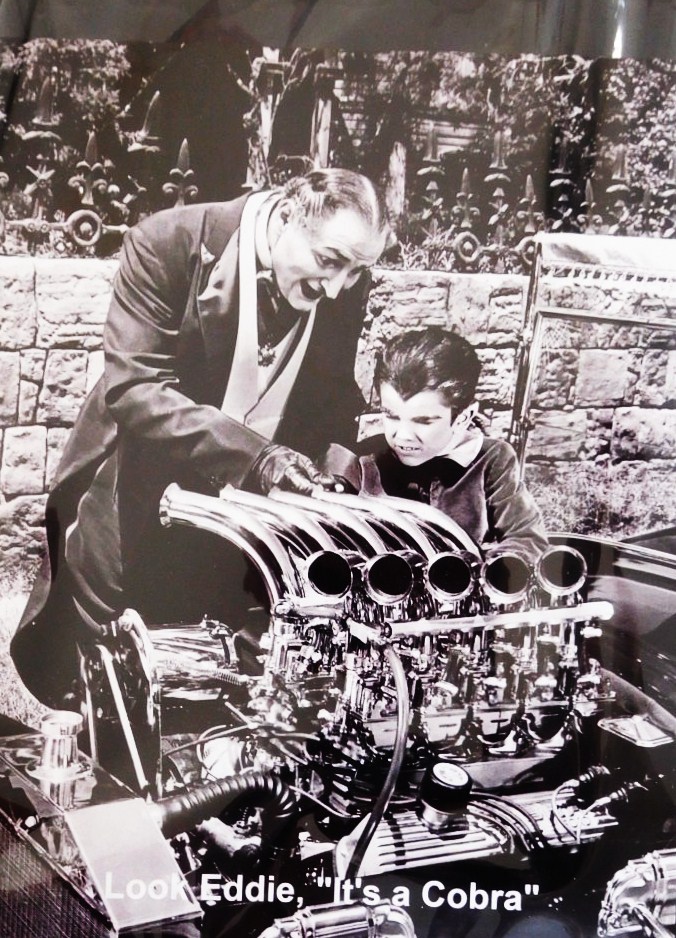