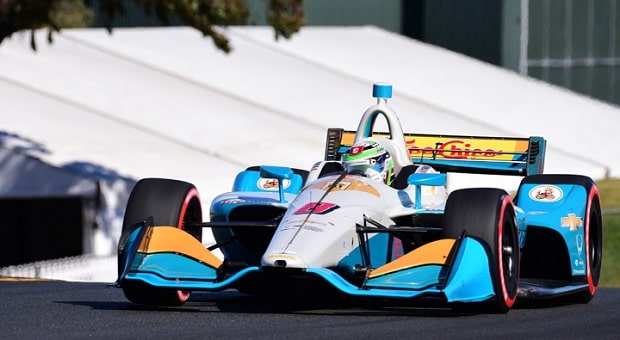 Harding Racing competed in three 2017 IndyCar Series races, with Gabby Chaves, the 2014 Indy Lights champion with Belardi Auto Racing. He finished ninth in the 101st Indianapolis 500 and earned Rookie of the Year honors for that race. After securing a fifth-place result on the Texas oval and taking 15th at Pocono last year, the team intended to field Chaves for the full 2018 season.

It didn’t work out well, especially with the new aero kit; results were never in the top 10 and after Iowa, team president Brian Barnhart announced Harding Racing would try out drivers for its second 2019 entry, even as he stated Chaves would continue as a member of the team. That all changed for the season finale at Sonoma when the team, assisted by Andretti Autosport, fielded the 2018 Indy Lights champ, Patricio O’Ward and runner-up Colton Herta, who finished ninth and 20th, respectively.

Four days later, they announced that O’Ward and Herta would race for the reconstituted Harding Steinbrenner enterprise in 2019, driving the No. 8 and No. 88, respectively. Was this a total surprise? No, not really. Last weekend’s Sonoma Raceway contest was a try-out to see how everyone would work together in a team comprised of Harding Racing regulars, the Andretti Autosport crews that had serviced O’Ward and Herta during their Indy Lights competition and a few other Andretti Autosport operatives.

George Steinbrenner, despite his baseball heritage, has wanted to be an IndyCar series car owner for much of his life. The sport has always appealed to him and, just like his drivers, he’s worked his way up the Road to Indy ladder.

If this sounds like it’s coming from left field, it’s not. “My grandfather actually partnered with Pat Patrick in the 1970s at the Indy 500 with Gordon Johncock and Wally Dallenbach behind the wheel. My family has been involved in racing,” he explained. “My father partnered with Darrell Gwynn in NHRA in the early 2000s.

“For my personal passion for IndyCar, I point back to Marco, Michael, the 2006 Indy 500 as the moment I truly fell in love with IndyCar racing and really caught the bug, just started the deep dive that I haven’t gotten out of and truly don’t want to get out of,” Steinbrenner said. He’s about to become, at age 22, the youngest team co-owner in IndyCar’s long history. “It’s surreal, to be honest; I could tell you it probably would be surreal if I were 52 or 72. It doesn’t lighten that at all; it’s certainly an accomplishment.”

The announcement was made by Steinbrenner, Harding Steinbrenner Racing’s team consultant and driving coach Al Unser jr., O’Ward and Herta. Unser was asked about the makeup of the team going forward, any engine commitments and whether Andretti Autosport might continue to assist the team. Unser said the logistics were still being worked out and that this announcement was being made today so the team could move forward publicly with its plans. He noted Harding’s engine affiliation with Chevrolet didn’t occur until early this year. 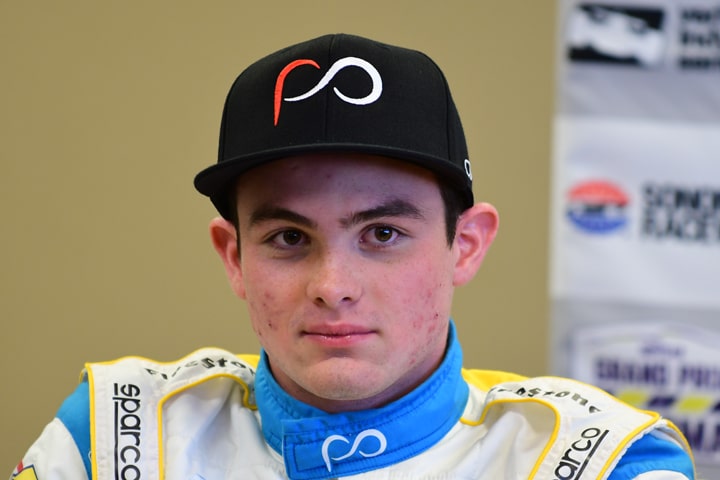 Obviously the two drivers are glad to have their 2019 plans solidified so quickly. O’Ward will be the first full-time Mexican driver in the series in a long time, as it’s been 14 years since Adrian Fernandez was a full-time racer. “I think it’s huge for the series,” O’Ward said. “There’s a lot of fanatics in Mexico and I think it’s important to engage them because IndyCar is growing. I think it’s the most competitive series in the world. I think it’s one of the hardest championships to win by a team or driver.” 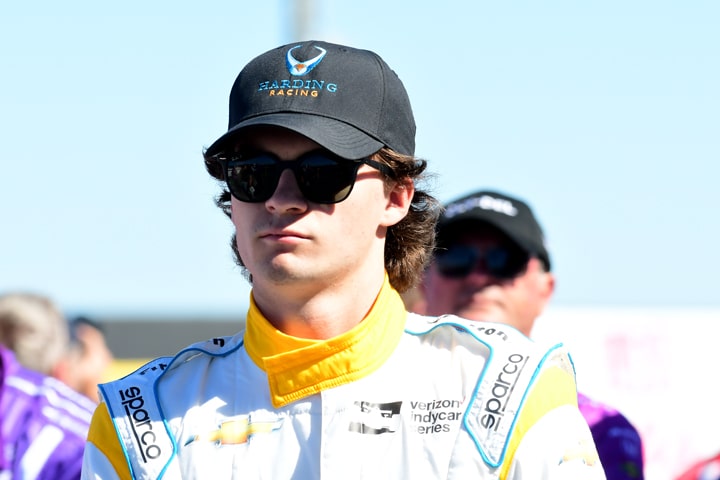 Herta said last weekend that he’d been “waiting for this day since I was born,” as he prepped for his IndyCar indoctrination in Sonoma. With Unser Jr on-hand as a driver coach, Herta did reveal that the best advice he received before getting into the car was this: “He told me it’s still just a racecar; there’s nothing to be afraid about. That calmed me quite a bit; it helped me get up to speed quite a bit quicker.”

So with the logistics still to be settled for this group as currently constituted, questions remain about Chaves’ future. “As we go into a little bit different direction, Gabby is still signed with us right now, so those details are going to be figured out as we go along. Gabby was very instrumental in this whole thing,” Unser concluded.

Both O’Ward and Herta were scheduled to throw out the first pitch Wednesday night at Yankee Stadium, where the Yanks are playing the Boston Red Sox. 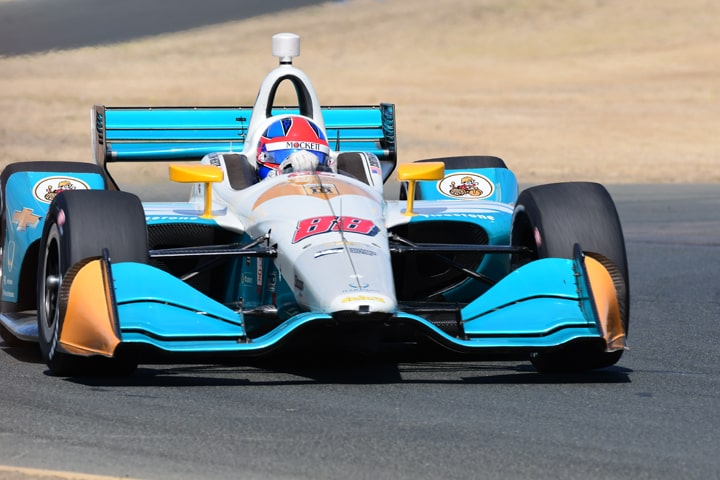