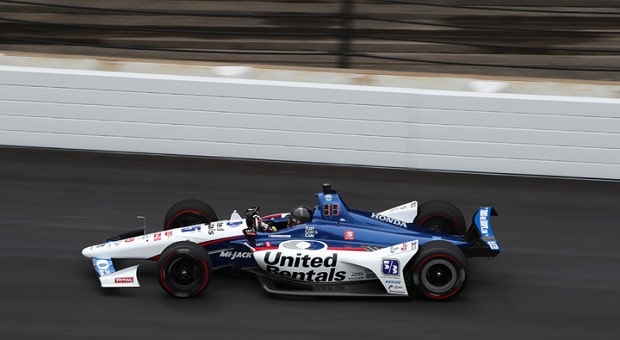 Of all racing disciplines, open-wheel is acknowledged as the most dangerous, as it exposes the driver to invasive debris from all sides. Much has been done to enhance driver safety over the years, including footbox protection, a more secure upper cockpit and protection in the side pods.

After recent accidents and the death of driver Justin Wilson, INDYCAR got even more serious about cockpit intrusions. But it didn’t copy what Formula 1 was doing, which included the halo device that’s been on F1 racecars the past couple of seasons. Initially a halo was tried out as president Jay Frye looked at extended windscreens as well.

Under the auspices of chassis constructor Dallara and studies by INDYCAR’s aerodynamics expert Tino Belli, the NTT IndyCar Series took the step of trying out an Advanced Frontal Protection (AFP) debris deflector during a 29-car test on the 2.5-mile Indianapolis Motor Speedway (IMS) oval last week.

The open test at IMS satisfied INDYCAR president Frye, who believes the AFP is ready for use in all races throughout this season, beginning in two weeks with the May 11 INDYCAR Grand Prix on IMS’ road course. This supersedes the original target date for implementation, which was originally the 103rd Indianapolis 500, set for May 26. 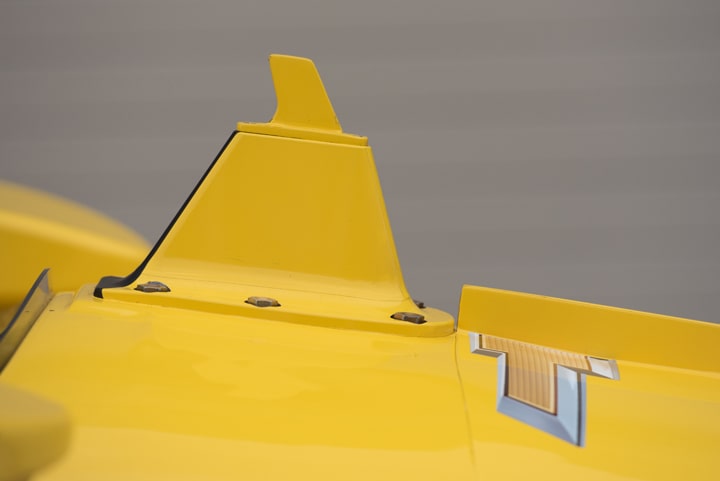 “Thanks to a phenomenal effort by Dallara and all of the INDYCAR teams, we are ahead of schedule in making this happen,” Frye declared. The AFP bolts to the Dallara IR-18 chassis centerline ahead of the cockpit. It is designed to push flying debris away from the driver. Including its brackets and monocoque reinforcement, the AFP weighs just shy of five pounds. It has passed the same load testing as the Indy car roll loop that sits behind and above the driver.

Frye stated the AFP is actually “Phase 1 of our solution” to improve cockpit safety. The second part of this plan to halt cockpit intrusions is expected to be revealed in May during either the Grand Prix or preparations for the Indy 500, which begin May 14 with practice sessions.

The Canadian said, “It’s great to see that INDYCAR is always pushing safety. Obviously this is just Step 1 in an evolution of head protection,” he said. “But having been hit by a piece of debris that would have been prevented with this device, I’m all for it. It’s also comforting to know that behind the scenes we are still working hard on a more comprehensive solution.”

Head injuries have been a big issue in accidents on both road/street courses and ovals. The Road Racing Drivers Club (RRDC) has produced a video delineating that issue and its effects on four-time INDYCAR champion Dario Franchitti, the winner of three Indianapolis 500-mile races: