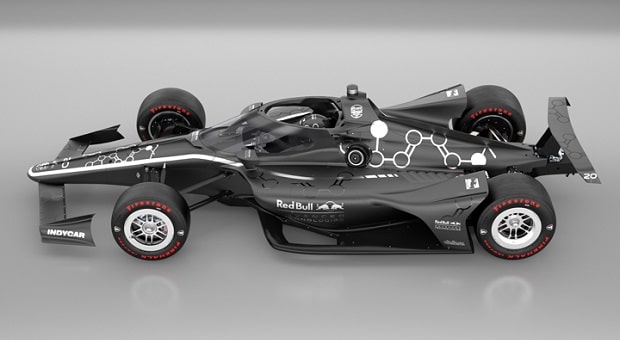 One of the largest issues in open wheel racing is driver safety. There have been many advances over the years in both Formula One and INDYCAR to enhance the process of saving lives and bodies in this form of motorsport and those continue today. INDYCAR began significant investigation into various forms of protection after the death of driver Justin Wilson in an accident at Pocono Raceway in 2015; the same track was the site of Robert Wickens’ paralyzing accident last August.

Device implementation began with the Advanced Frontal Protection (AFP) affixed to all cars in time for the 2019 INDYCAR Grand Prix the second weekend of May and prior to this year’s 103rd Indianapolis 500 on the Indianapolis Motor Speedway’s 2.5-mile historic oval. With several crashes during practice and prior to qualifying for this Sunday’s race, there were no reported instances of cockpit intrusion.

On Carb Day Friday, INDYCAR showed off a driver cockpit protection Aeroscreen that will be implemented for the 2020 NTT IndyCar Series season. The Aeroscreen was developed by Red Bull Advanced Technologies (RBAT) specifically for INDYCAR’s use and in conjunction with the series; it was initiated in 2016, according to Christian Horner, RBAT CEO and Red Bull Racing team principal. “Since the first prototypes were developed and demonstrated in 2016, the potential of Aeroscreen to improve the safety for drivers in the event of front impacts in the cockpit area of cars has been clear,” he said.

“This new partnership with INDYCAR gives us at Red Bull Advanced Technologies the go-ahead to fully explore that potential and to deliver a protection system that will help prevent serious injuries and potentially save lives in the U.S.’s premier single-seater series. Over the coming months,” Horner continued, “we’ll be working closely with INDYCAR and its drivers to refine and perfect Aeroscreen, and we’re looking forward to seeing the results race in 2020.”

For the past few years, Formula One has been using a halo device atop the cockpits as projection, but INDYCAR hasn’t climbed on that bandwagon, preferring to take a closer look at other technologies and eventually deeming this Aeroscreen a suitable protective device. It has tested windscreens, halos and other ideas in an attempt to make a rational choice, rather than rushing into an untenable solution. 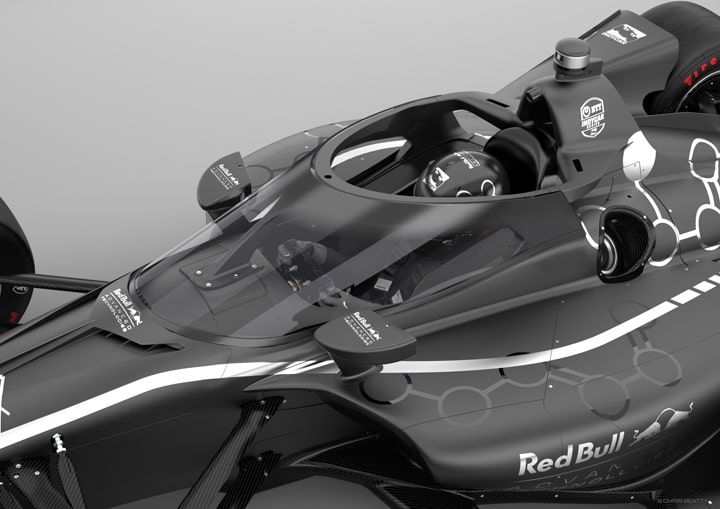 The RBAT design consists of a polycarbonate laminated screen that includes an anti-reflective coating on the interior of the screen, an anti-fogging device through an integral heating element and possibly tear-offs, all of which will be produced by integrated third-party companies. An added feature for the drivers will be a cockpit cooling option that will be designed by INDYCAR’s official chassis supplier, Dallara, working in tandem with Red Bull Advanced Technologies.

There will a trio of mounting areas around the cockpit for the Aeroscreen: at the chassis centerline and on two rear-side mounts with roll hoop integration. These will provide enhanced load-bearing capabilities that are expected to be in the neighborhood of 150 kilonewtons (kN), equalling the FIA load of F1’s halo design. With a single kN equal to about 225 pounds, a force of gravity rating, the force is equal to mass multiplied by acceleration.

On-track testing of the Aeroscreen is intended to take place this summer, as selected NTT IndyCar Series racers evaluate the device; approved Aeroscreens are expected to be delivered to all teams by the fall. Reigning and five-time INDYCAR champion Scott Dixon of Chip Ganassi Racing, who has been a primary tester for all safety devices the series is investigating noted, “INDYCAR is constantly looking at and evaluating what needs to be done. It’s something they have done throughout history, if you look back through the different eras since auto racing started over 100 years ago. The Aeroscreen,” he said, “is just the latest effort in continuing INDYCAR’s efforts to enhance driver safety.”

Over the past few years the series has conducted extensive testing with a windscreen concept developed in conjunction with PPG Aerospace. There were 2018 on-track sessions at ISM Raceway west of Phoenix and at Indianapolis Motor Speedway. Drivers who tested this windscreen didn’t report issues, but comprehensive testing at PPG’s Huntsville, AL facility revealed additional work was needed before that windscreen could be implemented. INDYCAR was able to utilize PPG’s research and drivers’ on-track testing of that device to provide added data and information to Red Bull Advanced Technologies for the development of the current design.

The real question concerning this – or any other open-wheel protection system – program is ingress/egress for the driver in the event of an accident. Some larger or taller drivers in the series, such as Ryan Hunter-Reay and Graham Rahal, might be the perfect guinea pigs to test this important factor prior to it being implemented. 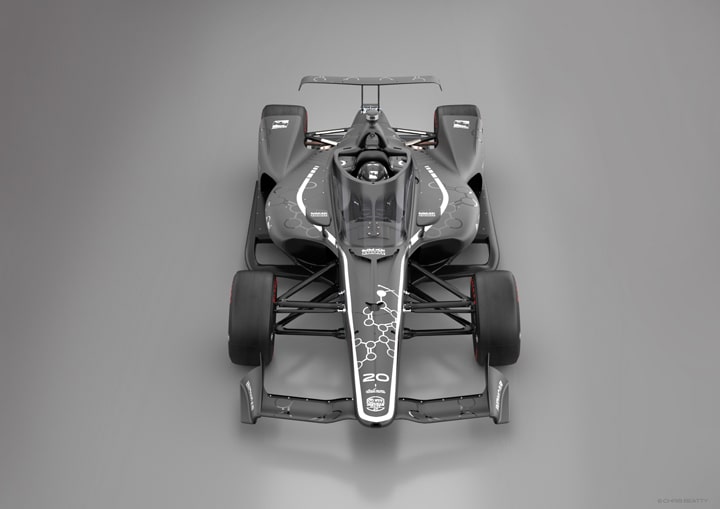