RacingJunk News > News > Indy is More than a Race 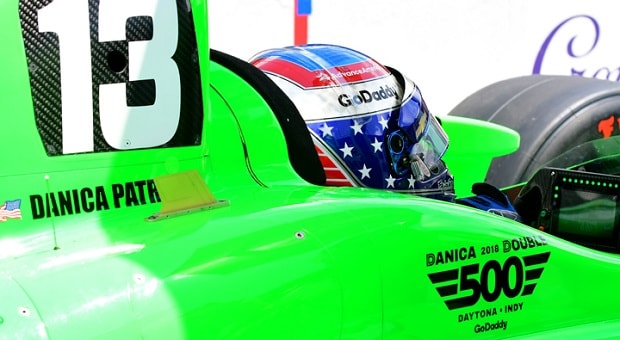 The Indianapolis 500 Mile Race ended on Sunday afternoon in sweltering conditions. Will Power was the excited, emotional winner of a race he’d been aching to call his own for 11 years; the Aussie swept both races at Indianapolis Motor Speedway during the month of May, winning the Indianapolis Grand Prix road-course event the week before Indy 500 qualifying, where he earned the third starting spot in his Chevy-powered Indy car.

On Sunday, 37-year-old Power began Team Penske owner Roger Penske’s quest to reach 300 Indy car victories. He secured No. 200 at the Indy GP and aced No. 201 in the 500, claiming his 34th INDYCAR win. Power has, during his past 13 years of Verizon IndyCar Series racing, secured 51 pole positions. Although he began his Indy car career with Team Penske as a test driver and then part-timer in 2009, he found Victory Lane in only his fifth start. He’s overcome a total distaste for oval racing and now wishes he could race every weekend on an oval.

While some might have felt this wasn’t a classic Indy 500, it’s hard to say what would have been a “classic” more than this 200-lap enduro around the 2.5-mile oval. There was a good battle between Power and pole man Ed Carpenter, plenty of lead changes amongst 15 drivers, only seven caution periods and 11 penalties handed down by Race Control. Last year’s winner, Takuma Sato, was the second driver out of the race; in 2016 Juan Pablo Montoya, who won the year prior, was first out!

Probably the two drivers providing the best action throughout this race were 2016 winner Alexander Rossi, driving a Honda-powered car for Andretti Autosport, and Oriol Servia, piloting the Scuderia Corsa with RLL Honda. Rossi, who had a deflating tire during his pole day qualification run, started from 32nd and finished fourth. Servia started 26th after needing three tries to make the field, led 16 laps and finished 17th.

The latter’s finishing spot would have been higher but for a last-minute stop for fuel that scuttled his aspirations to finally win the 500, much as it did for lap leader Stefan Wilson (Andretti Autosport Honda). Servia’s team have already said they’ll be back next year – perhaps for the full season?

Watching Rossi and Servia passing cars was among the more tantalizing parts of this Indy 500; in practice, it was stated time and again that no one would be able to pass, particularly on the high (outside) part of the track, now that the new UAK18 aero kit made the driving more difficult for anybody but those at the front of the field. Couple that with the hot, steamy weather, the fact that a massive rainstorm washed the track of all accumulated rubber from Friday’s Carb Day practice and the difficulty became even more pronounced.

The track caught out several veterans, including retiring Danica Patrick, Sebastien Bourdais, Helio Castroneves, Sage Karam and Tony Kanaan. It’s hard to understand why the A.J. Foyt Racing team kept Aussie James Davison on the track leading up to his crash with Sato on the 45th lap, which brought out the first caution. Davison was going easily 50mph slower than Sato at the time; he should have been at the bottom of the oval as a courtesy.

After qualifying in the Fast Nine for her final race, Ed Carpenter Racing’s Danica Patrick retired after her Chevy contacted the second turn wall in a situation similar to the earlier shunt by Chip Ganassi Racing’s Honda-powered Ed Jones. Neither was injured but, for Patrick, it was a complete letdown. She’d also had difficulties at the start, falling back from her seventh place starting position as she dealt with the very different track and the UAK18’s problematic tendencies in traffic.

“It’s a disappointing finish, but something like that is not going to take away my love for this track, for Indy cars, for racing. I’m always going to have fond memories – although I was broken-hearted for sure,” Patrick said after being checked and released by INDYCAR’s medical staff.

As she moves on to her next career following this Danica Double of the Daytona and Indianapolis 500 races – she crashed out of both of them – Patrick leaves behind some memorable stats at the Brickyard. As the first woman to lead the race in her rookie 2005 season, when she finished fourth for Rahal Letterman Racing, Patrick recorded only one result outside the top 10 (22nd in 2008) until this year; her best was a third-place result in 2009.

“The last couple of days have been an emotional roller-coaster for sure; I feel pretty excited about the future. The reason,” she said, “why I have so many amazing things that are all passions of mine are because of what happened here at Indy. Indy can break your heart because it means so much, but it can also be amazing. I’ve been lucky enough to be on the amazing side so many times.”

It may seem strange to be evaluating a race so long after the event is over, but as Danica Patrick so aptly put it, “This event is amazing.”