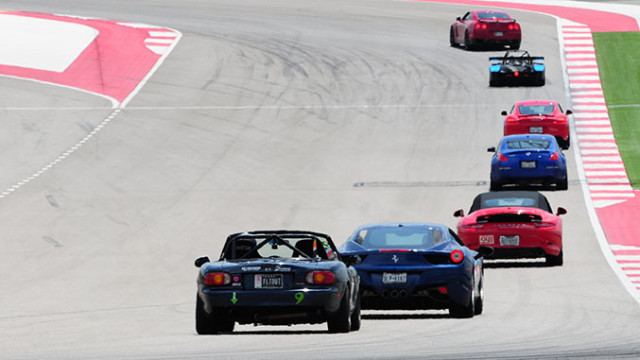 The second time to a track is remarkably different from the first. Generally speaking, the experience of being on-track is no longer daunting or nervewracking in the way it was the first time. With a smidgen of experience, an ambitious intermediate driver will know how to follow passing instructions and track etiquette fairly well by now, and they can focus their attention towards improving their pace. However, since they’re still new to the game, pushing forwards must be done with a slight air of caution.

As far as personal preparation goes, an intermediate driver should try to consume a reasonably healthy and substantial breakfast, and sustain themselves throughout the day with foods that aren’t too heavy but provide ample protein for mental clarity. If friends are attending the track day, there’s often an impulse to gather the night before, knock back a few and exchange war stories. For the purposes of keeping clear and energetic, the booze is best avoided then. Drinks are more refreshing after a successful day at the track without any unforeseen expenses.

After a day at the track on all-weather tires and a set of well-worn brake pads, someone looking to find a little more speed should opt for something sportier. A set of R-compound tires with a reasonably wide performance window are a great way to step up cornering speeds and they allow a driver to lean on their car in a way basic tires simply can’t offer. Better pads are suggested too, since even big brakes will take a beating in most road cars over the course of a track day. These modifications can be made for relatively little, and the option for a product which works well on-track but is livable on the street is widely available.

These upgrades encourage a driver to flirt with the limit, but seeing as it’s only their second time, they need to proceed with some restraint, since they’re still far from Dale Earnhardt at this point. Assuming they know the lines and the braking points, it’s now up to the driver to being shortening braking distances, rolling more speed into the corner and growing comfortable with a slithering rear end.

Instructors will warn students, largely out of legal concerns, to remain well-within their limit, and to an extent, they’re correct. However, the worrying talk shouldn’t prevent one from pushing a little harder than they did the previous time, it just needs to be done safely and progressively. Preferably starting in some of the slower corners with a bit of runoff and enough circuit to play around on, applying the throttle strongly out of a corner should elicit a bit of wheelspin and preferably oversteer, assuming one is in a rear-wheel drive car. With some room to play, they can begin practicing opposite-lock without fear of a crash. Now, at slow speeds, the limit has been experienced and dealt with safely, and a driver can begin to try and find this feeling elsewhere on the circuit.

Similarly, the brakes ought to be explored more deeply. Finding the courage to brake a hair later – meaning something like half a car length – is a great way to begin shortening the braking zones. It’s important also to brake harder initially and then roll off so as not to increase braking pressure well into the corner. If one has opted for sportier pads, they’ll notice how well the car decelerates at this point. The hard brake application will typically have drivers overslowing before the apex, so it’s quite safe. The goal here is to try and roll an additional few miles an hour into the corner, and begin to flirt with the limit on entry and at exit. The key here is working up in very small increments towards braking later and slightly harder, while still focusing on hitting one’s marks. This way, once the limit has been reached, a little cadence braking should sort one out easily. 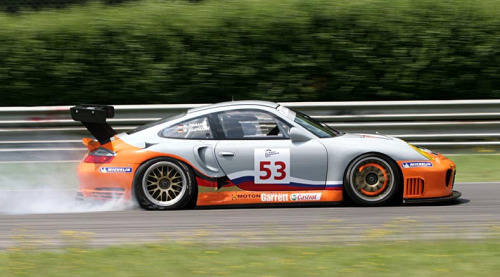 Keeping a cool head is perhaps the most important quality to have. Many people, confident in their own abilities and relatively inexperienced, feel the urge to puff out their chests and sail along as if they’re a World Champion. At this point, it’s still certain that the driver isn’t clever enough to really handle any unforeseen situation, so finding the limit should be done with some modesty.

Coaches are great sources of information, both technical and practical. If they ride alongside an intermediate driver, they can identify mistakes well before they become problems, and therefore coaches are best listened to. The intermediate driver now has some more attention to dedicate to finding the limit, and consulting a coach, who will likely offer skidpad exercises if available, is a great way to find it safely. Coaches delight in seeing a driver with great car control, but they’re not paid enough to sit shotgun with major heroics happening.

There’s an urge to be the best around now, but keeping the ego deflated temporarily is a big advantage here, since there’s still so much to learn and a swollen head keeps information from coming in as quickly. A coach can sense and avoid troublesome hothead, and similarly gravitates towards the respectful, studious pupil. With some specific instructions from a seasoned vet, a bit of wiggle room and a calm-but-curious approach to driving, an intermediate driver will astound themselves with how much progress they make. It’s important too to remember that there is nothing on the line but pride and a potentially expensive repair bill – there’s no such thing as “winning practice,” but unfortunately, not everyone’s received the message. Don’t be that person.