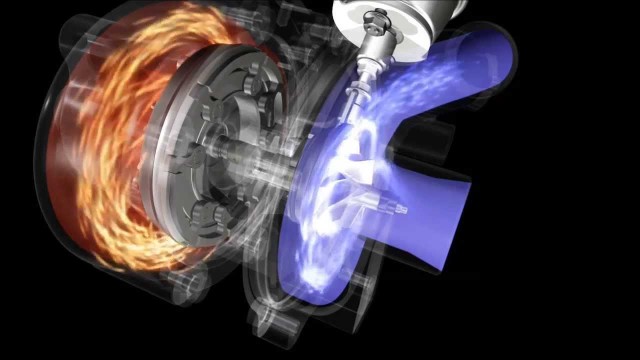 It’s a sore subject among many purists. The move towards turbos in all forms of sports cars may be disheartening, but for better or worse it is the reality of our age. Bolting on a pair of snails and downsizing an engine comes with plenty of pros and cons however, and though the wonderful snarl and response of a blown or naturally-aspirated V8 may be on its way to becoming a warcry from a bygone era, there’s reason to appreciate the new wave of smaller, quieter, force-fed motors.

Take, for instance, Cadillac’s new ATS-V. A twin-turbocharged, 3.6-liter V6 making 464 horsepower and 445 lb/ft of torque powers this sports sedan, and offers a slightly more modest powerplant than the roaring V8 in the CTS-V. The V6 engine can’t hope to compete on grunt alone, but so much time has gone into making turbochargers deliver their performance smoothly that traction is often improved over the more brutal delivery of the larger engine found in the CTS-V. Additionally, smaller turbos and clever intake systems, shorter runners and more efficient intercooler piping mean boost comes on sooner, and can be used on hairpins easily.

Modern gearboxes help harness the turbocharged engine’s powerband. Typically, the turbo engine provides a good surge of mid-range torque with a slight lack of low-end power, but it’s the transmission that keeps the ATS-V from falling out of boost with every cleverly calculated upshift and downshift. The result is a seamless, progressive, and relentless push that has the car feeling more bullet train than sedan at times, and no longer does one have to wait very long for power to come in.

However, downsizing can be a drain on the circuit. Bigger-engined, V8 cars like the CTS-V are more responsive, and on the track, that goes a long way. Since the turbo engine’s not quite as crisp when delivering the power, corner exit speeds are reduced and potential straight-line speed falters.

What do these engine characteristics equate to in lap times? Whereas the CTS-V can round the power-friendly Laguna Seca in 1:39, the ATS-V finishes only 1.6 seconds behind! Considering the CTS-V has 640 horsepower and 630 lb/ft of torque, and shares the same chassis as the ATS-V, that’s quite an achievement for the little car. Where are the differences made?

With nearly 200 horsepower less, the ATS-V managed a respectable time at a track with long straights and uphill climbs because of its weight distribution. The beauty of using a smaller engine, especially with a front-engined car, is that it allows for the weight to be placed in a more effective position. In other words, the engine can be mounted further back and the center of weight is shifted, thereby improving vehicle balance. This allows the ATS-V to travel faster into the corner and change direction with better response.

It’s a complicated interaction between engine placement, throttle response, and power delivery, but the turbocharged engine is quite competent in all of these fields. Crucially, a mild lack of response compared to a normally-aspirated or supercharged motor detracts from corner-exit performance on the track, but in the real world, where these cars will spend most of their lives, turbos provide nearly all the performance and come with a few added benefits.

Especially when used in conjunction with modern gearboxes, a turbo engine saves the driver some fuel around town, but when it comes time for a quick backroads blast, offers plenty of torque and smooth power delivery to have some fun. The smaller engine size also allows for better weight distribution and therefore improved handling. There’s a bit of give-and-take between all the relevant performance factors, but worry not – the widespread embrace of the turbo engine is not the death knell for the exciting, involving, and capable sports car.

3 Comments on How Do Turbos Affect Performance?