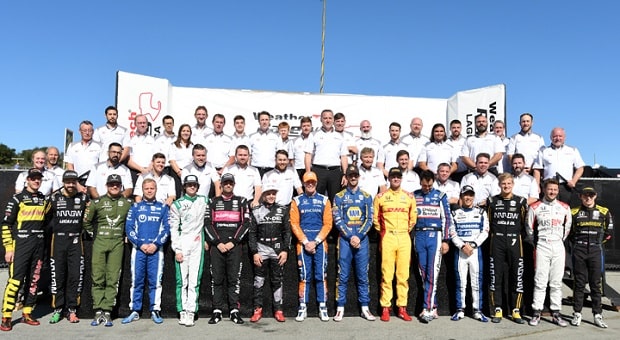 The NTT IndyCar Series is considered a “spec” series because all teams use the same chassis and tires. Teams are hugely restricted in what they can do outside the parameters of series rules with regards to changing anything, with the exception of dampers (shocks). Engine manufacturers have certain “boxes” they can work within during each season, with only a few items, like pistons, being free. 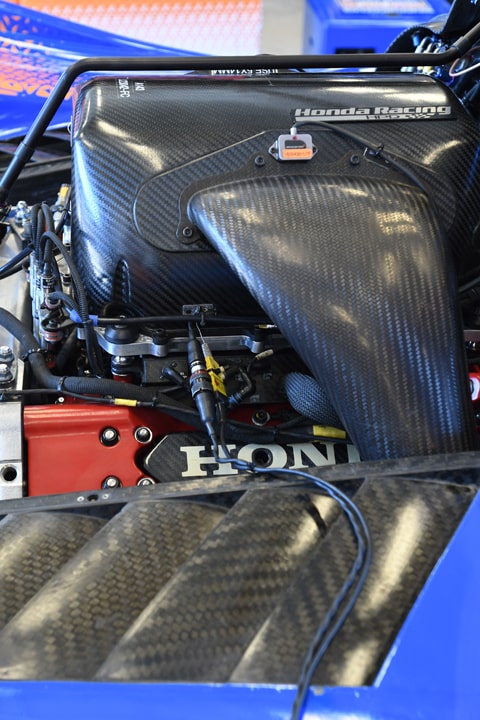 As with the driver’s and entrant’s titles, the engine manufacturer championship came down to the wire this past weekend at Laguna Seca, a hilly, 2.238-mile permanent road course where neither manufacturer has competed in Indy car competition (Honda, through its Honda Performance Development engine development division – HPD – has raced here in the CART/Champ Car series).

Because each car is allowed 10,000 miles for its engines, each team is allocated four engines for the season – and that includes testing as well as racing. The engines are dispensed by INDYCAR, so that each team has no idea which engine is assigned to them. Once a car uses a fifth engine, it is no longer eligible to compete for the engine maker’s championship.

Every team experiences changes during a 17-race season and engines are part of that process. Sometimes a fifth or more engine is required following an accident. Failures can happen and sometimes there are maladies that can affect a manufacturer’s entire group of teams.

This year, Chevrolet (with its Ilmor partnership) and Honda/HPD came into the 17th and final race neck and neck, with Honda leading the championship with 1351 points to Chevrolet’s 1317. That’s tight. A mere 34 points. Chevrolet had three cars that had used more than four engines; Honda had six, but still led the competition.

It was Scott Dixon’s third-place result that beat Chevrolet and gave Honda two titles in a row, as that Chip Ganassi Racing driver is still on his fourth engine (Colton Herta is using his fifth). Marcus Ericsson’s 11th place result added 35 points to give Honda this victory, 1436 points to Chevrolet’s 1387, as Honda/HPD increased their advantage to 49 points.

Simon Pagenaud’s fourth-place finish along with Max Chilton’s 13th place result sealed the deal for Honda over Chevrolet. Honda was unable to capitalize on winning the pole position and the race because of Herta’s fifth engine in play. Only the top two runners for either engine maker receive points.

Post-race, HPD president Ted Klaus talked about the achievement, even as he followed former president Art St. Cyr, who presided over HPD when it earned the engine title in 2018. “Two in a row is extremely gratifying,” he said. “We all know that everything you do in life tends to be incremental, so I had the pleasure of joining and stepping up on top of what my predecessors have built before me. I’m just really pleased to have earned this second championship. It was very tight, so it’s very gratifying.”

Klaus is hoping for a new engine manufacturer to join Honda and Chevrolet by the 2022 season, when the structure of engine competition changes to a 2.4-liter internal combustion engine with externally sourced electrification. “We are a bit anxious about attracting a third manufacturer because we believe this is the perfect time, level playing field and electrified formula that won’t be the responsibility of that manufacturer, and the internal combustion engine that will. It’s a perfect time,” Klaus said.

“I’m very excited,” he added, “about the technological challenge of integrating an electric motor, a motor generator unit (MGU) with a small turbocharged engine,” in the 2022 INDYCAR season. “It’s not just about electric power and battery power, but we can consider fuel and low-carbon fuels, so that’s also a possibility for our future.”

Klaus also discussed the plausibility of driving the engine and MGU with either turbocharging or supercharging. “We can separately drive a supercharger or we can electrically add energy to a turbocharger. The biggest difference between a supercharger and turbocharger is how you manage the temperature… “

Honda celebrated, Chevrolet ruminated after the 90-lap Firestone Grand Prix of Monterey. The upcoming season may not begin until March 15 in St. Petersburg, Fla., but the engine makers have work to do, upgrades to make to their mills, which just experienced an eighth season and have reached the end of their power curves. The goal, for these next two years, is to win, of course, but also to prepare for the next generation of Indy car power players.