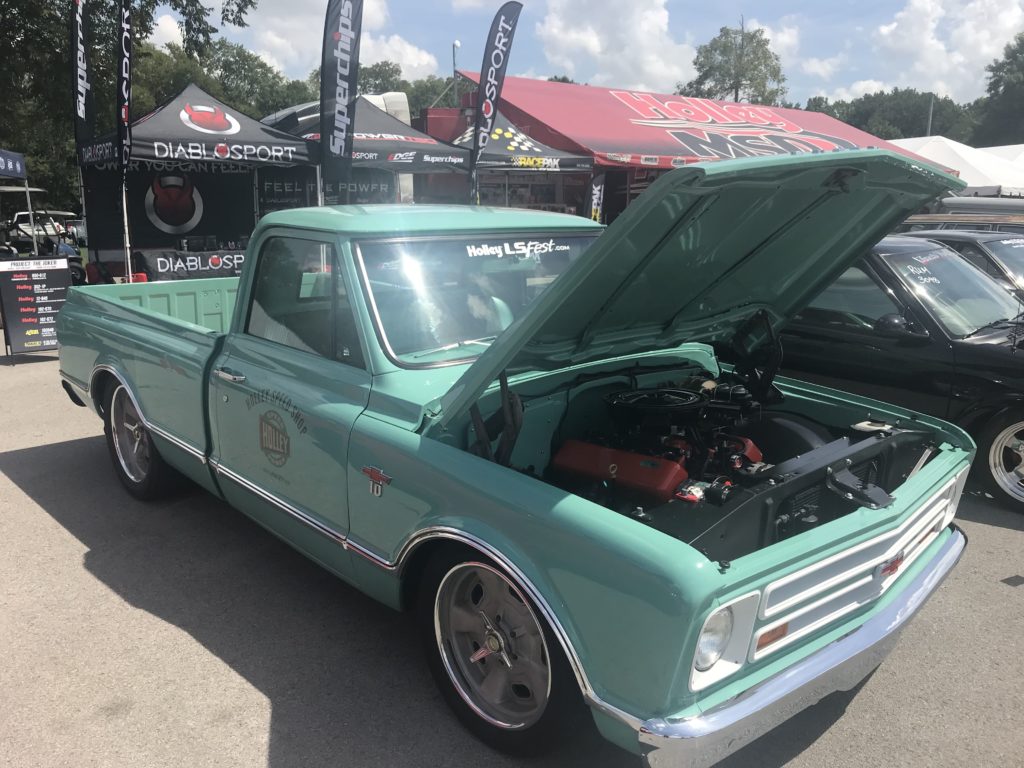 Driving through the rolling, green hills of Bowling Green, Kentucky on the way to Holley Performance’s LS Fest 2018, the scenery flickering by seems light years away from shimmering hot tracks, burnt rubber and high idles.

However, upon hitting the curve that takes you down to Beech Bend Raceway, the line of LS powered vehicles waiting to enter the gates and park on the grassy hillside belies the earlier impression.  Lush landscapes and revving engines go hand in hand here in the home of the Corvette and longtime seat of the southern heart of General Motors.

Most of Friday is testing day. In the muggy September heat, the folks wilting at the raceway are doing last minute checks and double checks, prepping to push their vehicles to the limit — whether on the road course, the Autocross twisties, the drift track or on the dragstrip in one of the multiple class configurations offered to showcase what that GM engine can do.

The vehicles running the test and tune will have additional passes down the strip once qualifying starts in the mid-afternoon, but this is the first chance to feel the track, to rev the engine, to get a look at what’s possible (and what, invariably, will need to be adjusted).

The V-8 LS Gen III first appeared in the 1997 Chevy Corvette as a small block engine. It was simple, lightweight aluminum and capable of producing 346 hp stock and quickly began to replace the engines in other GM performance vehicles. Subsequent generations allowed for more horsepower, better displacement, versions made of sterner stuff specifically for bigger vehicles. The engine quickly developed a reputation as easily installed and modded for additional power.  LS Fest is the place to confirm that, “yes, you can put an LS in anything.”  And if you need housings, pistons, cables, clutches, headers, and EFIs to make it go JUST THAT MUCH FASTER, LS Fest is also the place to see those additions and modifications in action, whether on display at the manufacturer’s midway or in action.

If racing or time trials weren’t your bag, there were other chances to show off power and performance including the Lucas Oil Drift Challenge, Brian Tooley Racing Bolt-On Power Challenge,  The Tuning School Dyno Challenge, the Bowler Transmission Countryside Cruise, Baer Brakes 3S Challenge, and the Hoonigan Burnout Challenge. 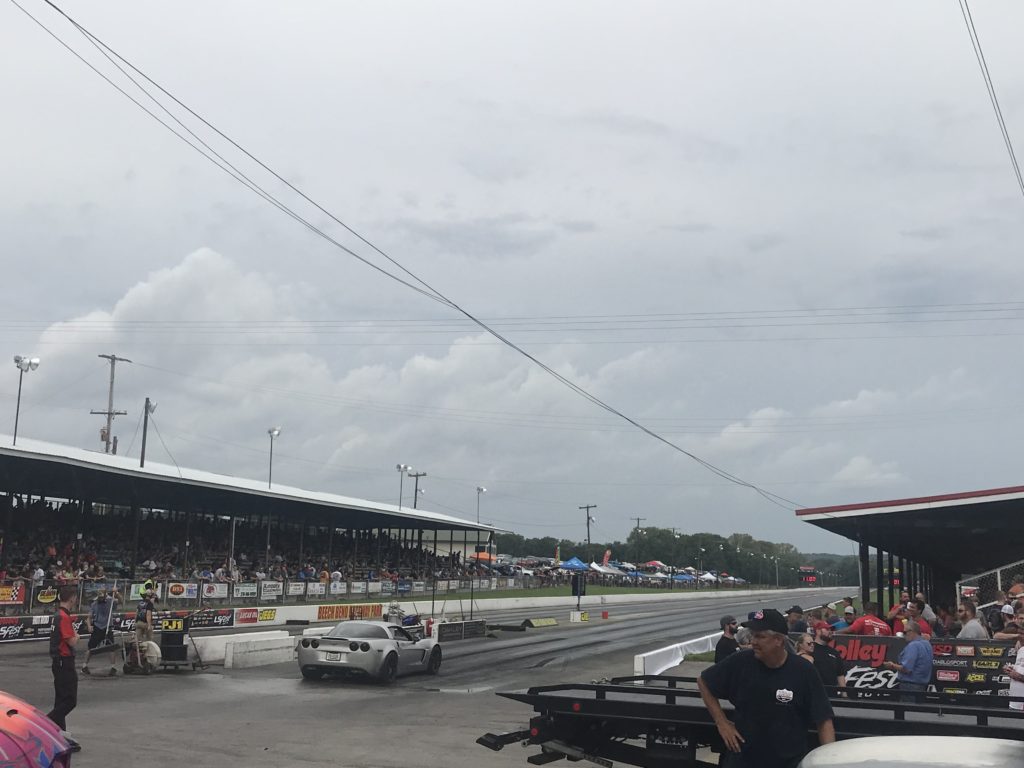 The point of LS Fest is not just to go fast, but to also demonstrate skill — like in the 3S Challenge (Speed, Stop and Steering), which is an essential component of the Grand Champion competition. The winner of this prestigious event demonstrates superiority in drag racing, autocross (at both the Beech Bend and National Corvette museum courses), and in the 3S’s.  Alternately, skill in literally making the engine better is judged in the bolt-on competition as teams take apart 6.0-liter truck engines, then build them back up with a series of bolt-on mods, then set the engine to idle. First one to get to 30 seconds on the idle gets to take that engine (and it’s parts from Holley, Brian Tooley, and others) home.

But it’s safe to say that most competitors are there to drag race.  From the COPO battles, to the Late Model engines, to the drag radials and real street racers, the need to go head to head from along the 1/4 mile is real, despite the occasional engine fire, debris on the track, rogue drone, or near miss.  The match-ups are often enticing (two identical models going mano e mano), baffling (does anyone really need to wheel stand a suburban), or just plain old thrilling ( a hand-controlled truck that went screaming into the 8’s).

Qualifying started on Friday afternoon and continued all day on Saturday, which was less hot but equally muggy, a fact that didn’t deter the hoards of visitors who also had the chance to pay a little extra and ride the rides at Beech Bend Park, where the Show and Shine was held.

Unfortunately for those who were still in the running to compete on Sunday, the drag racing was called on account of torrential rain.  Holley announced on their Facebook page that “all classes OUTSIDE of Street King and Rumble will have purses divided among all racers appearing on an elimination ladder for their class. This is an even split.”  Holley reps will reach out to the other two classes to let them know how they’ll be rewarded for participation.

Most other events carried on, despite the wet weather.  You can’t really keep a good-LS lover down.

Basically, Holley LS Fest (both in Bowling Green and in Las Vegas, where the LS Fest West event is held) is an event held for the pure love of what humans can do with machines and despite nature (which frequently wants to murder said humans via extreme heat, downpours, and air made entirely out of water).

For a list of complete results, go here: https://www.lsfest.com/2018-ls-fest-east-event-results/

About Andreanna Ditton 204 Articles
Andreanna Ditton is the Content Manager for MotorHead Media and the Editor-in-Chief for RacingJunk.com/news. She's been working in the automotive publishing industry since 2007 focusing on racing and performance for motorcycles and cars.