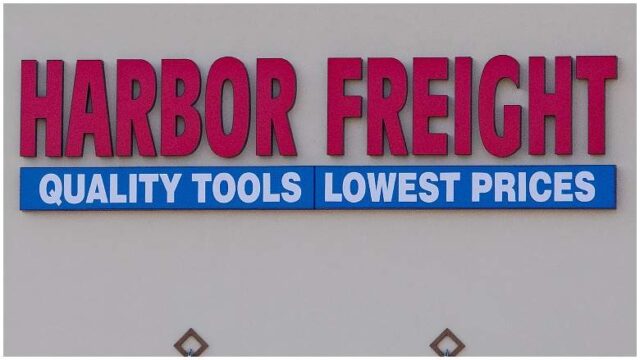 Important news if you or a friend have a Harbor Freight jack stand. Harbor Freight has issued a massive recall of 3-ton and 6-ton jack stands because they can suddenly DROP due to aging components. We’ve seen all of the Snap-On vs Harbor Freight memes on the internet but we assure you this is no laughing matter. We also urge everyone to not solely rely on floor jacks!

1.75 million units were covered in the recall, which applies to item numbers 56371, 61196, and 61197. A copy of Harbor Freight’s recall notice, shown below, explains where to find the item number on each one.

What’s wrong is that “there is a potential, while under load and with a shift in weight, for the pawl to disengage from the extension lifting post, allowing the stand to drop suddenly.” Not all of the jack stands that Harbor Freight sells under the Pittsburgh brand are covered, as it uses several suppliers and states that it had reports of defect in those made by other manufacturers. Harbor Freight’s safety recall report, filed with the National Highway Traffic Safety Administration (NHTSA), explains that it believes the problem only affects the most recent five percent produced, but because failure could happen without any warning, every stand with these part numbers will be recalled:

It was determined that product quality was inconsistent due to aging of the tooling and inconsistent location indexing of the pawl armature hole. All jack stands imported from this manufacturer as part number 61196 and 56371 are included in the recall population. Although we believe this issue arose in more recent production batches, because we are not able to confirm that earlier production units do not have this issue, out of an abundance of caution we are recalling all units prior to the recall date. 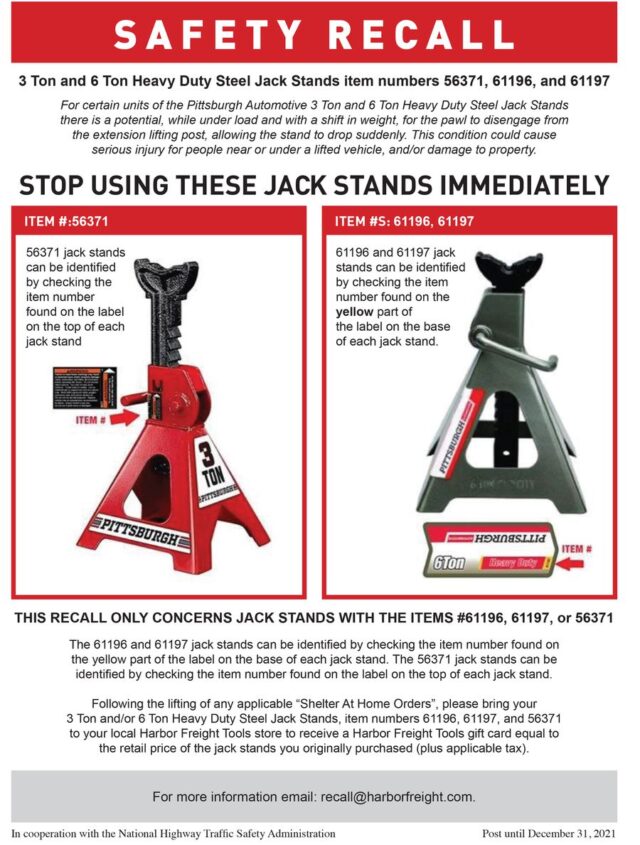