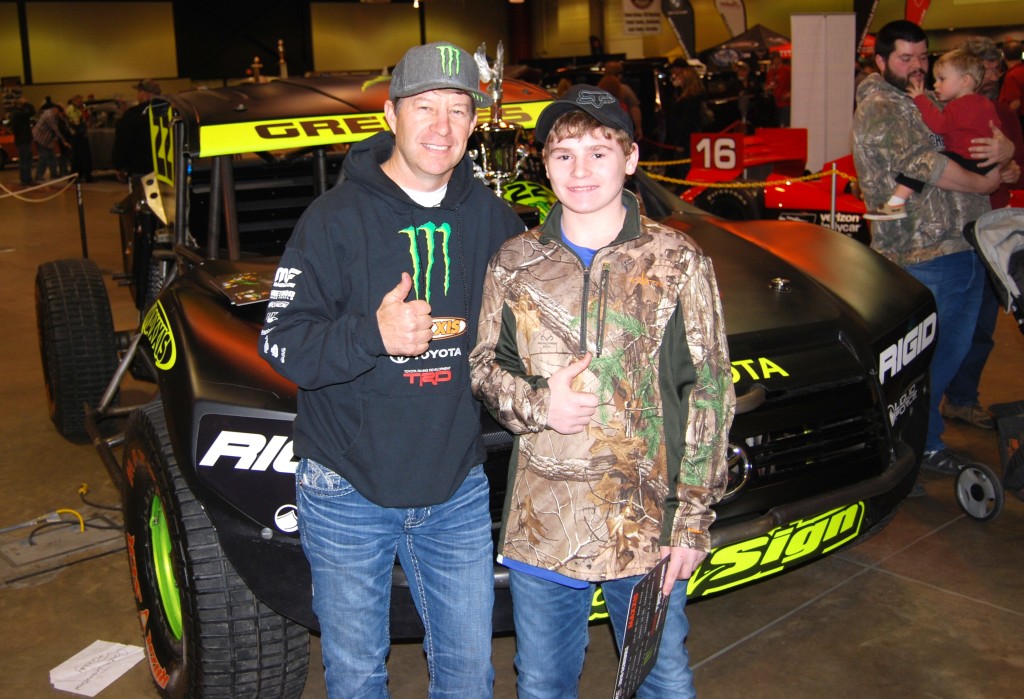 TORC off-road racer Johnny Greaves got into race trucks after he entered his motorcycle in a pre-race competition at Crandon, Wis., “I went there with my motorcycle to take part in a race before the big truck race,” Greaves told RacingJunk at the NEW Motorama show in Green Bay, Wis. “I won the motorcycle race and hung out to watch the trucks, and pretty soon I was hooked.”

Greaves traded his motorcycle for a sort of lower class off-road racer that was essentially a Volkswagen-powered dune buggy. Today he’s a TORC series champion with big sponsorships from Toyota and Monster Energy drinks. “We race eight to nine weekends a year and there’s two races each of those weekends,” Greaves pointed out. “It starts in Texas and goes to places like Charlotte and Chicago, before we wind up in Crandon, Wis. on Labor Day weekend with 50,000 or 60,000 people watching.”

A self-proclaimed car guy who also had a ’69 Camaro and a custom chassis Bronco at the show, Greaves has a shop in nearby Suamico, Wis. where he does all the prep work on his trucks with his son C.J. and two full-time employees. “It’s a professional series,” he explained. “The races air on the Fox Sports Network.” 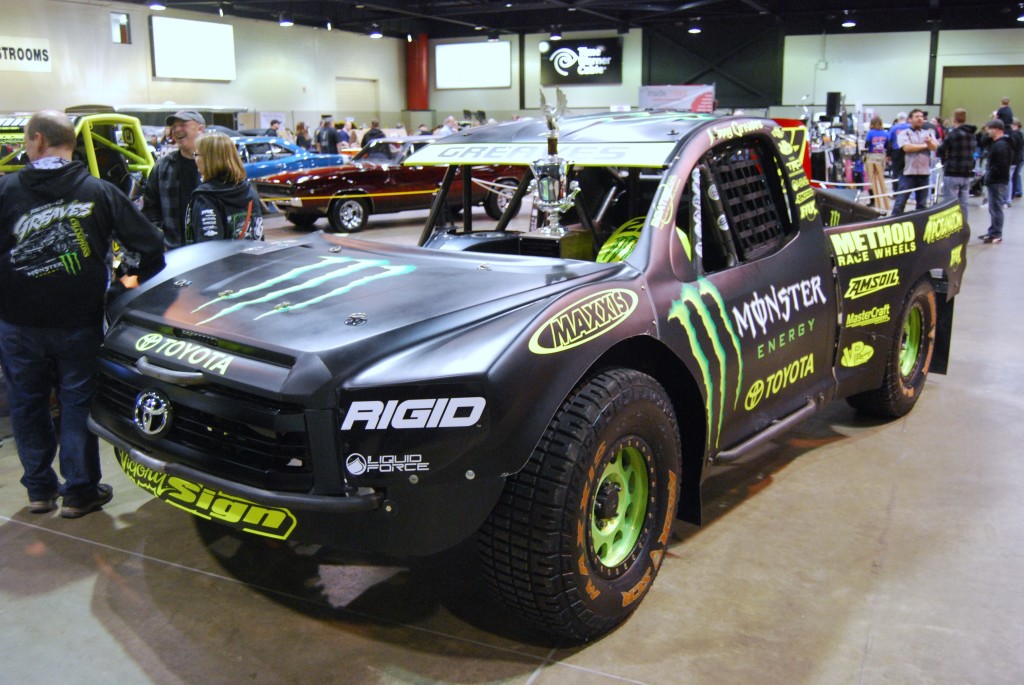 Greaves has been racing off-road trucks for nearly 20 years. “We run on a course that’s nearly a mile with lots of jump and turn,” he said. “They use everything you can think of to make it rough. You race against 10-12 trucks at a time with a ‘land rush’ start. Everyone takes off together and fights for Turn 1.”

Greaves was the reigning champion for two years, but C.J. beat his dad in the 2015 finals by about two feet, so he came away with the championship. Not bad for a 20-year-old. “He’s probably going to carry the rope from here on in,” said Johnny.