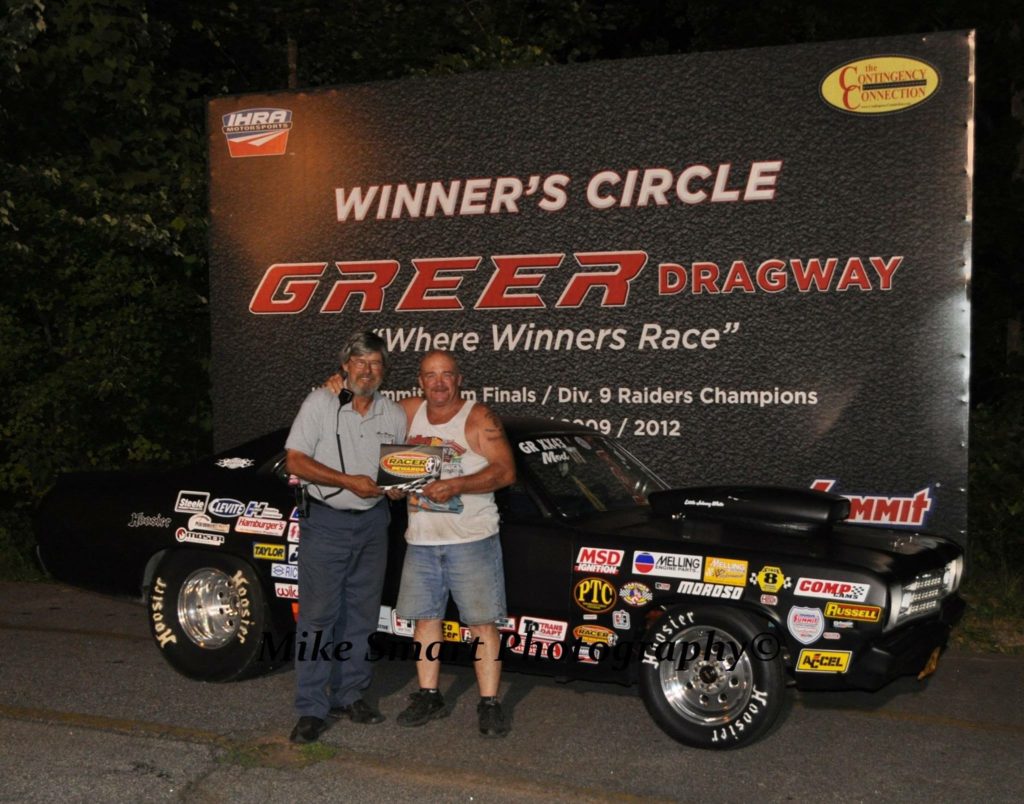 Ask any grassroots weekly racer on a budget what’s #1 on their wish list and they will answer Sponsorship to help pay their own racing expenses and Sponsorship for their local track or series so they have a place to race. Contingency Connection Racer Rewards delivers just that–sponsorship for grassroots racers, tracks, and traveling series.

Over the years, corporate sponsors and aftermarket companies have taken a top-down approach, allocating most of their marketing dollars to pro drivers and national sanctions. Alternatively, there is a bottom-up approach that focuses on the masses of grassroots racers at local hometown tracks and series, and this is where Contingency Connection Racer Rewards and the nearly 100 supporting manufacturers come into play!

For nearly 23 years, Contingency Connection has distributed sponsorship awards directly to grassroots racers, Friday and Saturday night race tracks, and traveling series. We believe when manufacturers offer product awards, discounts and sponsorship support directly to racers at the local level–those racers can afford to race more often and manufacturers will ultimately sell more parts. We also know that grassroots racers are extremely loyal and they will faithfully support sponsors that support them.

GOOD NEWS—more and more companies agree; recognizing that weekly racers are the true backbone of motorsports and their success is key to the longevity of the sport itself! These companies truly care and have an innate sense of responsibility when it comes to weekly racers, but they simply don’t have the resources to work with hundreds of tracks and series individually.

BETTER NEWS—Racer Rewards is FREE to all racers and available to almost every type of racing including dirt and paved oval tracks, drag tracks, import, diesel, tractor pull, sand drags, motorcycles, off-road, and road racing events.  It’s as simple as 1-2-3.

These discounts are real money no matter how you look at it! Just ask long-time drag racer Dana Thompson from National Trail Raceway. He recently told us “Contingency Connection Racer Rewards has helped me purchase some things I may not have purchased otherwise and has also allowed me to continue to run many quality parts on my racecar season after season.” Thompson recently picked up a Melling Performance billet oil pump at half price using Racer Rewards.  “It’s cash in your pocket!”

Another plus is that Contingency Connection pays 50 winners over the season at each track, so it’s not a “one time chance” to win the prize money giving racers a good reason to come out week after week.  And there is NO waiting to receive contingency awards in the mail.  Winning racers receive earned awards immediately!  What’s more—you don’t necessarily have to win the race to reap the rewards as promoters can rotate the awards among classes, pay the runner-up, or #10 finisher.

BEST NEWS: Right when you think this sounds too good to be true (free awards weekly for simply displaying a decal and you don’t even need win the race to get the awards) there is GOLD at the end of the rainbow!  An ELITE group of Contingency Connection sponsors have sweetened the pot with end-of-season Banquet and Bonus Championship Awards in addition to their weekly support!  Amazing packages like the Elgin Industries $500 Champions Power Package giving a complete engine package to one champion at each track/series; the Richmond Gear Weekend Warrior Promotion, JE Pistons Sportsman of the Year, K&N Filters Superior Performance Bonus, Holley Brands Grassroots Champions Bonus, Stage 8 Fasteners World’s Best Bonus, Aeromotive Phantom Fuel System Series and Painless Performance CIRCUIT Challenge are presented at each track & series banquet.

Contingency Connection Racer Rewards takes a Racer’s Wish List and helps turn it into reality. Tracks and series receive national sponsorship; while aftermarket companies have an effective way to recognize and “give back” to the true heroes of the sport offering valuable awards directly to local, hometown, loyal racers who need and deserve it the most.

Racers– It’s time to start racing with parts that pay for themselves!

Ask your track or series promoter to contact Contingency Connection NOW and mention “Racing Junk” to receive special awards and discounts for the 2017 racing season!

Go to: www.contingencyconnection.com and click on GRASSROOTS WIRED Newsletter logo

Jackie began her career in the automotive industry while still in high school, working at Edgewater Dragway and Nationwise Auto Parts in Cincinnati. After graduating from Miami University of Ohio, Jackie took a full time position with Ford Motor Company. Having a lifelong passion for racing, she quickly moved from the Ford Parts and Service Division to an Aftermarket Motorcraft Racing position which included facilitating promotions with NASCAR, NHRA and IHRA. She later moved to the IHRA and led their marketing department until founding Contingency Connection in 1994 with partner Ronnie Ball. Nearly 25 years later, the company has become the “authority in grassroots marketing” by successfully connecting top manufacturers with local tracks and weekend warriors throughout the US and Canada via their revolutionary Racer Rewards and Engine Professional Rewards programs.