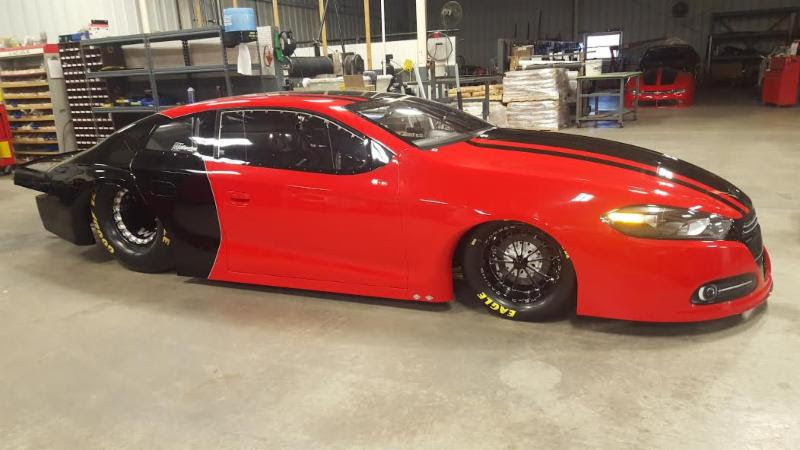 It was certainly a surprise when two time NHRA Pro Stock champ Erica Enders switched her livery from Chevy back to Mopar, but new Pro Stock rules require fuel injection over carbs and Enders’ Elite Motorsports is eager to get a win in the new EFI powered 2016 Dodge Dart, which was unveiled Wednesday, a month before Enders’ begins her pursuit of a third consecutive NHRA Mello Yello Drag Racing Series title. 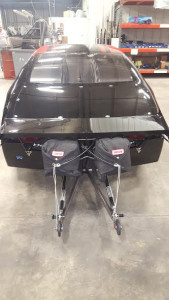 Like her prior championship-winning cars from 2014 and 2015, Enders’ car was built by RJ Race Cars in Galesburg, Ill. The car is built to new NHRA Pro Stock specifications, including several new rules for 2016 and beyond: fuel-injected engines with a 10,500 rpm limit, plus the removal of hood scoops and shortened wheelie bars.
RJ Race Cars, helmed by Enders’ crew chiefs, Rick and Rickie Jones, is also building a new Dodge for Enders’ teammate, Jeg Coughlin Jr. “Rick and Rickie take a lot of pride in the cars they produce,” Enders said. “They both have said these two cars are the best two pieces that have ever come out of their shop. That’s pretty cool.”
We can’t wait to see what the numbers look like coming out of Phoenix when Enders’ tests the Dart prior to the opening of the NHRA season in Pomona on February 12.