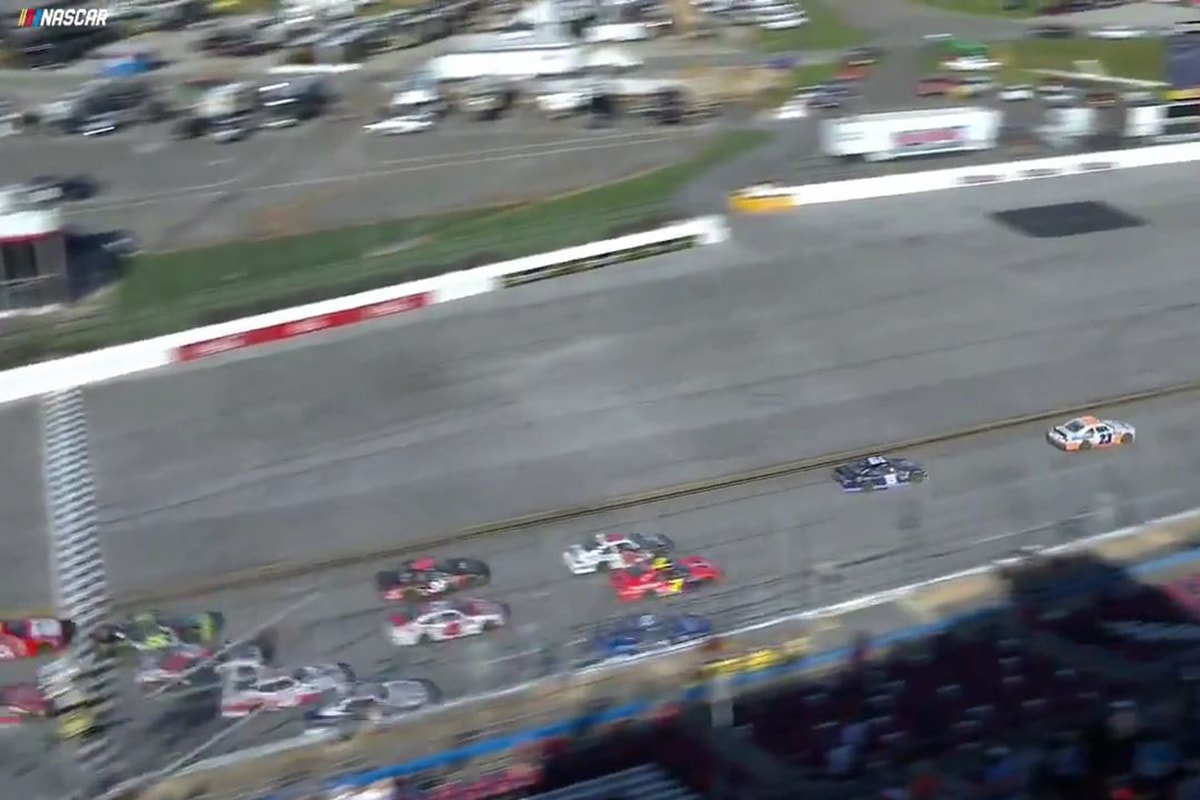 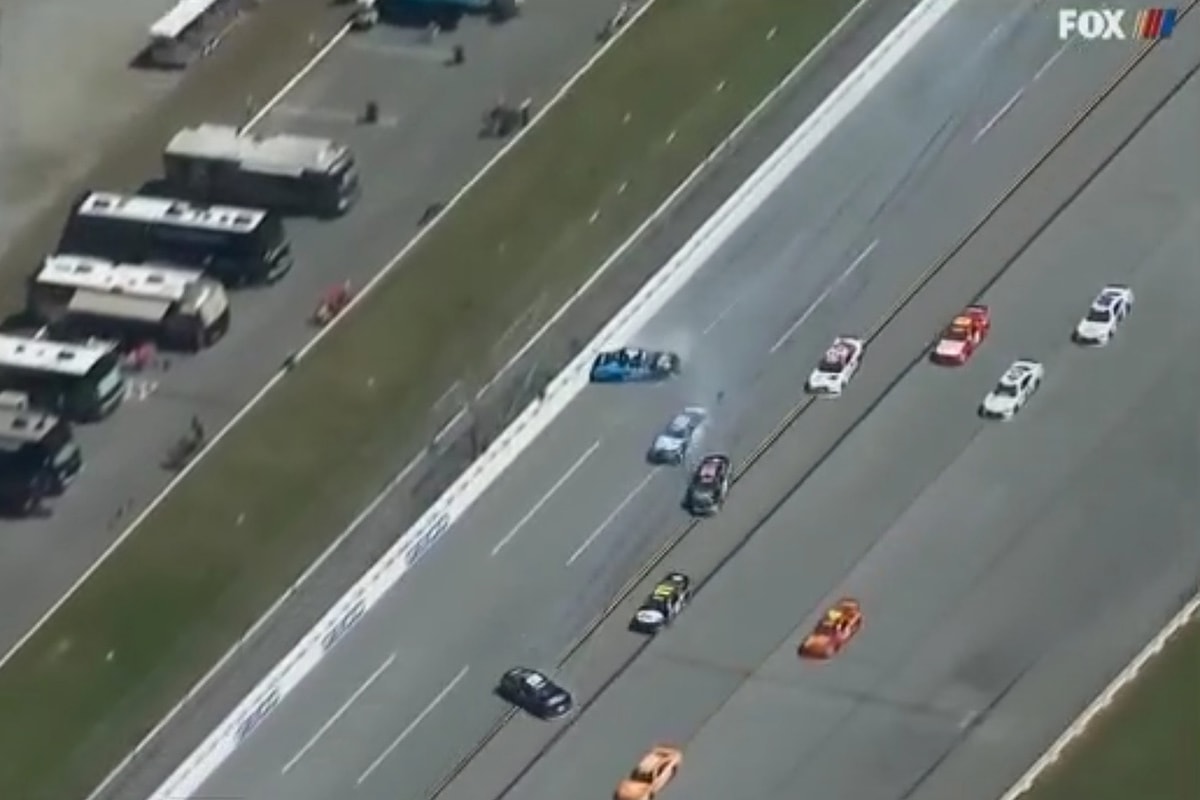 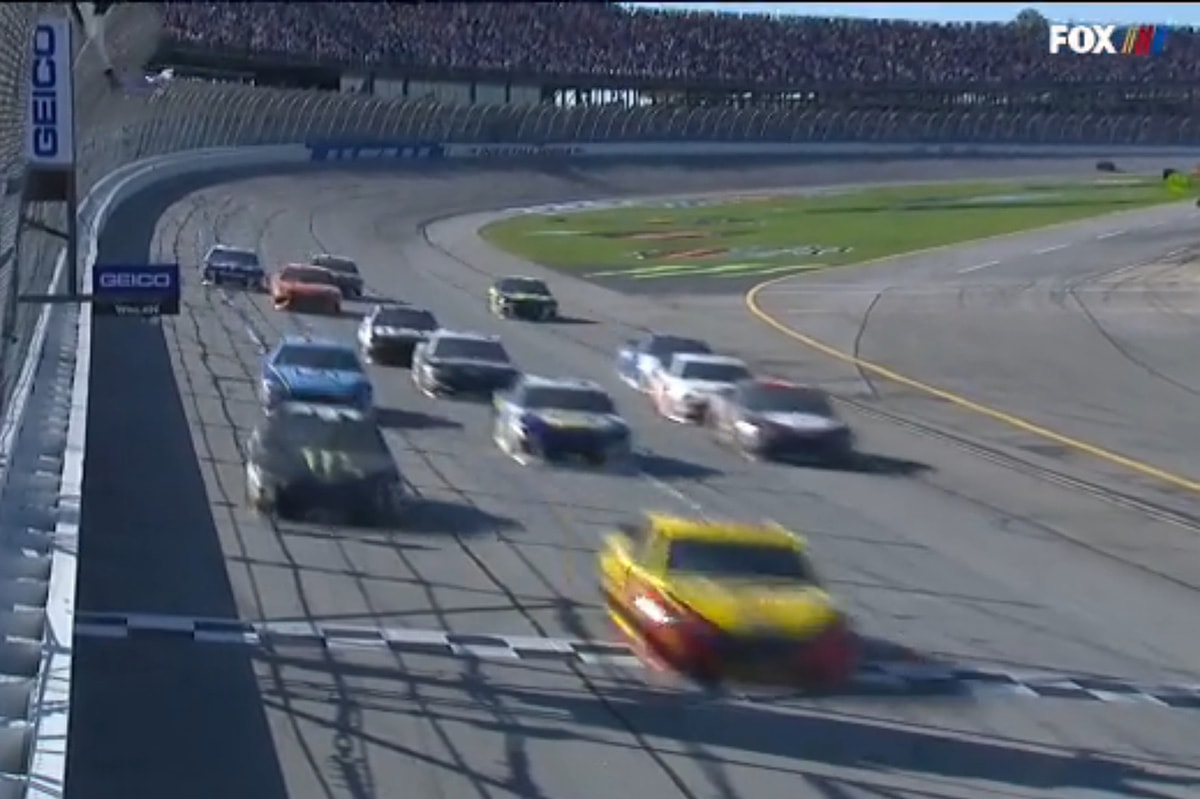 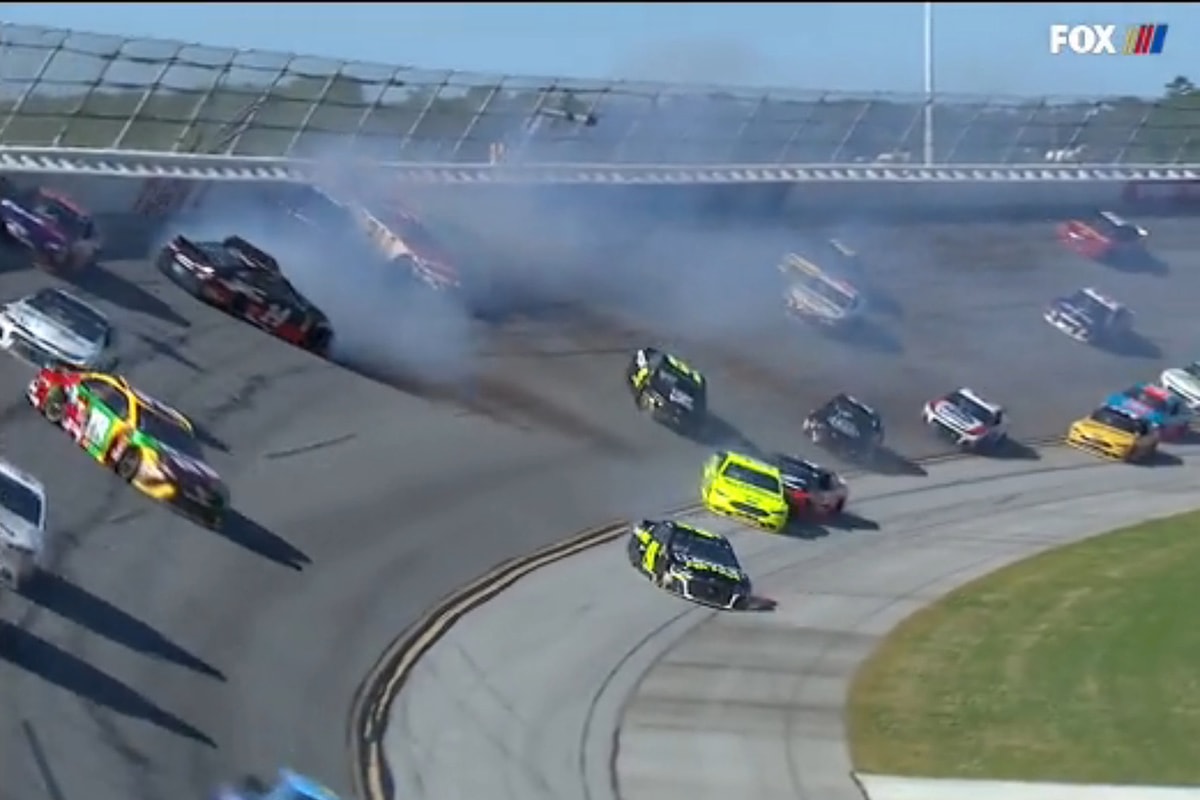 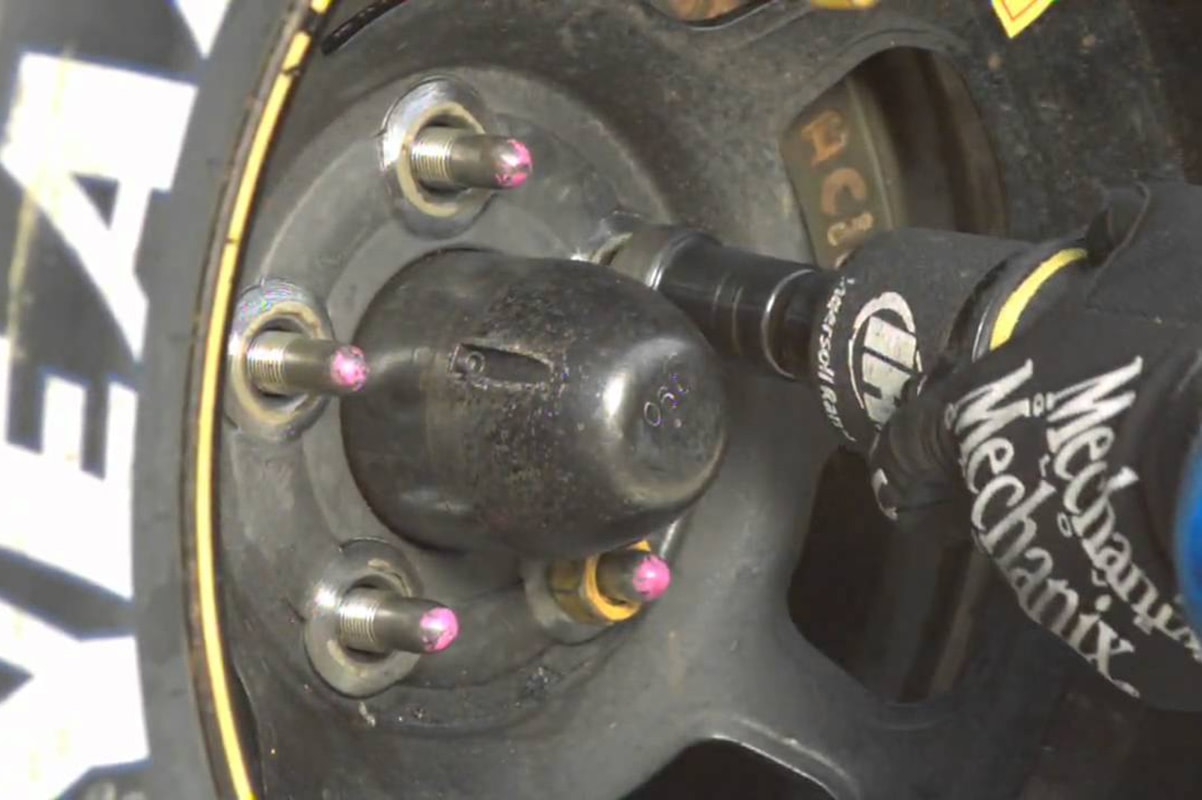 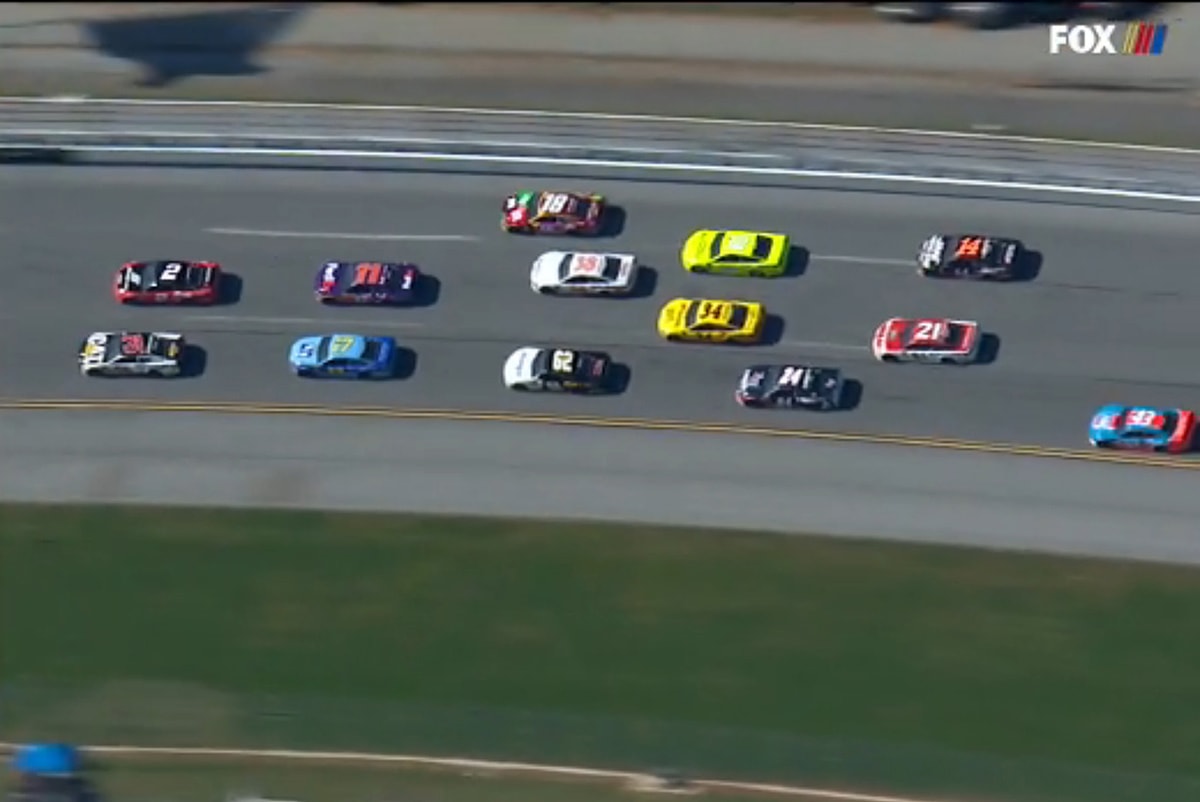 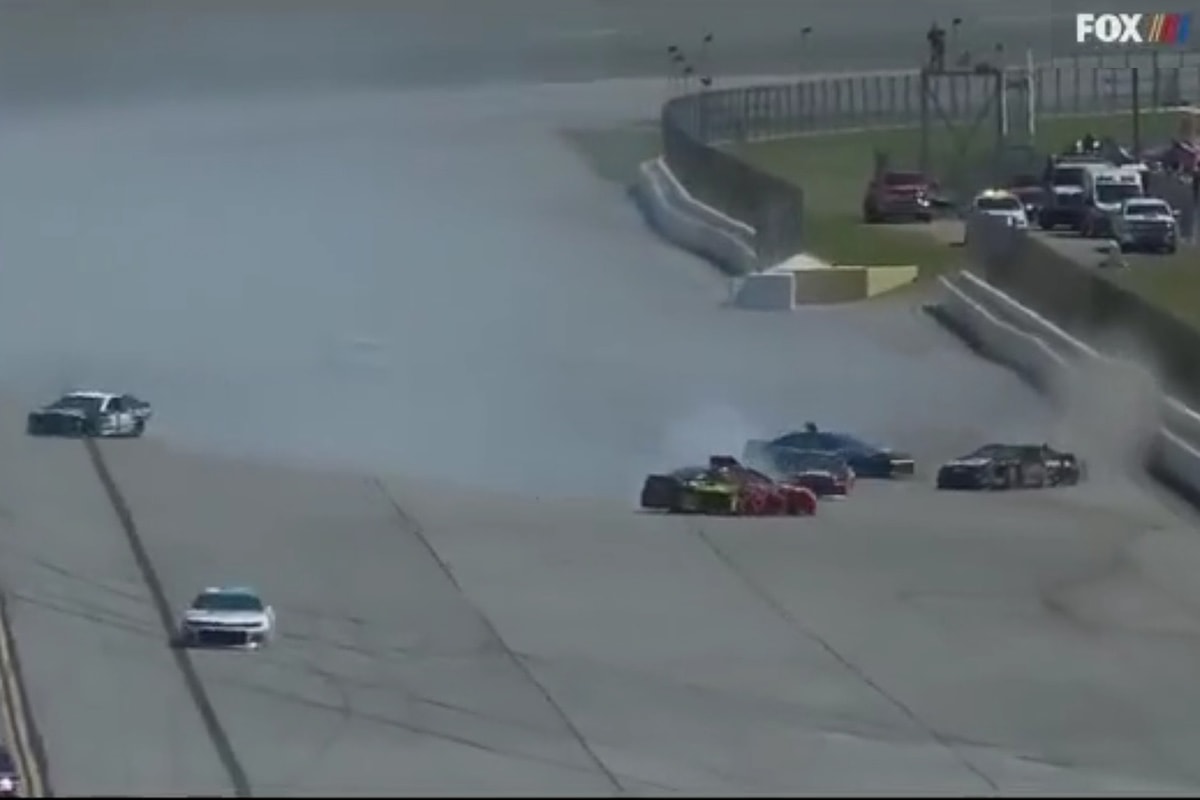 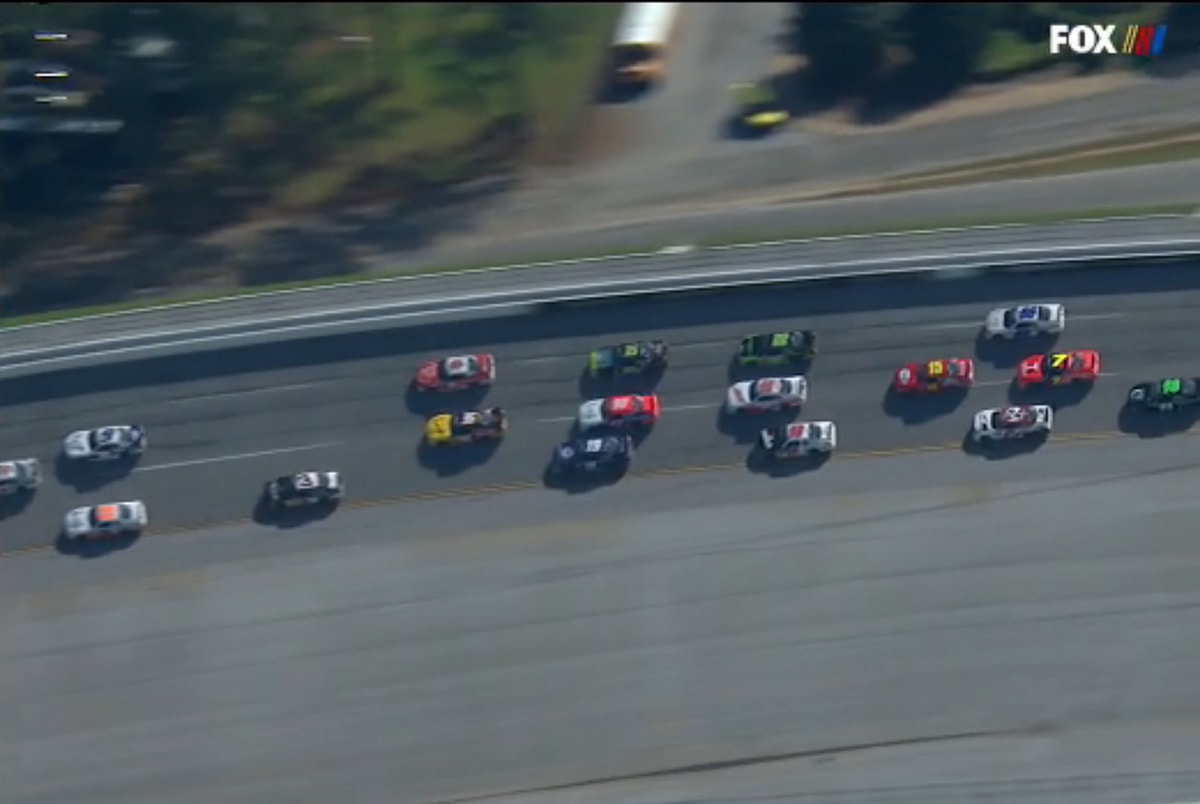 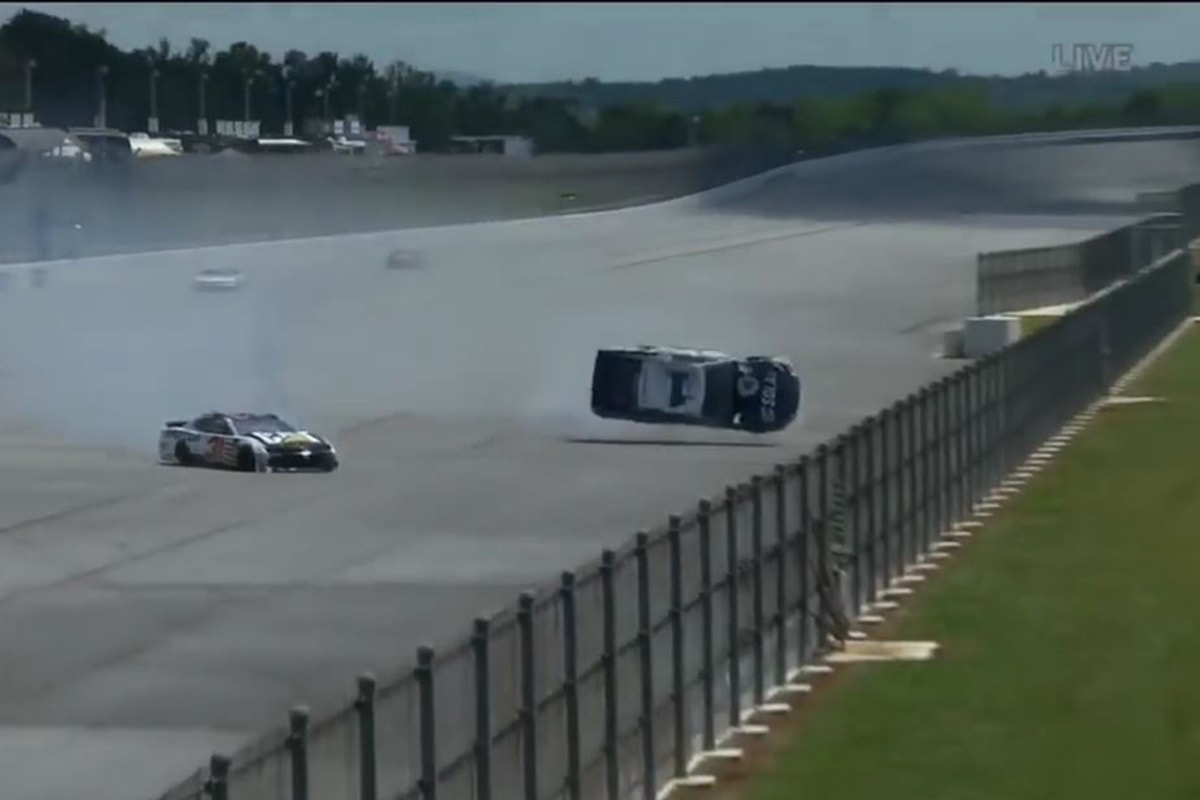 NASCAR went down to the great and unpredictable Talladega Superspeedway this past weekend. Spencer Gallagher had an awesome day on Saturday in the XFINITY Sparks Energy 300, taking the lead on the restart in NASCAR Overtime and blocking all the way around the track for the first win of his season. Joey Logano weathered “The Big One” to win the Monster Energy NASCAR Cup Series Geico 500 on Sunday.
Spencer Gallagher took his GMS Racing Number 23 to both the first XFINITY lap lead of his career and the first XFINITY win of his career. Gallagher was, naturally, ecstatic during the post-race interview. “Man, it didn’t seem real for a while there. For that whole last lap it was kind of a dream. You hear your spotter talking to you in the background, but all you’re really doing is looking in your mirror. It’s always wild, the last lap at Talladega, but we brought it home, baby! Got it done…”
Second place went to the Number 19 Joe Gibbs Racing car of Brandon Jones, while Justin Allgaier recovered from running out of gas with only a couple laps left in regulation for third place. Elliot Sadler was the highest-finishing Dash4Cash driver, coming in fifth to win the 100 grand for the second time in a row.
Jamie McMurray went for a wild ride in his Chip Gannasi Racing Number 1 during practice on Friday, getting clipped from behind and then t-boned by Ryan Newman, getting airborned and rolling and twisting down the track. Joey Logano avoided two “almost Big Ones” and “The Big One” late to drive his Penske Racing Number 22 to the win Sunday in the Geico 500 at Talladega Superspeedway. Logano stayed in the top ten pretty much throughout the race and led the most laps on the way to his win.
The first caution for contact didn’t come out during Sunday’s Geico 500 at Talladega until there were 19 laps left in the second stage. By then, Keselowski had already won the first stage and Logano was well on his way to a fairly dominating performance. Paul Menard in the Wood Brothers Number 21 was able to come away with the Stage 2 victory. “The Big One” happened late, with 23 to go, and was ignited by Jimmie Johnson and William Byron getting loose. A total of 14 cars were involved.
Three teams were penalized for “improper lug nut installation” after Richmond last weekend. In the XFINTIY Series, Matt Tifft's car was the only offender and his Joe Gibbs Racing Crew Chief Matthew Beckman was fined $5,000. On the Cup side, Kurt Busch and Erik Jones were both found to be in violation. Busch’s Stewart-Haas Crew Chief Tony Gibson and Jones’ Furniture Row Racing Crew Chief Chris Gayle were each fined $10,000.
Back to Post
About Mike Aguilar 388 Articles
Mike's love of cars began in the early 1970's when his father started taking him to his Chevron service station. He's done pretty much everything in the automotive aftermarket from gas station island attendant, parts counter, mechanic, and new and used sales. Mike also has experience in the amateur ranks of many of racing's sanctioning bodies.